In Men at Work’s opening act, Carl (Charlie Sheen) and James (Emilio Estevez) dream about one day opening a surf shop on the California coast. In most movies, their storefront dreams foreshadow the final shot – Carl and James handing a receipt to a customer on their first day of business. That’s not Men at Work though. Average blue collar garbage men, they put more effort into pranking co-workers than actually picking up trash.

Instead, the final image is of two police men, disrobed to their underwear, handcuffed to a playground toy, and seated in a “questionable” manner. That’s Men at Work.

Men at Work uses an anti-pollution angle to make the heroes, well, heroes

There’s a little raunch, a running poop gag, environmentalism, and a Weekend at Bernie’s scenario involving a dead politician. Oh, and a Vietnam veteran (Keith David) tagging along as he remembers his wartime experience. It’s eclectic.

Men at Work is also ridiculous, but funny in spurts. This isn’t a consistent performer, but Sheen, Estevez, and David make a fun comic trio in a movie instantly identifiable for the late ‘80s and early ‘90s quirks. Standing up for the underappreciated little guy, Men at Work uses an anti-pollution angle to make the heroes, well, heroes, and the cartoon villain a foil less for them than Captain Planet.

There’s accessible charm though. Focusing on such an undervalued dirty job, Carl and James attract an audience with their easy-going slacker identity, mixing breakfast smoothies that contain pills, booze, and yesterday’s coffee. They bowl with the trash cans, slam them on the ground, and otherwise don’t care. All they want is their shop, and they skirt by until then.

This makes their theatrical heroics all the more entertaining, and in its own stupid Hollywood way, even inspiring. If these idiots can save the globe from climate change, anyone can. Better still, they genuinely seem to care, even if it’s only to save themselves from definite prison time. Upon discovering a body, they take the dead man back to their apartment without any plan. They’re dolts, but fun ones, and their actions align with their character archetypes – panicked but utterly sure of their capacity to fix this. They do win, however accidental it is. 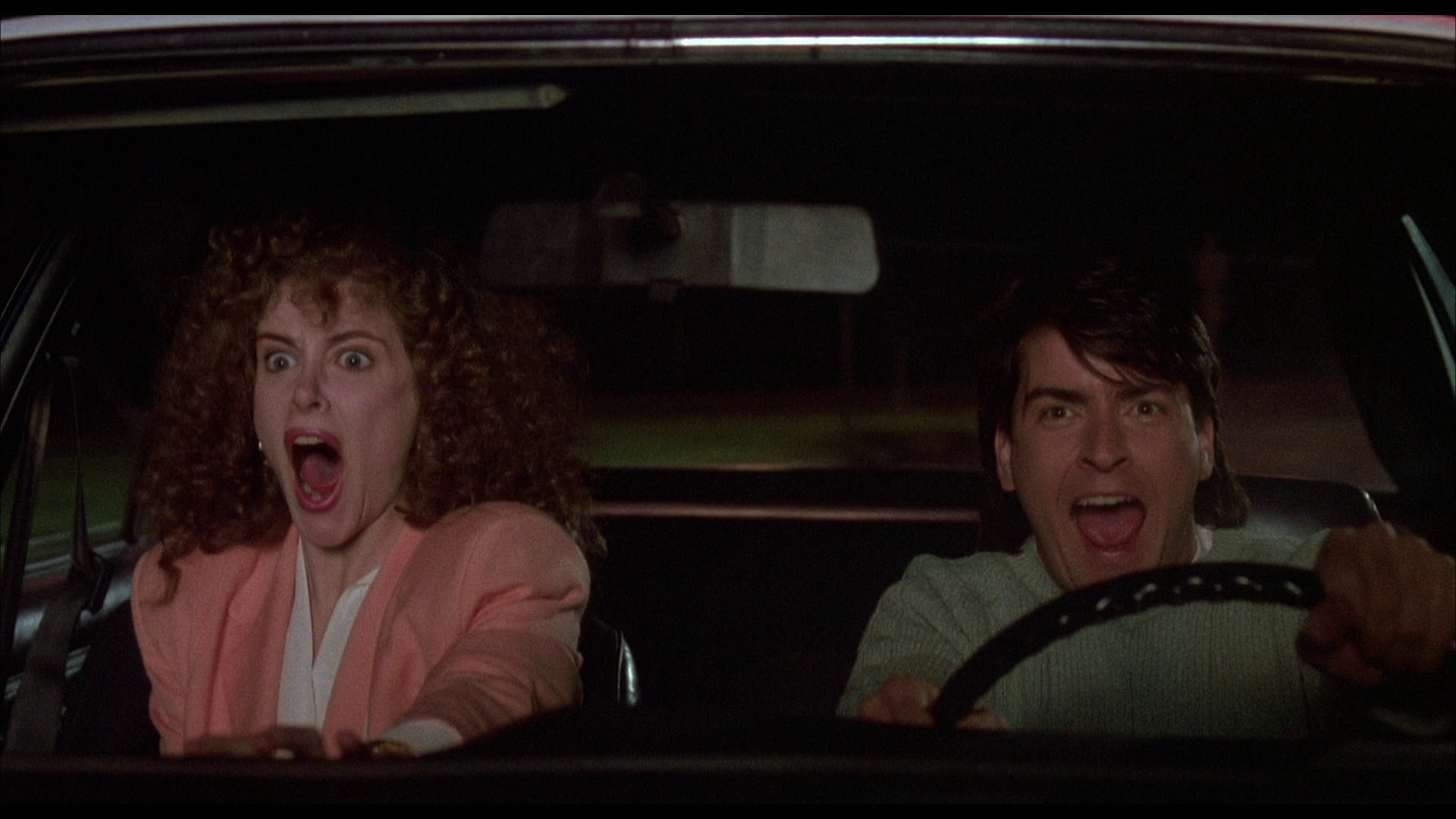 A rudimentary master greets viewers after booting this disc. Likely an older shelf-sitter print, damage and dust keep up their presence throughout Men at Work. The thick, heavy grain structure looks natural, at least for a lower resolution transfer. It’s thick, but well encoded.

Excellent color reproduction gives the primaries a shine. Some potent reds mingle with accurate flesh tones. Men at Work is bright enough too under the west coast sun, sporting crisp contrast and black levels near crush, if usually avoiding any loss.

Men at Work isn’t much for definition, sparsely defined. It’s HD, but borderline so, the source scan seemingly struck before the modern era of top-end 2K or 4K work. There’s enough to get by and it’s acceptable.

Equally acceptable, the perfectly fine PCM stereo track balances the dialog and music well. Fidelity barely reveals its age aside from occasional lapses like shoreline waves. Simple background music produces a small drop into the low-end, enough to give the sense of range alongside the clean treble.

Harmlessly goofy, Men at Work takes the blue collar worker into the world of corporate politics with reckless glee.