Making her feature film debut after shepherding the successful anime series A Place Further than the Universe, Atsuko Ishizuka crafts a bittersweet story about young friendship. Gently rewarding and poignant, the heartfelt movie should touch anyone who can remember the alienation and awkwardness of being an adolescent.

Goodbye, Don Glees! celebrates these teenagers coming to terms with who they are as individuals

Junior high outcasts Roma, Toto, and Drop are outsiders in their rural Japanese town, geeky boys mostly excluded from its social life. Roma and Toto have been friends forever, while Drop is the group’s junior member who once lived in Iceland. Suspicion falls on them when the isolated trio have their own private fireworks display and a nearby forest fire threatens the entire town.

Looking to prove their innocence, the three wander off deep into the woods. Tensions arise between the three friends on their journey, earnestly exposing underlying issues on what could be their last adventure together before walking their own paths in life.

While the movie dabbles in fairly common anime conventions, there are obvious Hollywood influences strewn throughout the engaging plot. It’s not hard seeing Stand By Me mixed in with a little Wonder Years magic if you look closely enough. Writer and director Atsuko Ishizuka doesn’t stray far from dramatic anime storytelling, borrowing a few tricks from Makato Shinkai’s wildly popular Your Name.

All three central characters are thoughtfully depicted, fully fleshed out inside the emotionally sensitive screenplay. The plot serves up a beautifully staged climax, a meaningful and clever bow-tie to everyone’s adolescent journey. Goodbye, Don Glees! celebrates these teenagers coming to terms with who they are as individuals, even as they deal with a surprising death. What should be a sad coming of age for these kids leaves a hopeful feeling. 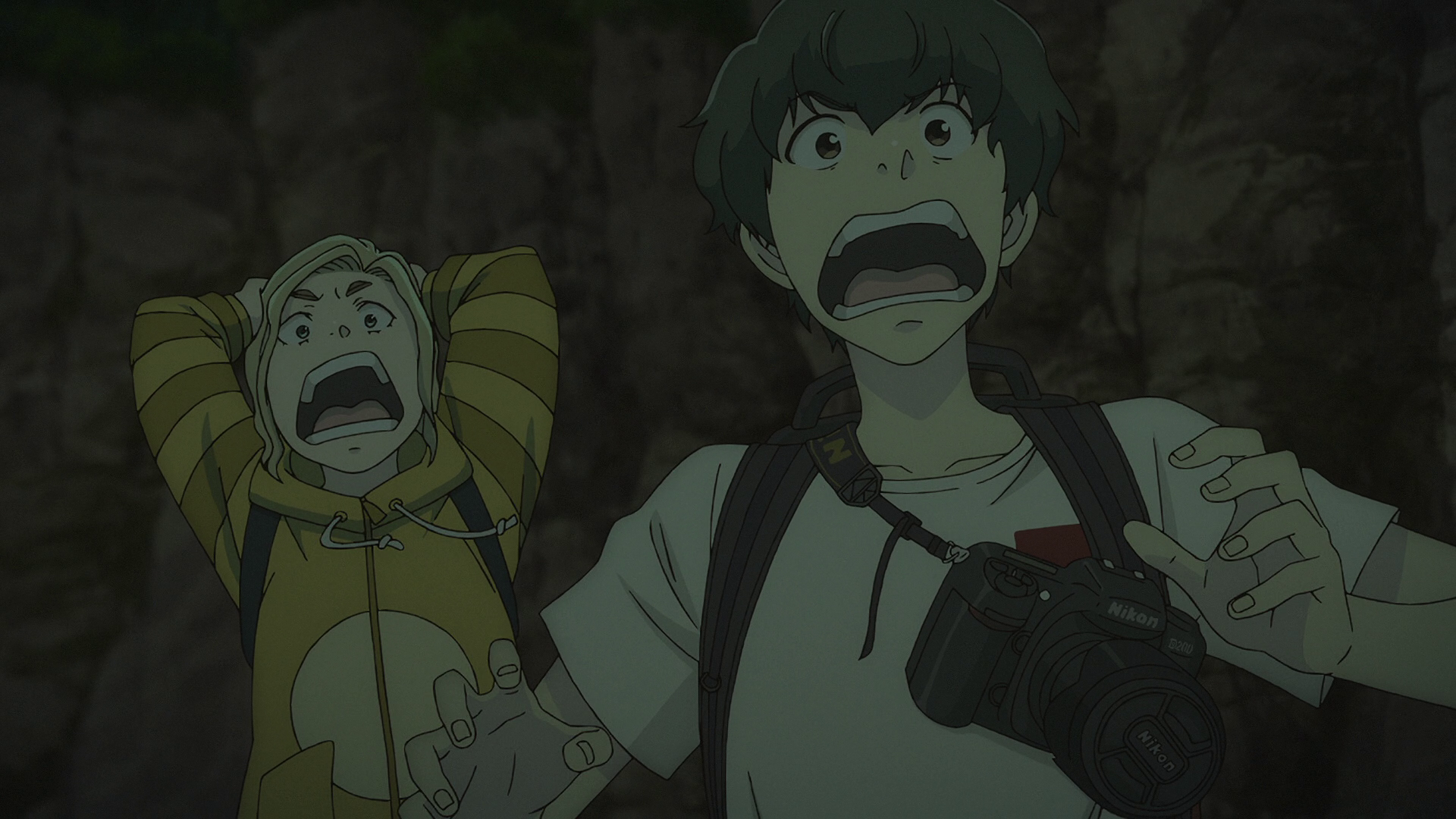 Without having seen the Japanese BD, I highly doubt the film could look much better than this excellent disc by GKIDS. They leave little room on the table for improvement at 1080p resolution. The 1.78:1 presentation has its moments for sure but the coming-of-age tale doesn’t quite offer the eye candy of lavish anime fare such as Spirited Away or Children Who Chase Lost Voices. Budget appears to be mid-range at best for a theatrical anime film.

The main feature clocks in at 95 minutes on a BD-50, encoded in transparent AVC without noticeable banding or chroma noise. The solid video quality isn’t flashy, favoring a more realistic palette with earthier colors. Character designs and art direction lean towards realism, though it’s a detailed style with expressive backgrounds and substantial visuals.

Goodbye, Don Glees! is a soulfully animated film which looks and feels very comfortable on Blu-ray. Missing the dazzling highlights often found in anime, the grounded storytelling approach extends to the stylish animation.

The disc includes both original Japanese audio and an English dub in 5.1 DTS-HD MA. The surround mixes offer excellent atmosphere and cleanly intelligible dialogue, if sometimes lacking in the engaging discrete activity of bigger productions. There’s an ambient bed of environmental noises and music is spread around the soundstage.

Dynamics are solid without the LFE channel providing much support in the fairly active mix. Channel separation primarily sits across the front soundstage with precise sound effects.

The Japanese cast includes Natsuki Hanae, Yuuki Kaji, Ayumu Murase, and Kana Hanazawa. The English cast includes Adam McArthur as Roma, Nick Wolfhard as Toto, Jonathan Leon as Drop, and Victoria Grace as Tivoli. I don’t strongly favor one soundtrack over the other, there are no bad choices between them. Purists will likely select the Japanese audio. The English dub is a satisfying effort with a fine line-up of voice actors.

Optional English SDH, English, Spanish and French subtitles play in a white font. Except for English SDH, all options provide a translation of the Japanese audio.

GKIDS furnishes this Blu-ray and DVD combo set with fewer special features than normal. There are no storyboards and only a single featurette, an interview with the director.

The Blu-ray is coded as Region A. Goodbye, Don Glees! has also been released on Blu-ray in Japan and the UK. A glossy slipcover is included with colorful artwork.

Interview with Director Atsuko Ishizuka (10:33 in HD; Japanese audio w/ English subtitles) – Rare for anime films, the female director and writer behind this movie discusses the setting and characters. She explains some possible influences, noting the similarities to the Hollywood film Stand By Me.

Goodbye, Don Glees! Trailers (07:09 in HD) – A series of five trailers for the anime movie, including the English dub teaser and full trailer.

Full disclosure: This Blu-ray was provided by the distributor for review. This has not affected the editorial process. For information on how we handle all review material, please visit our about us page.

An earnest and often poignant coming-of-age anime film influenced by Hollywood about three teenage outcasts maturing together and the power of their friendship.