Finally, hate The Deer Hunter for forcing a confrontation with truth.

World War II veterans came home to celebrations. The economy rebounded. In Deer Hunter’s Vietnam years, that gloss is gone. Factory workers dirty themselves, endlessly sweating over molten steel. City streets look stuck in time, poisonous smokestacks filling the skyline. What these working soldiers leave is what they come back to. Nothing gained, only lost.

Deer Hunter’s first act takes place almost entirely on a wedding day. Joyous and colorful and celebratory. After a solemn night at a local bar, Deer Hunter smash cuts to a Vietnamese village. Napalm incinerates the land. In that fire goes ideologies, bravery, and patriotism. Here, American flags don’t wave, and the enemy gleefully grenades civilians. The war sold by politicians (unseen in Deer Hunter) is not the war that was.

Deer Hunter is the antithesis to winning

Remarkable is Deer Hunter’s ability to say so much in such a small space with so few people. In Pittsburgh, Deer Hunter exists in a few blocks. In the war, a POW camp, with actors pinned down, waiting to die. Scope purposefully limits itself, distilling combat to its human cost, and not with numbers or large scale assaults. Rather, these average men who saw themselves and their country as invulnerable.

There’s violence, certainly, some graphic. The worst images come after. Wounded without arms or legs. Caskets loaded by the dozens. Those who make it uninjured endure lasting psychological damage. Home isn’t home – Michael avoids it at first, unprepared to accept handshakes and free beer for a job well done.

On TV, a news report plays, showing the US withdrawing, but in a projection of victory. Deer Hunter’s story closes by singing “God Bless America,” through quivering voices. A blessing was indeed needed. 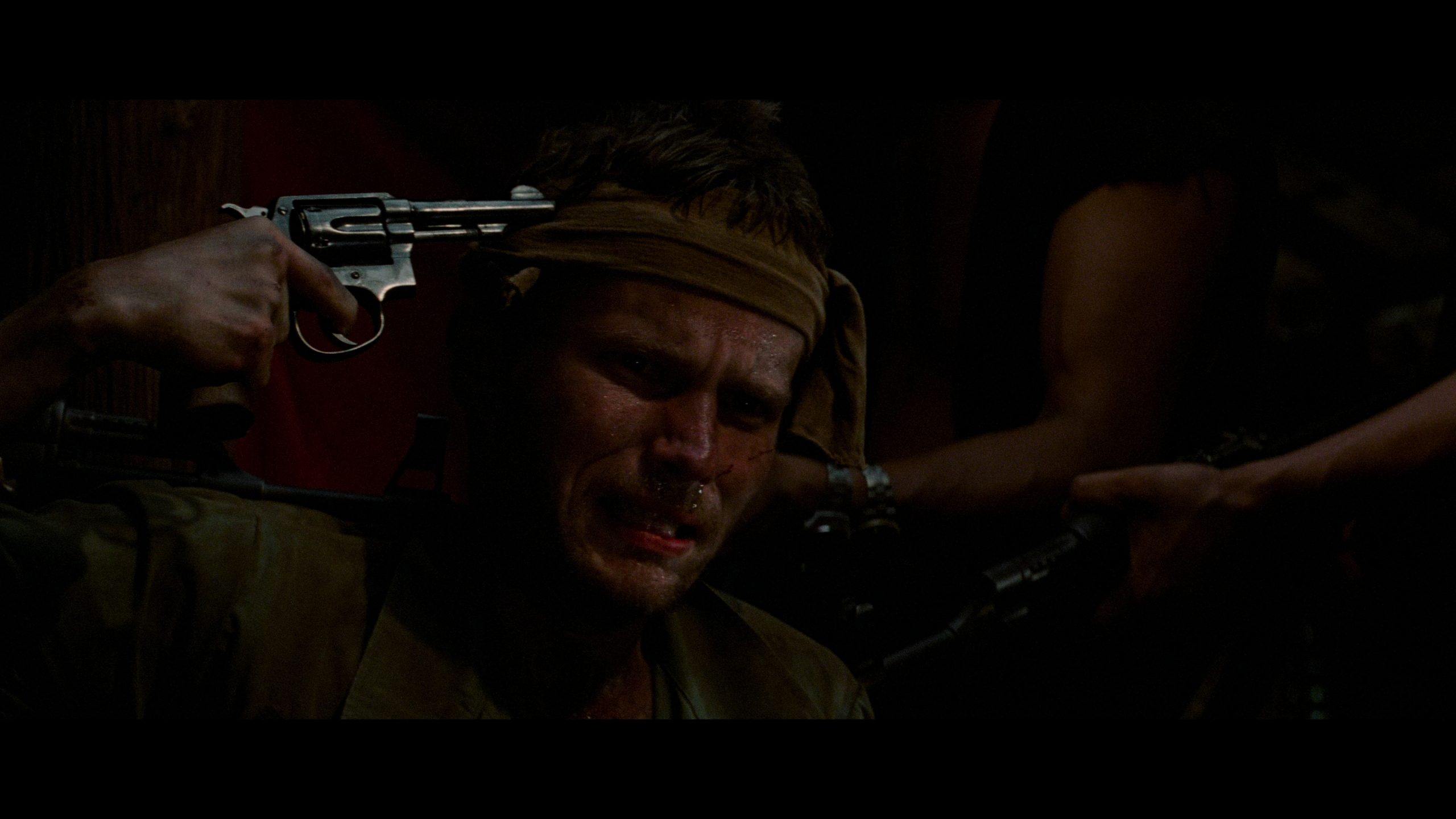 Granted Dolby Vision, those benefits bring precision black levels. Depth and density both, yet keen in maintaining shadow detail. In a small shot looking out from a window, a boat passes by a night sky. While almost totally black, it’s still possible to see the boat’s cargo. In contrast, the stained glass glow intensifies. Molten steel suggests the appropriate heat. Neon signs break from midnight bar runs. This is digital magic at work.

Well preserved through time, the DTS-HD mix envelops where needed. Sparks and machinery spread outward in the early going. Wedding ambiance stretches a little too. Primarily though, Deer Hunter sticks to stereos. Cars and voices split the fronts as necessary, enough to generate space.

The rest sits on the Blu-ray, including new interviews. Shout talks with John Savage and producer Michael Deeley. An older interview features critic David Thomson. A stack of previously seen deleted scenes, trailers, and a stills gallery finish up.

More than its stars or technique, The Deer Hunter searches for an uncomfortable truth about war and its impact on working class communities.