Sympathies to Vegas and Seattle

The Cold War brought on plentiful propaganda concerning nukes and the Soviets. All-out destruction was an ambient threat, not a direct one, a few exceptions aside (The Day After). Then there’s WarGames, which takes the United State’s own paranoia and under-preparedness to task.

By 2022 standards, it’s best to let WarGames’ technological side play itself out. That idea, a high school kid hacking into a military computer on the hunt for videogames, is especially ludicrous now. Back when the concept of a modem was alien to most people? It made perfect sense.

In WarGames, empathy and morality stop the missiles from launching

What matters is the militaristic aggression, panic, and near certain doom that happens as computers replace people. People feel, machines don’t, which to an ‘80s General, seemed perfect. In WarGames, empathy and morality stop the missiles from launching, hence the new WOPR computer making those decisions. While clear fiction, that change from human to machine happens with disturbing rapidity – no thought given to long term consequences or safety nets. All that matters is ensuring revenge.

For market appeal, Matthew Broderick stars, but WarGames’ merit comes from the programmer Falken (John Wood), a brutal fatalist who acts like WOPR’s coding – which he developed. Divorced from his humanity, Falken just wants extinction. There’s a fascination in his eyes as he discusses death and what happens to Earth afterward; it’s disturbingly open, honest, and true. His monologue (and Broderick’s impassioned defense of life) enhances the government’s naivety indirectly, having let this man handle such critical infrastructure without any mental evaluation.

Falken isn’t mad, just logical. Accepting. He assumes armageddon will happen with or without him. He gave up. The kids though, they still have a positive outlook. Maybe that’s naive, or just righteous; that’s why they’re heroes, besting the government’s greatest minds because they have a calling. It’s engaging to watch, not for the thought of annihilation or the tension, but rather for how WarGames so seamlessly sells the human factor. It’s essential to teach the computer principles and decency, the type of things that don’t fit programming logic. For that, it takes a world outlook of someone not burned out, seeking war, or a promotion. Kids always come through for those situations. 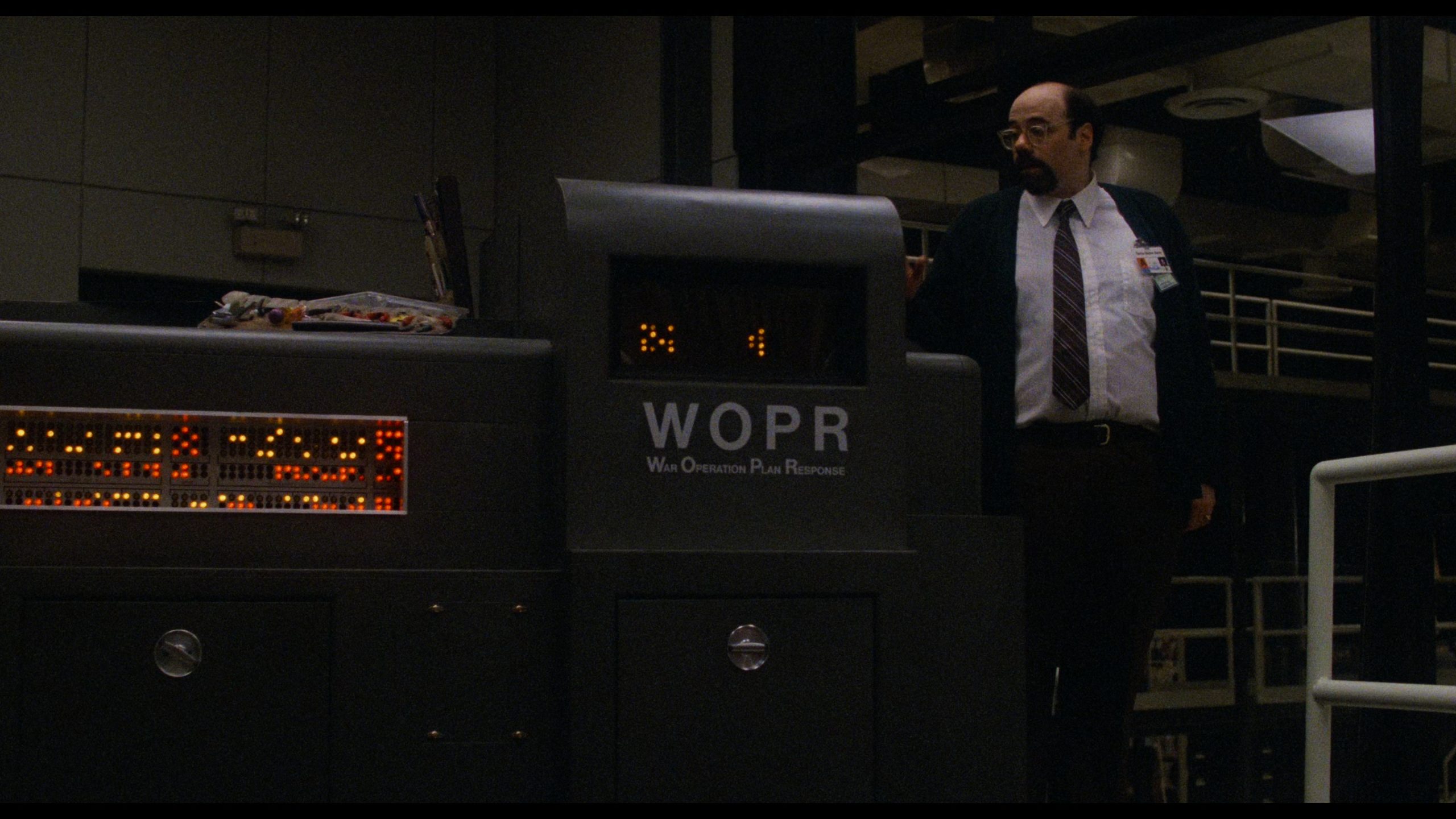 Hearty grain is preserved, and the encode struggles in places to keep pace. Overall, the imagery looks more digital, failing to sustain an organic appearance. WarGames isn’t a disaster by any means as the detail and sharpness break through regardless. Definition in close finds texture easily. It’s obvious this stems from a full 4K scan, even when the cinematography becomes fuzzy.

WOPR’s gleaming red and yellow lights show bold color. That goes for WarGames as a whole, quite dynamic at times while preserving the natural palette. There’s no sense digital grading is at play, at least not in any notable way.

Music adds its own bass, room-filling stuff at its best. Inside an arcade, machines hit each speaker, pinging stereos and rears. Air raid sirens blare through the rears as missiles launch, and the computer generates a heavy thud when simulating strikes. Usually the mono mix (also included) has merit, but other than for purists, the surround mix is the preferred one.

Shout Factory brings a commentary from director John Badham, joined by writers Lawrence Lasker and Walter F. Parkes; that’s on the UHD and Blu-ray. Other bonuses are on the Blu-ray only. This includes a number of older extras, beginning with the 45-minute retrospective. NORAD comes next, looking into the facility over 11-minutes. WarGames’ impact on hacker culture is looked at over 13-minutes. The final bit (other than a trailer) explores Tic-Tac-Toe.

While technologically and politically of its era, WarGames holds relevancy now for its nuclear fears and high school antics.