The One with a Boat Fight

The final movie to star the martial arts trio Chan, Sammo Hung, and Biao Yuen together, Dragons Forever sifts through Hong Kong’s seedy professionalism, taking the capitalist system to task as the rich buy what they want to silence critics. In the beginning, all anyone cares about is their cut, Chan included.

That gives life to the characterization and their story arcs, mixed in with goofy rom com love that sees Chan falling for the opposition. Dragons Forever can subsist on that entertaining farce, even as the cliches pile on. There’s the dinner in which Chan must keep his girlfriend in the dark about others in the home, and a manic boat date that ends in sensational fisticuffs. It’s charmingly uncomplicated, routine, and predictable, sustained because Chan is such a joy to watch flailing around, trying to save the relationship; his action-comedy timing remains unmatched.

Then come the fights, among the most splendidly choreographed outbursts in Chan’s career, and that’s not said lightly. Short of Police Story’s epic mall battle, the amount of shattered glass during Dragons Forever’s finale is unbelievable. Stunt work looks absolutely painful, and the speed doesn’t even seem possible for human beings.

Happening in triplicate, the camera jumps from Yuen, Hung, and Chan, each locked in combat with different foes, putting aside their differences for the common cause. Yuen, playing a hyper-liberal political oddball, is given the funniest dialog and has the martial arts skills to help. Hung, stoned on injected drugs, still puts up a defense, while Chan clashes with Benny Urquidez, a one-on-one spat that splashes across the screen as if a miracle. Every punch and kick hurts as they sell the blows; their landings look even worse. Better, there’s enough narrative to make this all matter. 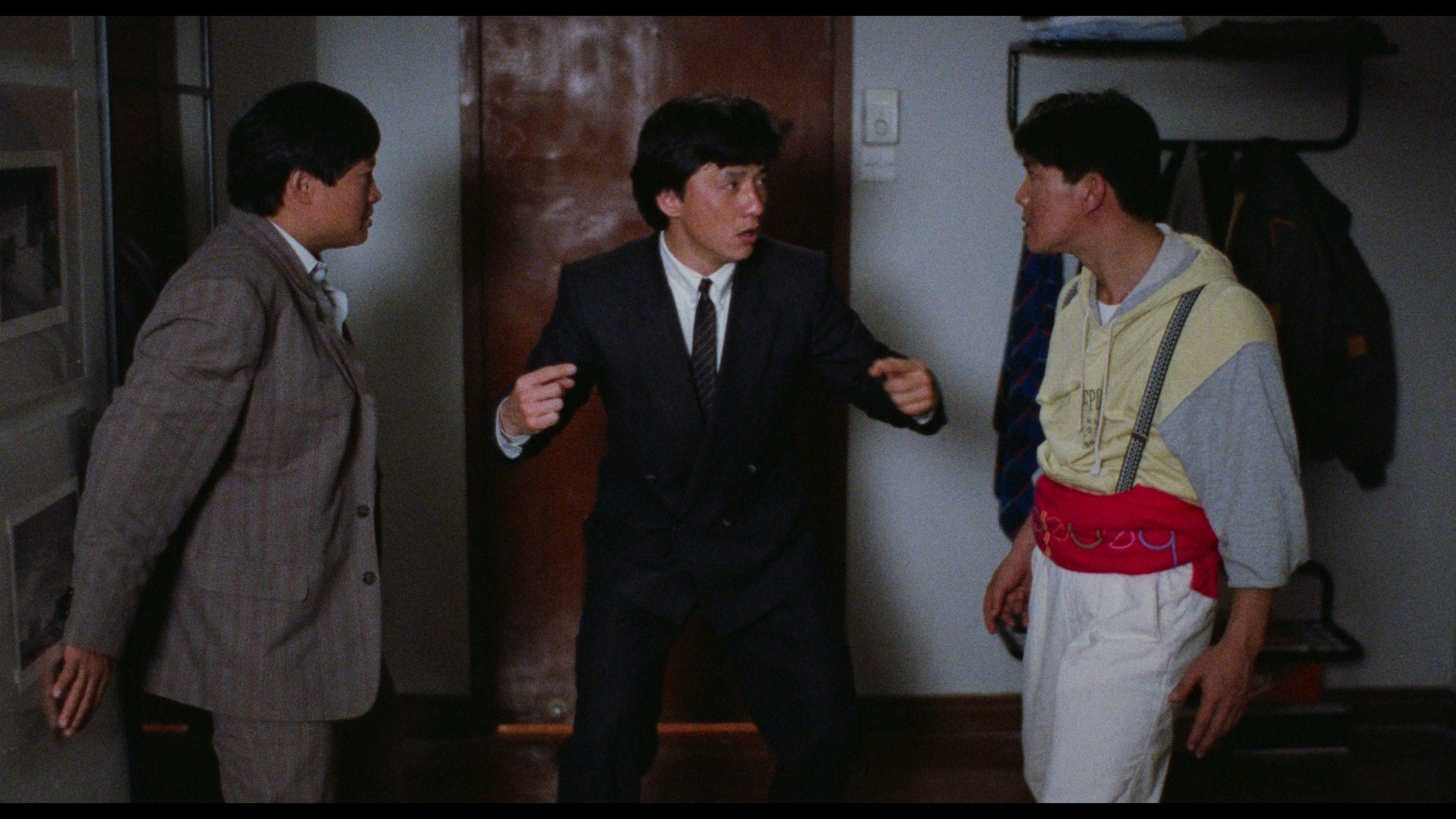 It’s possible to draw a complaint regarding this encode. The film stock’s grain structure poses a consistent challenge, and the compression will succumb to chroma noise often. However, this doesn’t come at much cost. Dragons Forever astonishingly sharp, and the defined master won’t lose detail to the artifacts. Instead, detail swells within the frame. Texture bests any previous video edition by miles, if not lightyears. The level of fidelity, the cleanliness of the print, and constant, impressive resolution are truly astounding.

Plus, there’s the color, heightened by a flush Dolby Vision pass. Warmed flesh tones look elevated but not offensively so. Generous saturation brings primaries healthy vividness to the film, to the peak of each hue but without turning into bleeding.

Cantonese Atmos joins Cantonese mono, English dub mono, a 5.1 English mix on the HK cut. In Atmos, the music favors the surrounds heavily, almost distracting in intensity. Positionals show excellent directionality, tracking things like doors closing behind the listener or water splashing around, even if the effect comes through artificially; rear speakers elevate in the mix, creating imbalance. An echo inside Sammo Hung’s empty apartment is more annoyance than natural effect.

In short, stick with restored mono. There, the fidelity is just a strong, and minus the distracting effects.

The 4K disc houses extras in bunches. Frank Djeng and FJ DeSanto handle commentary on the Japanese cut. Mike Leeder and Arne Venema do the same, but for the Hong Kong version. Note the international cut is here too, but with no commentary.