Lifeforce ticks endless boxes for classification. At times, it’s a throwback to the 1950s space-born paranoia, but rebuilt for NASA’s shuttle era. It’s trashy sexploitation, a prototype for Species a little over a decade later. Vampire space zombies descend onto London streets in a pure schlock finale. But there’s the persistent intellectual tenacity of British sci-fi/horror linked to the violent outbursts started by Hammer Films too, defying any one description as Lifeforce’s action plays out.

Everything is, of course, upgraded for 1980s modernity, including visual effects of which Lifeforce utilizes judiciously. Rarely does Lifeforce stop, on a straight messy blitz through this story, eager to see things explode, whether they be bodies or buildings.

The narrative is built on lust and uncontrolled urges as a lithe, usually nude space vampire seduces men, viewed either as a feminist power trip or shameful act of a male-dominated industry. Either fits, because again, Lifeforce doesn’t decide on much; it’s part everything. There are moments where this feels indistinguishable from Euro classics like Quatermass Experiment, albeit in color.

At its most interesting, a possessed doctor speaks on life after death, a discovery granted to him by these extraterrestrial mind controllers. That instinctual urge to protect life and self is used against those not yet turned, the aliens using raw lust and defiance of nature’s laws to create their race on Earth. The vampires act like drones or machines and treat humans as similarly programmable, even simple.

Those ideas however fall to the wayside. So too do characters and plot threads, turning Lifeforce messy, inconsistent, and imprecise. Visuals carry the eye, the miniatures, matte work, make-up, and puppetry exquisite. Elaborate designs steer between cartoonish and serious, if always fetching. If there’s reason to revisit – aside from the extreme male gaze centered on Mathilda May’s body – it’s the effects. Lifeforce has plenty. 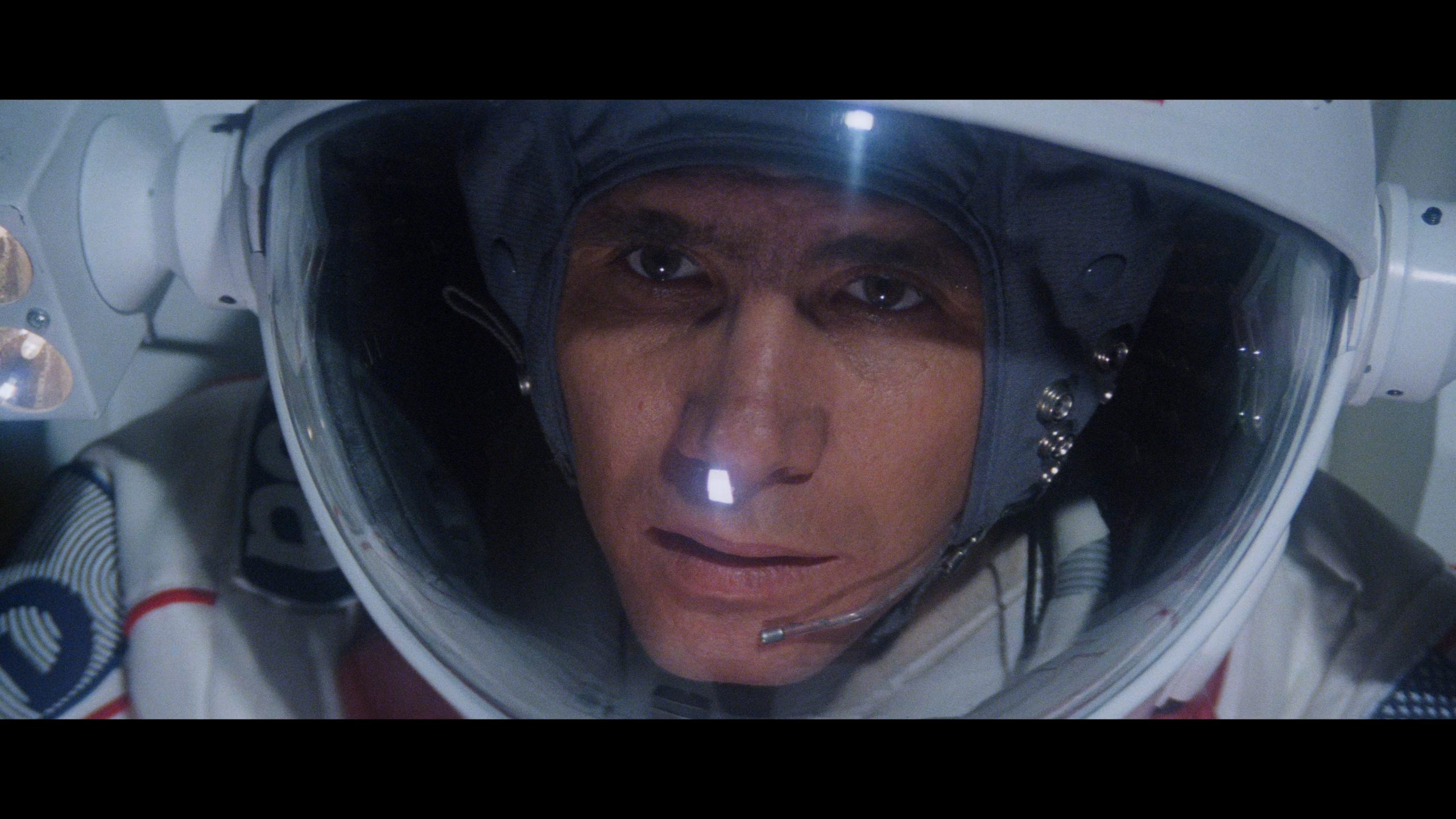 Excusing the inherent softness in the visual effects, Scream Factory’s 4K presentation of Lifeforce is quite spectacular. Gobs of resolution pour onto the screen revealing notable precise detail. Texture starts high and stays there, held in place by the natural (and well resolved) grain structure. Spikes in the film stock pose no issue, staying clean thanks to the faultless compression.

In deep space, headlamps pierce the black, exhibiting intense dynamic range. Thank the Dolby Vision pass for that. Lifeforce doesn’t hold back, delivering on pristine shadows and the bold brightness with superb peaks in intensity. Dimension is full bodied and pure, the best of ’80s era restorations.

Equally lush is the color, vivid from the flesh tones to the basic primaries. Early shots showing the green comet trail show a vibrancy that’s appropriately unreal. Richness in the reds remain impeccable throughout. The print stays clean, a few specks aside on occasion.

Dated, loose bass adds weight to this refreshed Atmos track (with 5.1 and stereo DTS-HD options on offer too). May’s electrical powers generate a rumble that’s imprecise if noticeable. Lifeforce drags its age along with it.

Frequently used height channels arguably are used too much so, constantly adding lift to the vintage audio. However, the strained fidelity and crude sound effects never “fit” properly to the modern techniques. The same goes for the surrounds, hyper active and oftentimes cloned from the stereos for minimal directionality, just noise. A few scenes fare better than most (Patrick Stewart’s “dream” drops chairs and papers around the soundstage), but it’s otherwise mundane.

The UHD contains only the theatrical cut. Tobe Hooper’s director’s cut sits on a separate Blu-ray, joined with two commentaries. Tobe Hooper is interviewed by Tim Sullivan on the first. The second involves make-up designer Nick Maley, with moderator Michael Felsher joining him. On the Blu-ray containing the theatrical version, interviews include Mathilda May, Tobe Hooper, and star Steve Railsback. Trailers and stills complete the rest.

Sloppy and unfocused, Lifeforce’s hybrid of British sci-fi and horror finds its best when being outlandishly visual.