The first two acts nonchalantly deal with a series of rough nights out on the job, often inside expensive hotels with abusive men. Ai is going through the motions, oblivious and emotionally damaged. She begins having a nervous breakdown as we learn about the ongoing source of her unhappiness.

Tokyo Decadence definitely earns its NC-17 rating with prolonged sexual encounters involving Ai. Part social commentary on Japan’s bubble economy in the 1980s and what it meant for society, she recklessly pursues a former lover who broke her heart.

Miho Nikaido gives a vulnerable performance as Ai, carrying the burdens of a broken heart. The young Japanese woman works for an escort agency dealing across the entire spectrum, everyone from rich businessmen to yakuza. Through her clients we receive a fractured glimpse of Tokyo’s problems.

Tokyo Decadence explores a wide range of kinky and often extreme sexual practices, though it’s all approached from a detached perspective. Ai’s reactions are more revealing about her clients and their own whims. The narrative takes its time unveiling her backstory and why we should empathize with her tragic circumstances.

Murakami’s storytelling is rich and layered, bolstered by music from Academy Award-winning composer Ryuichi Sakamoto. Actress Miho Nikaido is exemplary, offering a moving portrayal which plumbs the depths of her lovelorn call girl. Explicit sex is part of Tokyo Decadence’s appeal but the movie’s aim is not particularly carnal in nature. It’s a deeper exploration of the cultural fault lines within Japan, dealing with the fall-out from the country’s explosive growth in the 1980s. 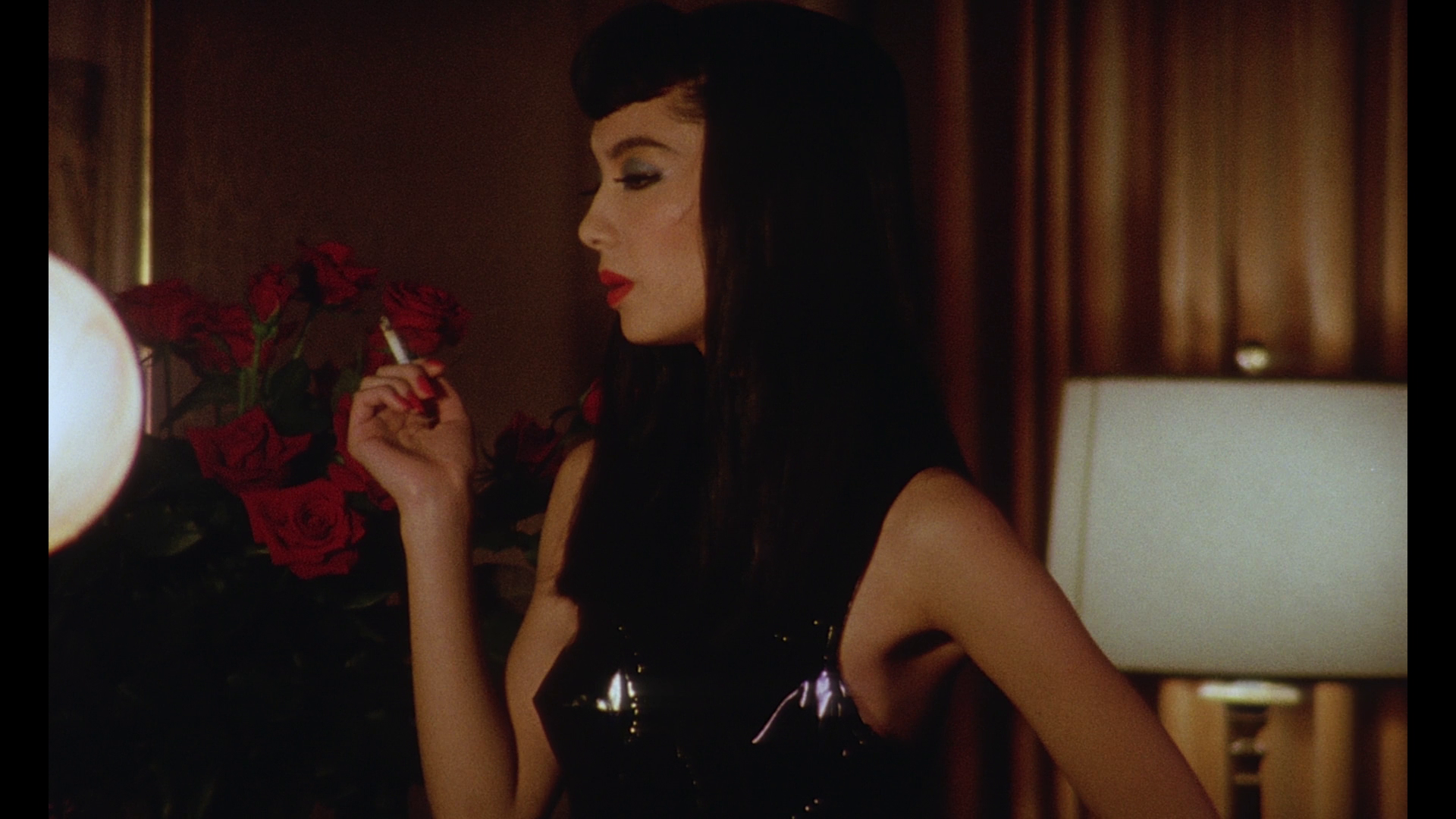 The 1.66:1 presentation represents a satisfying but underwhelming HD experience. It’s an older, unprocessed film transfer likely struck from the negative. Detail and definition are fairly soft, hampered by a darker contrast and occasionally limited shadow delineation. The film-like presentation comes with negligible dirt and debris.

The original monaural Japanese soundtrack is offered in satisfactory 2.0 PCM. A terrible English dub in mono 2.0 PCM is included. There’s no comparison between them. The English dub is significantly worse in terms of nuance and thematic impact. Dialogue is quiet but intelligible, mixed with no audio compression or limiting.

Oscar-winning composer Ryuichi Sakamoto contributes a fine but largely forgettable score. It’s not his most notable work but the orchestration is nicely recorded in clean clarity.

Unearthed Films brings the Japanese cult thriller to North America on Blu-ray for the first time. The backcover lists the disc as Region A but it’s actually coded for all regions. A cardboard slipcover is available and arrives in a clear case with reversible cover art. There’s nothing new found here in the special features, brought over from earlier DVD releases. English subtitles are included for the foreign-language supplements.

Making Of Featurette (08:01 in SD) – An older archival featurette in Japanese which is incorrectly listed as a making-of piece. Murakami, Sakamoto and the cast appear in brief interview clips with a little behind-the-scenes footage from the wrap-up party.