The Untold Story is a landmark film in Hong Kong exploitation history. Starring an award-winning performance by actor Anthony Wong (IP Man: The Final Fight), a demented restaurant owner serves up pork buns made from his victims. Known in Hong Kong as a Category III film for their equivalent of the NC-17 rating, the off-kilter 1993 thriller ends with some of Hong Kong’s most raw and goriest filmmaking.

Bleak, violent and made with a dark sense of humor, The Untold Story is supposedly based on true events. In 1978, a restaurant owner is grisly murdered. Eight years later on a Macao beach, kids randomly discover the severed hands of a fresh victim. A squadron of bumbling cops begin snooping around when suspicion falls on Wong Chi Hang, the mysterious new owner of The Eight Immortals Restaurant.

Renowned for their tasty pork buns, no one is aware what’s in the meat. The police begin to question things when they investigate the restaurant’s original owner and his unexplained disappearance.

Graphic and haunting, The Untold Story shocks with its visceral storytelling

Made for adults, The Untold Story is an odd combination of gory exploitation, cheeky humor and true crime thriller. Loaded with blood-soaked action, it’s brutal and nasty filmmaking. One of the more infamous Category III films to come out of Hong Kong, the uneven tone helps make the story more memorable than if it had been played completely straight.

Graphic and haunting, The Untold Story shocks with its visceral storytelling and the vivid performance by Anthony Wong as the killer. Not for the weak of heart, this is Hong Kong exploitation with a few dated quirks. The Untold Story was The Texas Chainsaw Massacre for Hong Kong’s thriving ’90s Cat III market, sprinkled with a little black humor. 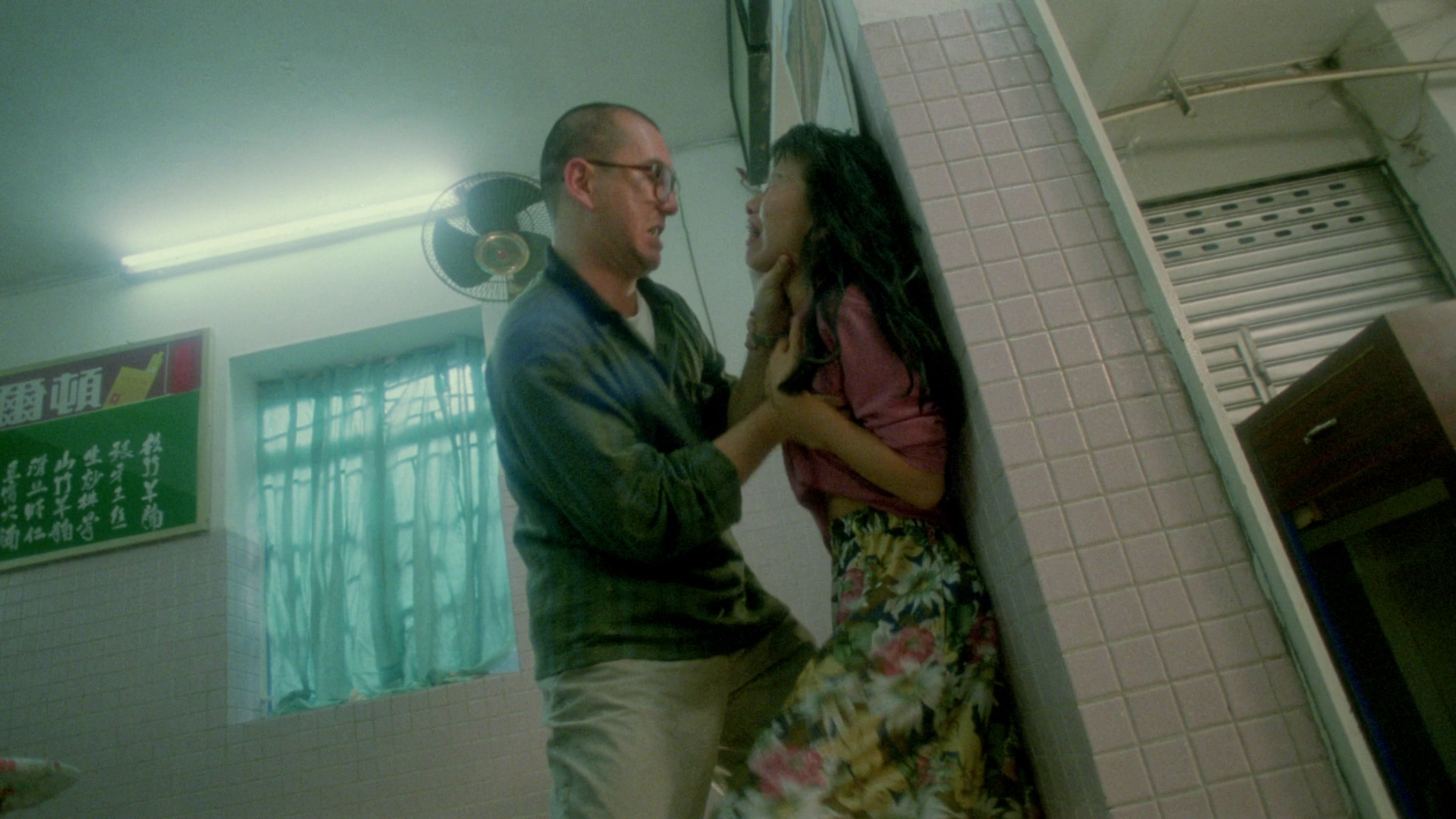 Visually speaking, Yau’s film and cinematography is rather pedestrian. Unearthed uses a mostly solid 35mm film transfer for The Untold Story without egregious filtering or sharpening. The film elements are nearly pristine, though shadow delineation and color intensity are uneven.

Unearthed includes both the original Cantonese and Mandarin monaural soundtracks in 2.0 PCM. Like most Hong Kong productions from the era, much of the dialogue has been dubbed. Made on the cheap, these are serviceable recordings with fairly crude audio design. There are no major fidelity issues involved.

Unearthed Films puts out their most comprehensive package yet for this special edition of director Herman Yau’s daring Category III flick from the ’90s. The Blu-ray is coded for all regions and arrives with a slipcover. A tiny booklet with an essay by Art Ettinger of Ultra Violent introduces the film.

This is by far the most complete and packed edition ever made for The Untold Story. It ports over the two older DVD commentaries and adds a third commentary, not to mention a fantastic feature-length documentary about the rise of Category III exploitation flicks in Hong Kong. The commentaries are very hit or miss, with some gaps in the Wong commentary.

Directed by renowned exploitation expert Calum Waddell, this 2018 feature-length documentary covers the rise of Hong Kong’s exploitation scene in the ’80s and beyond. A wide variety of talent and other talking heads discuss the explosion of content and genre landmarks during the decade, including actor Anthony Wong and notable commentator Bey Logan. This is an incredibly juicy bonus for Hong Kong cinema lovers and worth the price of the disc by itself.

Cantonese Carnage: An Interview with Rick Baker (13:38 in HD) – The new interview has the practical effects maestro recalling the early days of Hong Kong filmmaking.

A dark, grisly thriller from Hong Kong’s early exploitation scene that combines brutal gore with a nasty sense of humor.

The 15 unaltered images below represent the Blu-ray. For an additional 23 The Untold Story screenshots, early access to all screens (plus the 120,000+ already in our library), 120 exclusive 4K UHD reviews, and more, subscribe on Patreon.