“All happy families are alike; each unhappy family is unhappy in its own way.” Tolstoy’s famous opening line from Anna Karenina perfectly fits Robert Redford’s stirring directorial debut Ordinary People. Winner of 4 Academy Awards, including a dubious Best Picture win over classics such as Raging Bull and The Elephant Man, the intimate domestic drama features a top-shelf cast depicting the inner struggles of a dysfunctional family.

Mary Tyler Moore, Donald Sutherland, Judd Hirsch and Timothy Hutton star in the intelligent drama. Hutton’s Oscar win for Best Supporting Actor would make him the youngest to win that honor in history.

It’s not Robert Redford’s most enjoyable film but Ordinary People is a rich, thoughtful effort from the icon

Based on the acclaimed novel by Judith Guest, an upper class family is torn apart by tragedy. Tormented by survivor’s guilt, moody teenager Conrad (Timothy Hutton) attempts suicide after surviving a tragic boating accident which took his older brother Buck’s life. Returning home following some time in a psychiatric hospital, Conrad deals with his mental anguish with the help of a caring psychiatrist, Dr. Berger (Judd Hirsch).

Conrad’s therapy unveils a fractured relationship with his mother Beth (Mary Tyler Moore). Buck and Beth were very close and she’s grown emotionally distant from her remaining son after Buck’s death. Conrad’s busy father Calvin (Donald Sutherland) appears fine on the surface but the family’s seemingly pleasant exterior is a facade for their underlying dysfunction.

Robert Redford shows a deft hand as a first-time filmmaker on Ordinary People. The cast is uniformly excellent, particularly subtle performances by Donald Sutherland and Judd Hirsch. Television darling Mary Tyler Moore received a Best Actress nomination for her portrayal of the cold mother, though it’s not a particularly stand-out performance beyond her normal talents. Timothy Hutton gives an honest, heart-felt performance as the troubled teenager attempting to process his brother’s death. His nuanced depiction is the emotional centerpiece of the Oscar-winning screenplay.

Ordinary People has realistic characters handled by a strong cast, tackling emotional issues without an overly sentimental or dishonest approach. It’s strong filmmaking with an even hand, if a bit overrated by its string of important Hollywood honors. Hollywood always loves rewarding popular members of its own community if they beat expectations by crafting genuine cinema.

Already an acting legend, Redford’s directorial debut reveals a surprisingly delicate and tasteful exploration of dynamics within an unhappy family. It’s not Robert Redford’s most enjoyable film but Ordinary People is a rich, thoughtful effort from the icon. 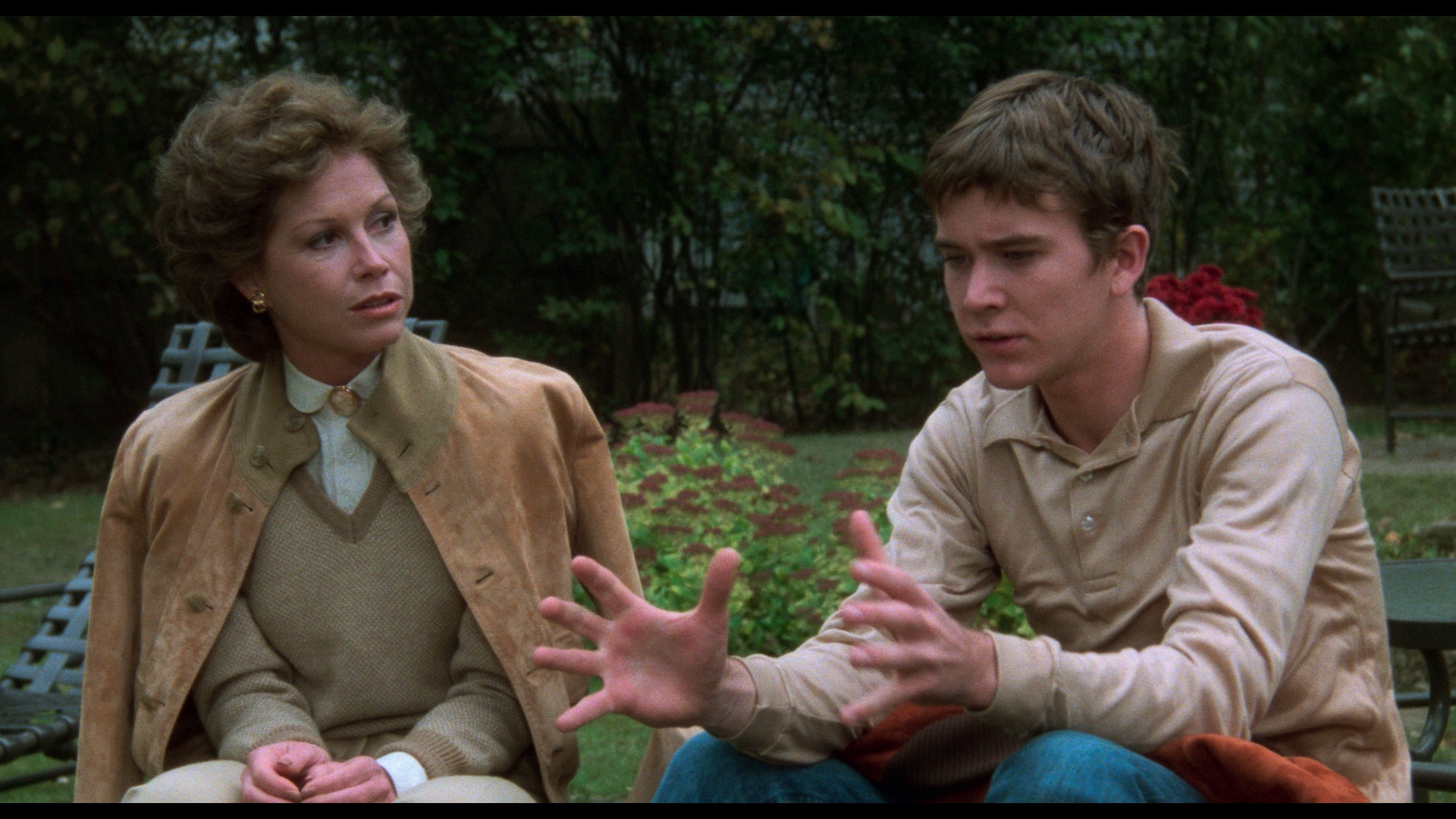 The film elements are in fantastic condition, practically flawless. A superb AVC encode by Paramount fluidly maintains crisp picture quality and transparently preserves the original celluloid appearance. Solid clarity is aided by a steady contrast and decent black levels, if a touch darker in tone than more recent Hollywood efforts. No crushing is present, however interiors demonstrate mildly reduced clarity and pop.

The 2.0 Dolby TrueHD soundtrack is serviceable but strangely oddly underwhelming for such an accomplished Hollywood production. Heard in its original monaural configuration, it’s a thin recording which sounds a tad hissy in the upper registers.

Marvin Hamlisch’s melodramatic musical score suffers from sibilance and a boxy midrange. Dialogue reproduction is adequate. Paramount was known for remixing many of their older classics for surround but I guess they realized Ordinary People’s sonic limitations.

It’s hard believing it took this long for a multiple Academy Award winner to hit Blu-ray. The features listed below are all new, Paramount’s original DVD release had no significant bonus features. Ordinary People is #30 in their Paramount Presents line. It arrives on Blu-ray with collectible packaging, featuring a foldout image of the film’s theatrical poster on an extra thick slipcover and an interior spread with key movie moments.

The included digital copy redeems in HDX quality on either VUDU or iTunes.

Swimming in the Rose Garden Featurette (10:55 in HD) – Actor Timothy Hutton discusses playing Conrad and how Robert Redford isolated the young actor from the cast for a more authentic performance.

Feeling Is Not Selective Featurette (05:35 in HD) – A new interview with author Judith Guest, who covers how her book was brought to screen.

The Best Picture winner from director Robert Redford and an all-star cast is introspective drama made for adults, reflecting a perceptive screenplay about dysfunctional families and their festering problems.