Monkey Kung Fu (aka Stroke of Death) embodies everything great about Shaw Brothers. An overlooked gem from their catalog of kung fu classics, the fight choreography incorporates an amazing array of props into the always exhilarating, gravity-defying acrobatics. Showcasing dazzling martial arts action by incredibly athletic performers, Monkey Kung Fu culminates in a mind-blowing showdown. A simple, effective narrative gets out of the way for one ingenious set piece after another.

Star Tony Ching Siu-Tung (The Shaolin Boxer) gives an effortless performance which helps set the stage for Jackie Chan’s early film exploits in Hong Kong. He’s a dynamic and gifted fighter, showing off a tremendous set of flips and agility in the non-stop action. His easygoing manner and loose approach are a direct forerunner to Jackie Chan’s popular gifts as a performer.

Fugitive prisoner Ching (Siu-Tung Ching) is on the run with fellow escapee Zhou (Hau Chiu-Sing) from a vicious criminal gang. Ching was gifted one-half of a medallion by a one-eyed man during his prison stint, led to believe it had the secret to hidden treasure. Ching and Zhou discover the “treasure” is the one-eye man’s secret martial arts techniques, hidden away from rival clans. Through one of the more impressive training sequences in Hong Kong cinema, the men learn the secrets of monkey kung fu and vanquish their enemies in a rousing adventure.

The supporting cast has room for improvement. The villainous gang is wooden, bad caricatures plucked from Chinese opera. Monkey Kung Fu might have received more acclaim if it had skillfully crafted villains like Legendary Weapons of China.

The fight choreography often emphasizes a lighter tone – witness the wonderful opening scene in which Ching and a fellow prisoner battle over a chair. There’s a hilarious sequence set in a brothel, when Ching is outclassed by one of the ladies in a cute fight when he refuses to pay for her services. That’s not saying the action is all laughs and giggles. Serious fights are reserved for Ching fighting off the stereotypical evil villains.

Monkey Kung Fu is classic Shaw Brothers filmmaking at its finest. A simple tale with unlikely protagonists is merely the vehicle for one staggering martial arts fight after another, told with enough humor and serious drama to keep the characters engaging. 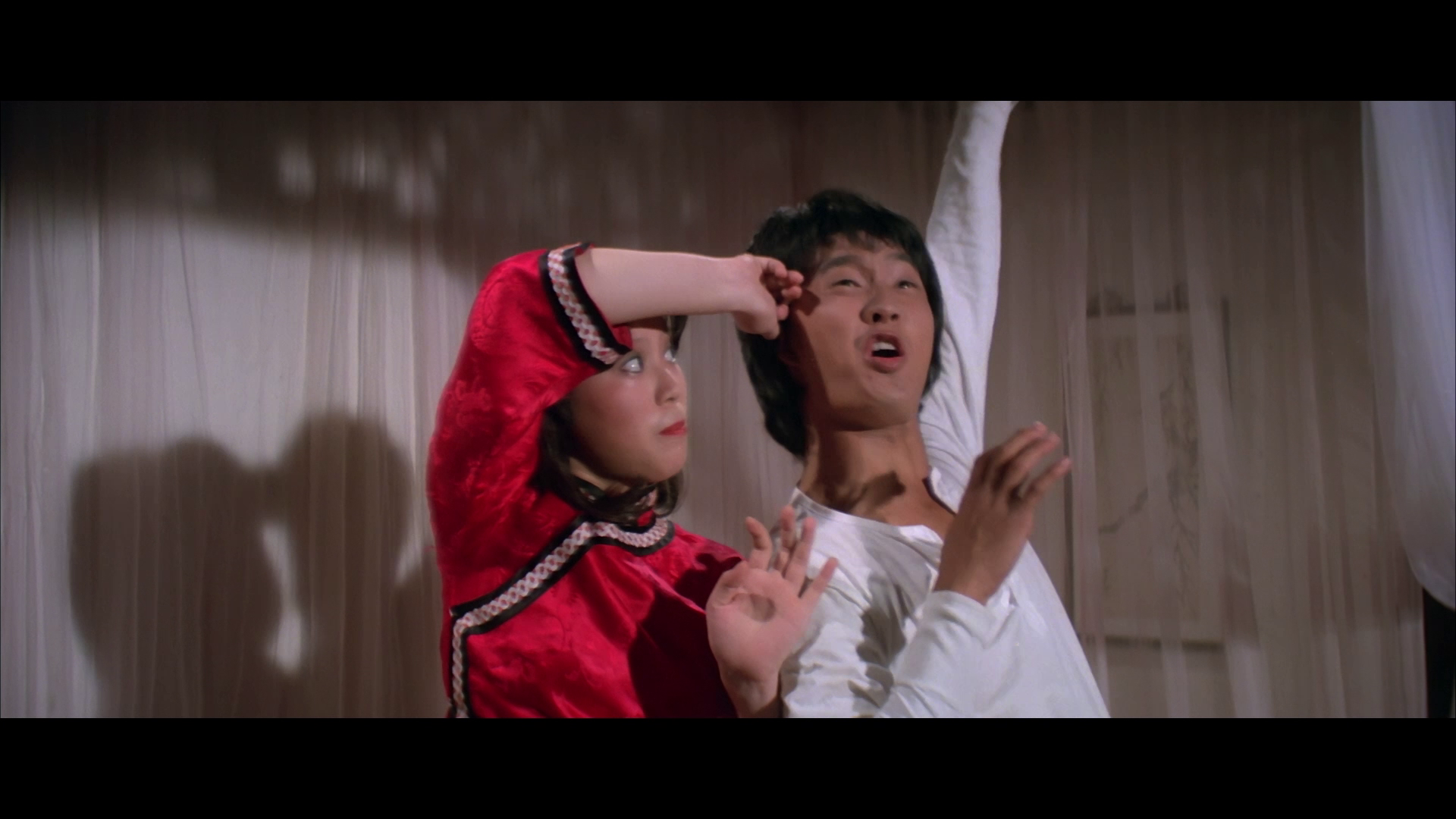 88 Films serves up a softly-filtered HD transfer with mild bursts of ringing from the original negative. This is a solid effort lacking the refinement and cinematic touch of the best remastering jobs. The 2.35:1 presentation has a nice contrast with excellent clarity, strongly encoded in transparent AVC.

Videophile purists would probably enjoy a more film-like experience but this is not a bad-looking HD presentation. The picture quality boasts a rich contrast, fine color tonality, and impressive clarity for a Shaw Brothers flick from 1979.

The English dub voices are familiar for Shaw Brothers but underwhelming for this particular set of characters. The movie’s action-packed soundtrack is replete with heavy kicks and familiar genre effects, heard in satisfying crunch. Both the monaural English dub and Cantonese audio are effective 2.0 PCM choices with minor differences.

Optional English subtitles play inside the scope presentation at all times. It’s a new English translation of the Cantonese dialogue and street signs are also translated.

88 Films continues their marvelous exploration of Shaw Brothers with another lovingly put-together Blu-ray edition from their 88 Asia Collection. Monkey Kung Fu is #31 in the line. Arriving in a clear BD case more common in the UK for home video, the special features are lighter this go-around but the packaging remains top-notch. The commentary often meanders, straying from the film itself for excursions into other observations about related topics.

Each copy comes with a double-sided A3 foldout poster inside. The illustrated 24-page booklet offers an insightful new essay on the film by Andrew Graves.

The BD itself is coded for Regions A & B and mirrors the content found on 88 Films’ UK release.

Stunting Around Featurette (14:46 in HD) – An interview with choreographer Tony Leung Siu-hung about influences on his work in the industry, discussing Bruce Lee’s impact and how it filtered down throughout Hong Kong cinema. English is not his first language, one gets the feeling this interview would have been easier to digest for viewers in his native tongue.