Ever wonder where George Lucas got the inspiration for Indiana Jones? Look no further than pulp serials from the 1940s like Jungle Queen. The action-adventure serial by Universal exemplifies the best and worst elements of the genre. Cheaply made as a distraction for American audiences living through World War II, serials were hugely popular. Think of the disposable productions as the superhero films of their day, made for the masses.

With no delusions of being high art, Jungle Queen lives to deliver a sordid tale of Nazis, African tribes and spy games colliding in thrilling action. Brimming with evil Nazi leaders and buxom heroines, Jungle Queen exists in a morally black-and-white world with few shades of gray.

Set in 1939, a young British woman played by Lois Collier goes to Africa looking for her missing father. Along the way a pair of American agents will challenge the Nazis looking to control Africa. The local Tonghili tribes, fearsome natives replete with spears and a messy coalition, are central to Jungle Queen’s bizarre war strategy. Fearing the Nazis will win the coming war if they get the Tonghili on their side, the British allies must stop their takeover of Africa.

The titular Jungle Queen is Lothel, smoothly played by Ruth Roman. The mysterious beauty happens to be the Tonghili tribes’ guiding force, a woman of veneration and adoration. Culturally troublesome today, it’s a bit strange seeing African natives worship a white woman as their icon and spiritual leader. Jungle Queen definitely hasn’t been approved for Netflix.

Over thirteen chapters running about twenty minutes apiece, the cheaply made African adventure is repetitive but fun on a primitive, check-your-brain-at-the-door level. Some of Jungle Queen’s cultural relevance has faded over the decades and a few references will sail over most modern audiences. Its basic tale of evil Nazis running amok in Africa, as the British and Americans attempt to stop them, still entertains more than it should. The lead stars, especially female leads like Lois Collier and Ruth Roman, make for classic heroines from the Golden Age of Hollywood.

Sure, Jungle Queen is hokey with a few ridiculous elements. Delivering a good dose of pulp thrills in the savage jungle, the enjoyable serial is worth checking out for fans of vintage cinema. 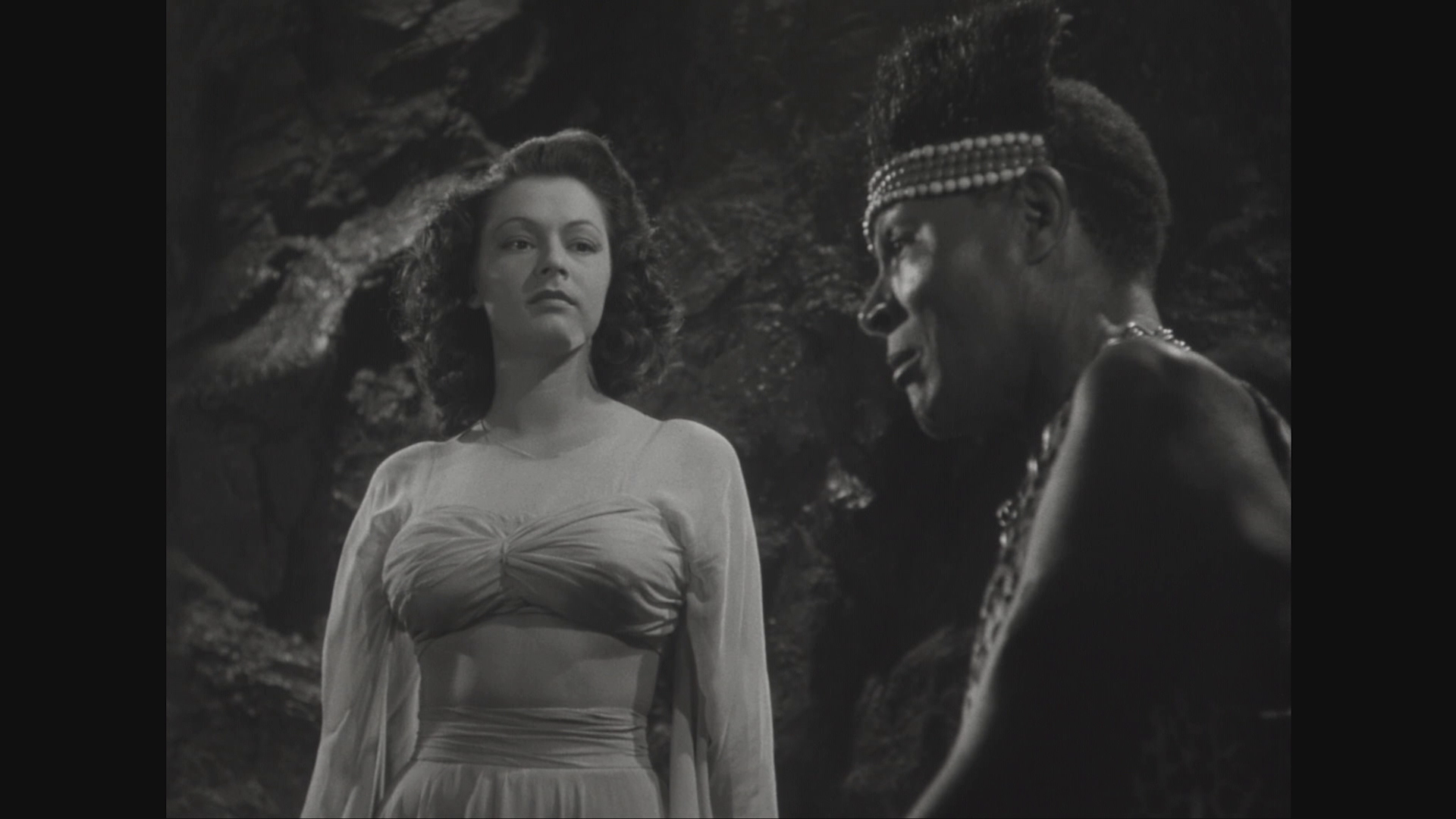 Some video processing has been used on the transfer but leaves enough intact grain for a mostly authentic cinematic experience. Interior scenes fare better than some of the supposed scenes set in the wilds of Africa. Overall, Jungle Queen’s new film transfer provides satisfying video quality in real high definition. There is palpable texture and detail present in the new scan.

VCI offers no special features for Jungle Queen. The Blu-ray is coded for all regions. There is a play-all option for watching all 13 chapters.

A hokey but entertaining serial from Hollywood’s Golden Age featuring Nazis colliding with the Allies in Africa.

The 15 unaltered images below represent the Blu-ray. For an additional 21 Jungle Queen screenshots, early access to all screens (plus the 100,000+ already in our library), 100 exclusive 4K UHD reviews, and more, subscribe on Patreon.