Looking to one up his rival for bragging rights and prestige, a wealthy man played by Tony Liu hires master lantern maker Chao Fang (Lieh Lo) to craft the most beautiful lanterns possible for the annual lantern festival in town. Chao lives as a hermit on the outskirts of town. What the arrogant man doesn’t know is that Chao has been hanging on to a grudge against him for many years and seeks his downfall.

The complicated plot has Lung Shuai mistakenly believing his rival Tan Fu (Chen Kuan-tai) is behind a rash of mysterious attacks as they fight over a prostitute. Meanwhile young women are being abducted and skinned alive by a masked killer. The men’s egos prevent them from seeing who’s really behind the killings.

Influenced by American slasher films and real-life stories of serial killers, Human Lanterns is not for the faint of heart. Bloody violence and a creepy vibe underlie the strange premise, punctuated with graphic torture and a rape scene. It’s an uneasy potpourri of Chinese opera, Hong Kong horror, and fight sequences we’ve come to expect from a Shaw Brothers film.

One of the most notorious films made by Shaw Brothers, the 1982 genre blender is a strange duck. On one hand, the brutal gore and darker storytelling help spice things up, introducing a new wrinkle into a genre which had already peaked. On the other hand, Human Lanterns isn’t a martial arts masterpiece. The first two acts are more drama than action, building up a fairly lame mystery. Competent fight sequences often feel like afterthoughts in the sprawling screenplay. There are no real good guys – every character is unsympathetic.

Human Lanterns was a real stunner to Shaw Brothers aficionados when it first came out in the early 1980s. It’s a far cry from the historical period pieces which helped make Shaw Brothers a household genre name. Even by today’s more permissive tastes, Human Lanterns has a few truly surprising set pieces which still shock and awe fans. While not one of the best films from Shaw Brothers, Sun Chung’s dark thriller is a welcome change of pace for those bored with straight martial arts flicks. 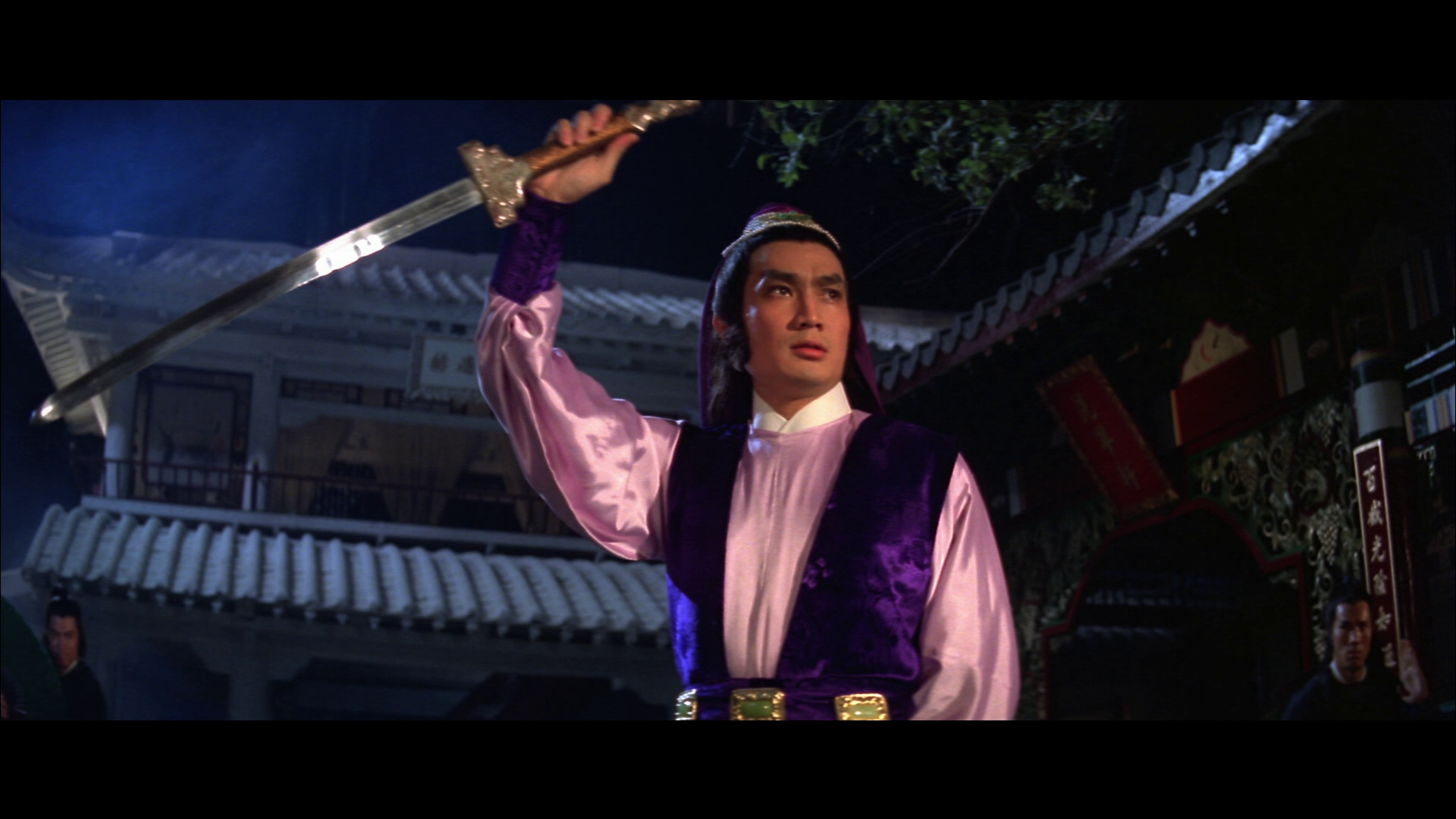 The new film transfer is taken from the original camera negative, splicing in a few previously cut scenes from lesser elements. It’s an organic effort, struck with film-like fidelity. There are minor inconsistencies in the contrast and saturation levels, which can be chalked up to soft cinematography.

There are no red flags in the 2.35:1 presentation. Fine detail is ample in the 1080p video with few signs of extraneous processing. The film elements are in good condition, revealing moody cinematography and occasionally perky colors. Human Lanterns doesn’t exude razor-sharp definition like some of its cohorts from Shaw Brothers. It aims for a darker palette with less available lighting. There are no major contrast issues and black levels are kept respectable.

The original Mandarin soundtrack is heard in thin but serviceable 2.0 PCM. The monaural mix definitely shows its age in several passages, running hot with audible distortion. Dialogue reproduction is adequate, bound by the limitations of vintage dubbing frequently heard in Hong Kong cinema from the period. The recording offers decent enough extension and range without impairing the musical score.

Optional English subtitles play in a white font inside the scope presentation. This is a new English translation from the original Mandarin audio.

88 Films continues their stunning line of Shaw Brothers releases with gorgeous packaging for Human Lanterns. The package includes a reversible cover sleeve, a double-sided poster, a 22-page booklet featuring new writing on the film by Barry Forshaw, and a spectacular slipcover featuring new art by Kung Fu Bob. It may be some of their best work yet.

The special features bring an engaging commentary and revealing new interviews. The A/V quality, the completely uncut presentation, and swag make this an easy recommendation over earlier versions of the film. The old Image DVD is garbage by comparison. Interviews are primarily in Chinese with English subtitles.

Audio Commentary by Kenneth Brorsson and Phil Gillon of the Podcast On Fire Network – A fun discussion which isn’t always the most informative but highlights different perspectives on the movie.

The Beauty and the Beasts: An Interview with Linda Chu (14:39 in HD)