Director Frank Perry may not have always made masterpieces but his films were always interesting. The filmmaker behind such classics as The Swimmer and cult favorites like Mommie Dearest crafted one of the more unsettling dramas of the 1970s in Man on a Swing.

Starring Cliff Robertson and Joel Grey, a self-proclaimed clairvoyant inserts himself into the police investigation of a young woman’s murder. The two stars clash on screen with brooding intensity. Based on a true story, the uneasy and often creepy premise was more relevant in the late 1960s and early 1970s. Pop culture then was inundated with claims of genuine psychics aiding the police and solving murder mysteries.

Challenging and powerfully written, Man on a Swing is underrated in Frank Perry’s productive career

Cliff Robertson plays Lee Tucker, the police chief of a small town. His squad has no leads on the horrific murder of a young woman and is stumped for clues. Franklin Wills (Joel Grey) is a spiritualist and clairvoyant, claiming he can help solve their case when he enters a trance. The skeptical police chief is never quite sure what to make of the curious Franklin, a flaky character who knows things only the killer could possibly know.

Lee Tucker is a good cop who slowly becomes obsessed finding the murderer and solving the case by any means necessary, even as the investigation spills into his private life and begins affecting his wife. Initially eyeing Franklin with caution, Man on a Swing becomes a battle of wills as the police chief is left wondering if Franklin is truly psychic or a fraud looking for attention.

A sense of psychological dread and creepy tension hangs over the largely mundane crime narrative, primarily thanks to an off-kilter performance by Joel Grey and a low-key score by composer Lalo Schifrin. The Broadway star delivers one of his most theatrical performances, a physical portrayal which exudes histrionics. It’s a stark contrast to Robertson’s understated demeanor and calm, neatly playing off each other as dueling protagonists.

Perry’s film is nominally a police drama and whodunit. Like much of his work, he’s interested in psychologically breaking down his lead protagonists and laying bare their motivations until something gives. Man on a Swing moves slowly but surely, unwinding its characters in an ending which only leaves more questions than answers.

Challenging and powerfully written, Man on a Swing is underrated in Frank Perry’s productive career. The subtle screenplay examines the fierce struggle between two minds driven by different motivations. The murder case is almost incidental in the scheme of things, though its investigation helps drive the plot. Two fine starring performances and intriguing character wrinkles invigorate what could have been a moribund police procedural. 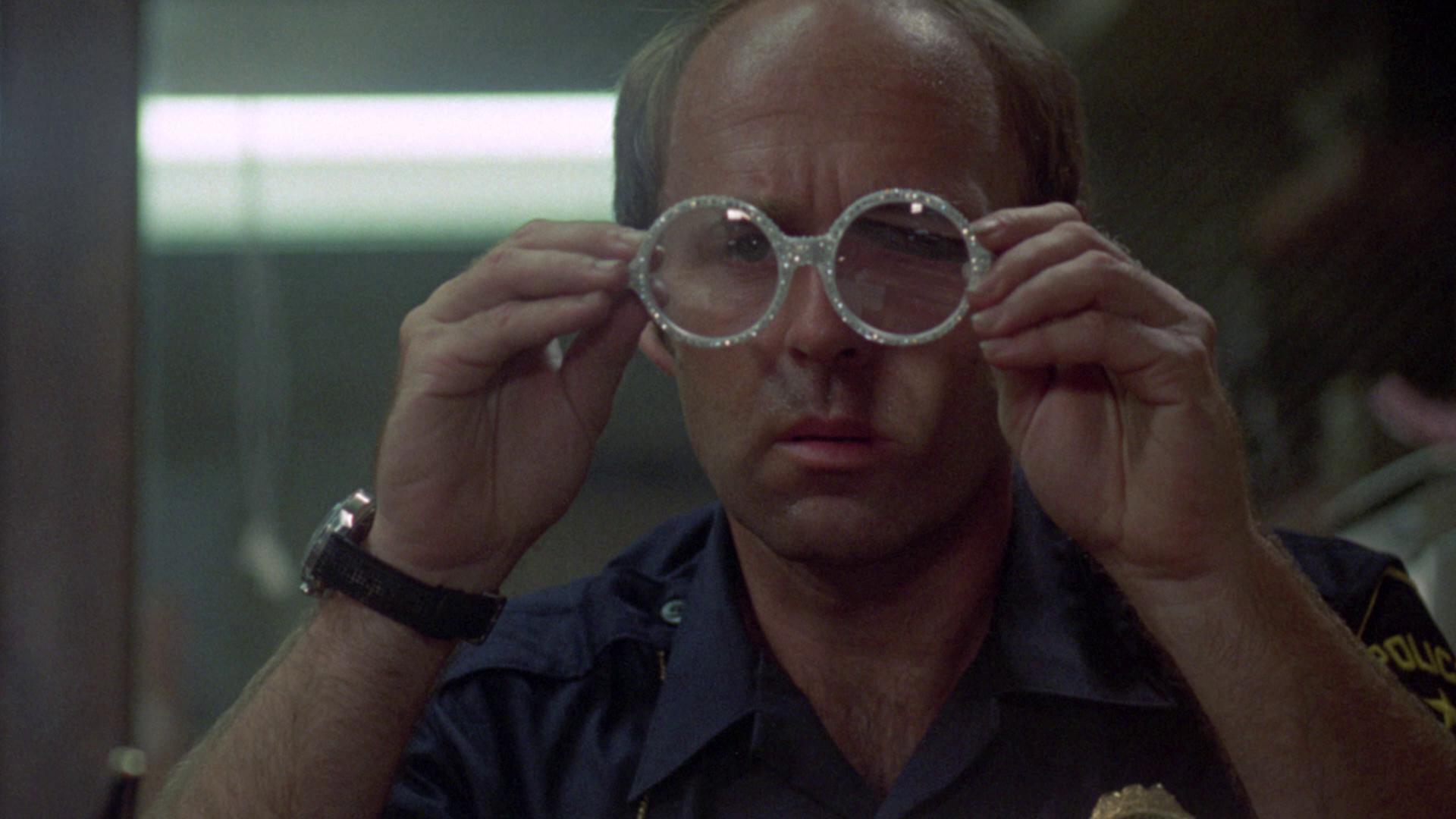 The 1974 Paramount production arrives on Blu-ray via Australian label Imprint. Imprint has licensed a satisfactory film transfer from Paramount, likely struck several years ago before their latest wave of remasters. The results are serviceable but occasionally lackluster. Going off visible detail levels, it’s likely a 2K transfer derived from ordinary-looking elements. Some evident softness and crushing are baked into the movie’s cinematography. The good news includes no signs of ringing or filtering in film-like authenticity.

It should be noted Olive Films released the movie a decade ago on BD in a decidedly inferior presentation. Colors are perkier and grain reproduction is heavily improved on Imprint’s disc.

The elements have gone under no real restoration, positive debris is scattered throughout several scenes. Man on a Swing’s 1.78:1 presentation reflects its era of visual filmmaking – decent clarity and definition, if permeated with heavy grain and darker shadows. Flesh-tones are realistic, if a bit cool. A flat contrast and lackluster color reproduction leads to unimpressive depth and dimensionality despite the Technicolor pedigree.

Man on a Swing runs an uncut 109 minutes, encoded in transparent AVC on a BD-50. Imprint here is at the mercy of Paramount’s older film transfer, though their compression nicely replicates its thicker grain with no problems.

Via Vision releases Man on a Swing in Australia through their Imprint label. The Paramount thriller is marked #122, arriving in a limited edition slipcase. The Blu-ray is coded for all regions and playable worldwide, widely available at North American retailers like Amazon.

Stuffed with new special features, including two separate commentaries and a recent interview with Joel Grey, this release is everything fans have been wanting from the cult fave.

It should be mentioned Olive Films issued Man on a Swing as a barebones BD in 2012. There’s absolutely no reason keeping that older BD if you pick up this Imprint release. The commentaries here are interesting and informative, each offering different perspectives on the movie’s major themes and characters.

Other Worlds: Joel Grey on acting and Man on a Swing (12:14 in HD) – An excited Joel Grey fondly recalls the film in this new interview, explaining how one of his character’s iconic shirts found its way back to him many years later.

The Show Must Go On: Frank Perry & The Framing of the American Dreamland (41:07 in HD) – Incredibly well-produced video essay by Howard S. Berger and Kevin Marr which delves into Frank Perry’s career, especially The Swimmer and Man on a Swing. Highly insightful as it lays out the themes which are often found in Perry’s films.

Full disclosure: This Blu-ray was provided by the label for review. This has not affected DoBlu’s editorial process. For information on how we handle all review material, please visit our about us page.

Man on a Swing