The hero of the Marvel universe isn’t Tony Stark. Captain America couldn’t save us all either. Marvel’s movies – some 52 hours of storytelling – belong to one heroic rat. Without the rat, Avengers: Endgame never starts. Thanos wins.

Vermin is the catalyst, flipping a switch by sheer chance, that one-in-fourteen-million timeline promised by Dr. Strange in Infinity War. Thanos didn’t count on New Jersey’s infestation, as delicately humorous a notion as any in this superhero saga. War of the Worlds, sort of, when after Thanos threw literal planets at the heroes, the smallest and most insignificant make their mark. 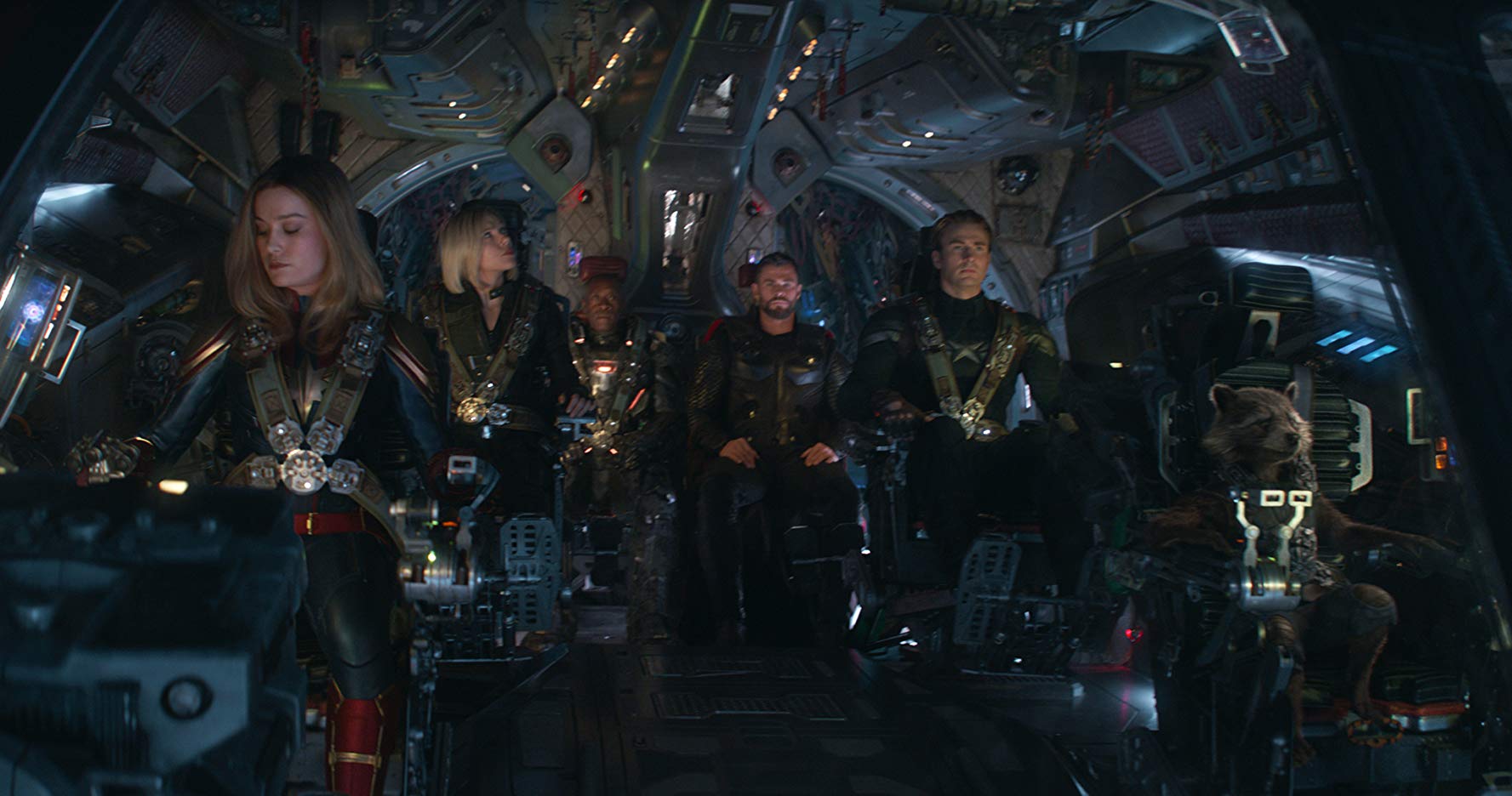 Half of everything living vaporized in Infinity War. Walking through city streets, things don’t seem as bad as anticipated, body count aside of course. Consider the likely economic effects. A few houses succumb to rot and overgrowth five years on, but society didn’t collapse. The Mets – they no longer exist. That one is a bummer. Avengers: Endgame never seems to notice anything outside of its purview; in that it’s consistent. Tony Stark and company build super suits for this adventure. Lucky thing the people making parts didn’t snap out of existence. In this sense, America survived everything (literally) thrown at it. Avengers: Endgame never considers the rest of Earth.

It’s clear why by the end. Although closure is provided for nearly everyone, this is a two-person arc. Primarily, that of Tony Stark (Robert Downey Jr.) and Captain America (Chris Evans) who come to realize they represent the same thing. Avengers: Endgame becomes a story of how capitalism, patriotism, and the systems within overpower anything. Cap’s blue, Stark’s red, fending off thousands of intergalactic invaders. Then comes Captain Marvel, representing the Air Force and military might, tossed into this reverie glee when the chaos reaches a seemingly impossible fan service crescendo. 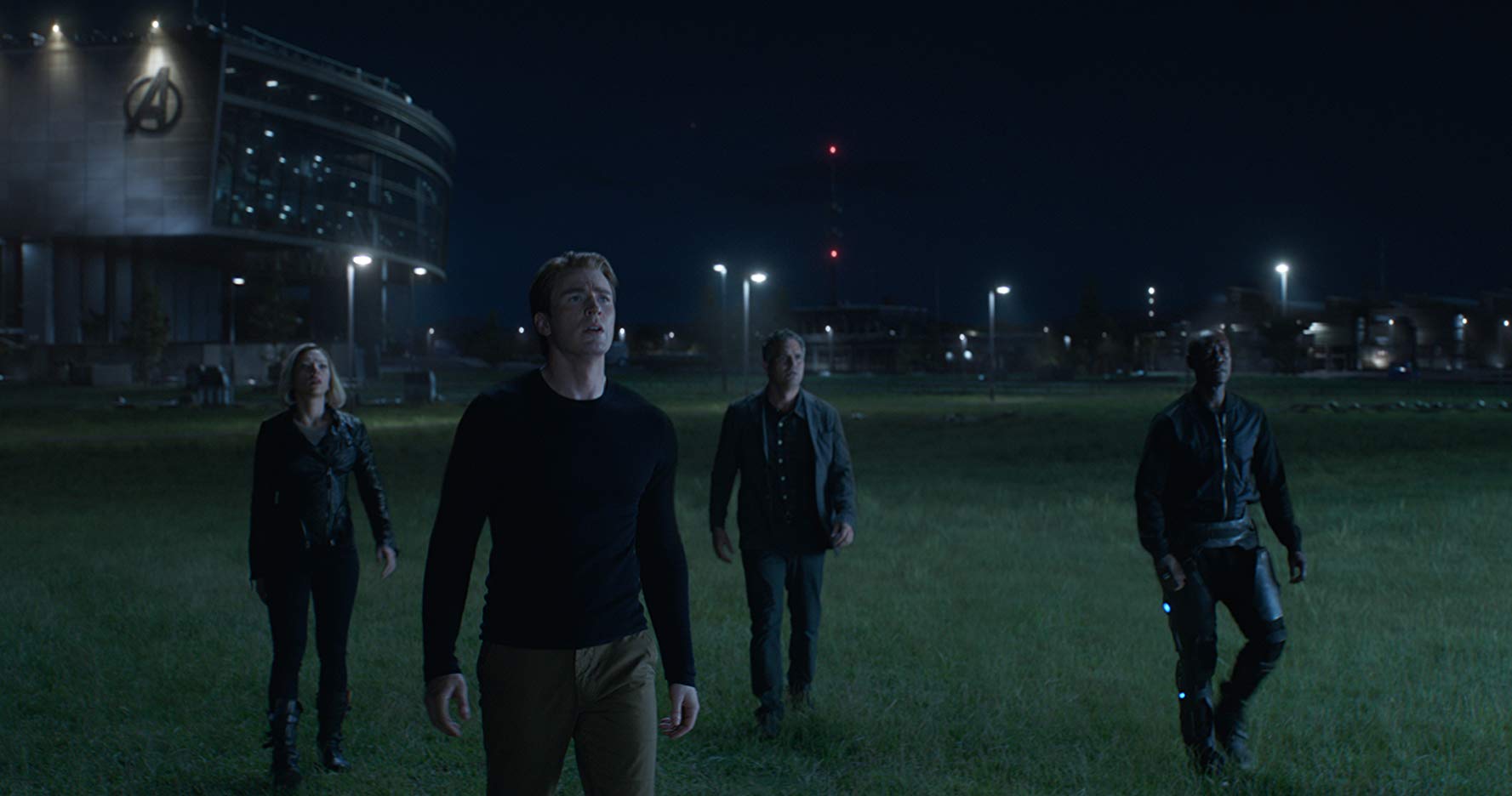 When Stark began this journey, he did so in Afghanistan, blasting missiles at his Middle East captors as if to burst free from the Bush era. By this conclusion, his intellect and dollars become a source of ultimate good, reformed and pure. After Wall Street greed foreclosed homes, Stark’s solo series projected on screens. The billionaire learned to do good and relented selfishness. A bit too much empathy for those who caused financial disaster, but then Downey Jr. is so charismatic in this role, he cannot be disliked. It’s built that way.

Themes of grief run through Avengers: Endgame. Everyone lost someone in this universe – a pertinent statement in this post-9/11, mass shooting society. Not even the greatest heroes stand immune from loss, seeking a sense of closure and a way to make right. Some drink, some sulk, some Hulk, some prepare for the end because it’s not worth living. But this is comic books, the absolute fantasy where no one is ever truly gone. 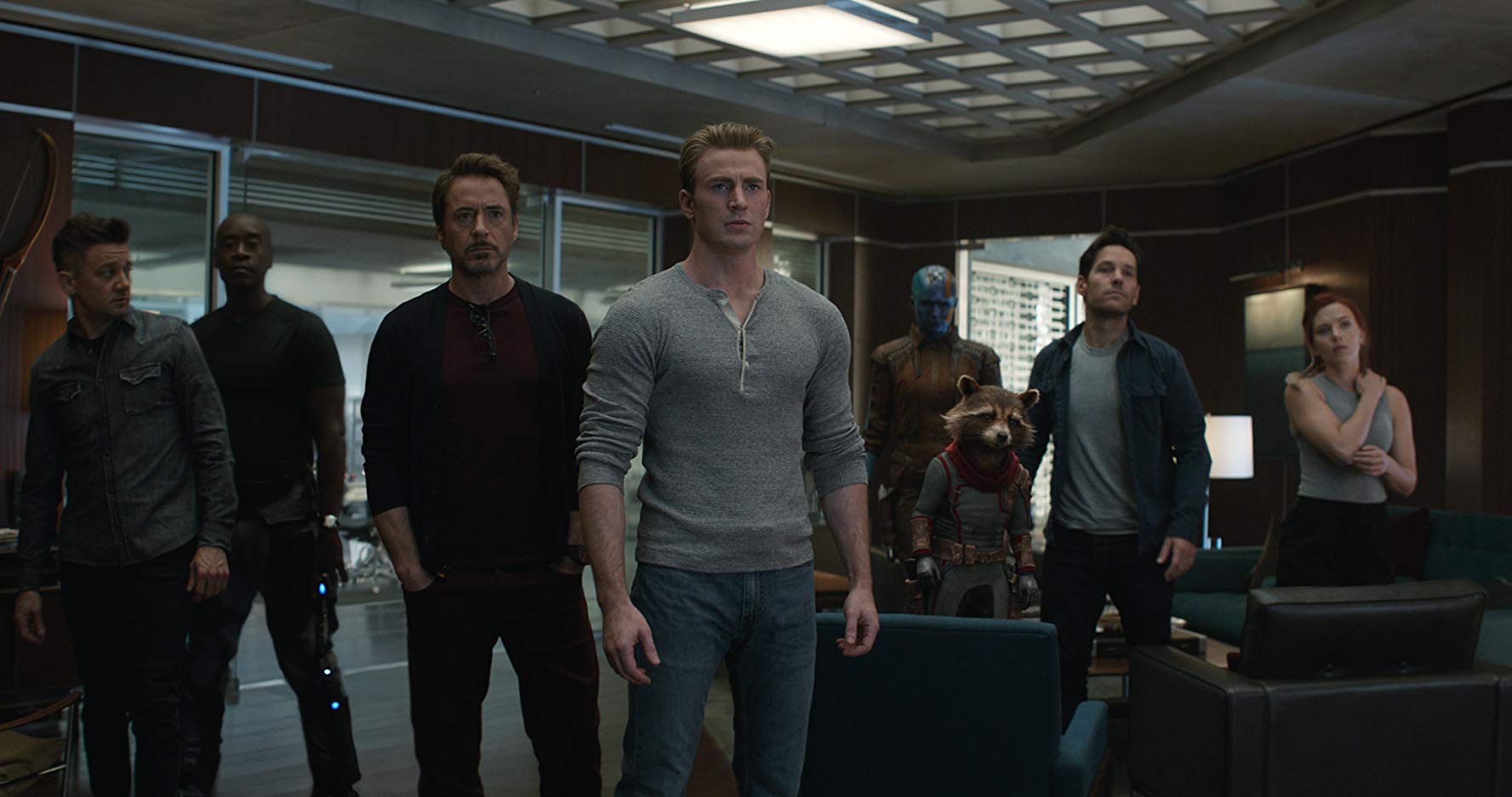 Avengers: Endgame is riotously fun though, away from its depressive fiction. Maybe this is the wrong circumstance to be so glum. The script is laced with gags and one-liners to formula, but a formula so successful as to let it be. The build-up of Thor into a goofball sidekick is genuine, an arc playing to completion, from egotistical fish-out-of-water god to ironic acceptance of his place in the pack. Letting this story breathe with laughs feels right. Gobs of money and people created the mass of digitally composited, popcorn cinema stuff. That’s expected action, but Avengers: Endgame remains cognizant of narrative. Infinity War felt like a jumble of desperate explosions; here it’s manageable, and grand in pay-off.

The Marvel saga is a fascinating achievement; that’s undeniable. Not financially – this is powered by a mega-conglomerate with marketing budgets worth more than the middle class’ income combined. Rather, in Hollywood terms, actor egos didn’t fall, disputes never happened (publicly anyway), and the coordinated decade-long storyline converges here sensibly. If only Star Wars earned the same fate under Disney…

Assuming investment in these characters – and anyone going into this must be hooked by now – then Avengers: Endgame brings a wily finish to all of this mayhem… and with mayhem. From the realist take of Iron Man, Marvel Studios massaged audiences into this undeniably surreal take on comic book fantasy. There’s time travel, space travel, flashbacks, callbacks, magic, and a litany of other elements, loosed from any reality if anchored by our own. The escapist purity of this mammoth three hour-long thing is truly fetching, even with the isolationist scope and vision.

Letting go and celebrating itself as pure comic book fantasy, Avengers: Endgame ends how it needed to: carefully, with explosions.