With the traditional network sitcom dying out before our very eyes, it’s more important than ever remembering the great ones. For seven years on NBC, 30 Rock’s sidesplitting comedy starring Tina Fey and Alec Baldwin earned sixteen Emmy awards. Never a huge ratings juggernaut, the critically acclaimed series was as funny as anything on television during its broadcast run.

An outlandish ensemble of characters plucked from show business tropes and the staff’s fevered imaginations, 30 Rock presents a hilarious satire on working behind the scenes at a comedy sketch show. Creator Tina Fey took her experience as head writer on SNL and fashioned an insider’s view of the business, mockumentary style. Helped out by a deep pool of celebrity guests and cameos aided by SNL, everything came together for a transcendentally funny sitcom.

Hitting the ground running, 30 Rock found its comic timing almost immediately and hit greatness early. Whip-smart writing and a stellar ensemble cast, such as Judah Friedlander’s inspired role as a demented writer, produced 138 episodes of comedic greatness. 30 Rock’s first several seasons are almost perfect. Like most long-running sitcoms, some characters started getting flanderized and overexposed after a few seasons. By the time season seven rolled around, it was time to say goodbye.

Built on the love-hate work relationship between Liz Lemon and Jack Donaghy, their snappy banter was perfect for a bustling workplace comedy. Willing to take shots at everyone and anything, including themselves, 30 Rock’s fearless comedy produced gut-busting laughter and a treasure trove of instantly memorable television characters. 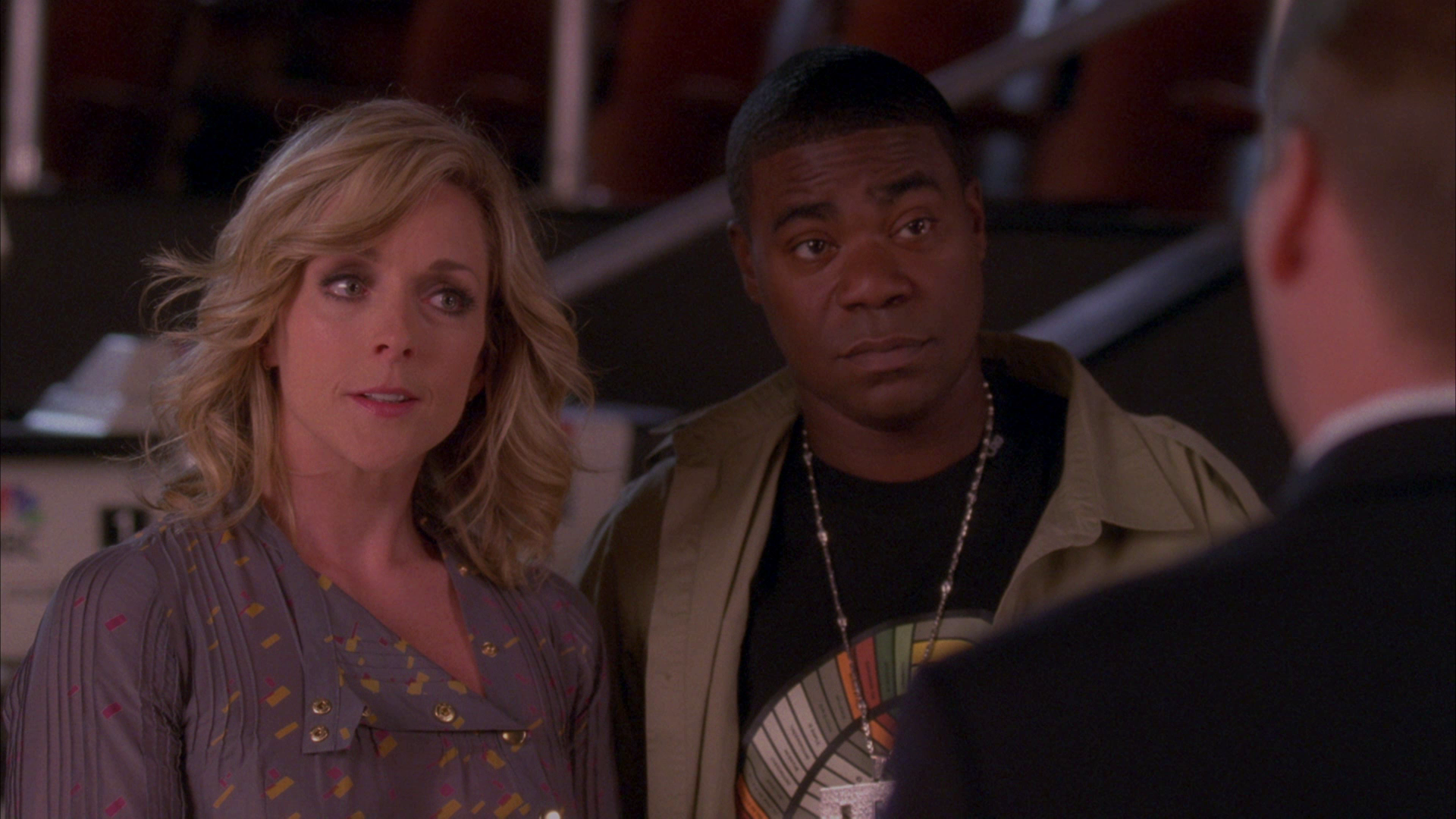 Licensed directly from Universal, Mill Creek gives 30 Rock better-than-expected treatment in high-definition. All seven seasons are included on 20 BD-50s, encoded in generous AVC parameters. Presented at the show’s intended 1.78:1 broadcast aspect ratio in satisfactory 1080P resolution, 30 Rock looks better than it did years ago in broadcast HD. This box set represents a huge upgrade over the compressed and dingy DVD sets from Universal.

The overall video quality does vary somewhat over seven seasons, gradually moving away from its softer beginnings. 30 Rock’s first season began in 2006, when television production was still primarily stuck in a pre-HD mindset.

The show’s cinematography becomes more vibrant with greater definition as the seasons pile up. 30 Rock gets a solid, fundamentally sound transfer that doesn’t wow with razor-sharp clarity. Colors are perky and black levels are rock solid. Flesh-tones are all over the map depending on studio lighting and other changing factors. They tend to be on the warm, ruddy side.

Made before the advent of high-quality digital cameras which comprise the bulk of today’s television productions, some grain and noise surface. 30 Rock receives a punchy, faithful HD presentation which should satisfy fans and collectors. There are no overwhelming flaws in the digital transfer and compression issues are negligible.

Mill Creek presents 30 Rock’s original 5.1 surround mix in lossless 5.1 DTS-HD MA. The dialogue-driven sitcom offers clean audio and well-timed musical cues served up by the show’s composer, Jeff Richmond. He just happens to be Tina Fey’s husband, so the music plays a larger role in the comedy than most other network sitcoms.

Small musical flourishes sound crisp with decent dynamics. There’s nice balance across the soundstage. This isn’t a demanding mix with delicate separation and discrete activity beyond a few select scenes.

Optional English subtitles for all episodes appear in a white font. No secondary audio is included.

Mill Creek has issued a number of complete television sets on Blu-ray before like Charlie’s Angels but this might be the most feature-packed. None of the bonus features are new, being ported over directly from Universal’s individual DVD releases. Mill Creek brought everything over, including the many cast commentaries and funny behind-the-scenes featurettes. All bonus features are presented in standard definition video.

All seven seasons are spread fairly evenly over twenty BDs. Two sets holding ten discs apiece come together in a cardboard slipcase. It’s not ideal or elaborate packaging, but nicely minimizes how much space the set takes up on your shelf. The cost-conscious packaging could be better but 30 Rock fans should be happy they are getting the show on Blu-ray in the first place.

No episode guide or booklet is included. Each disc does list its content on its face, including which episodes and bonus features are specific to that disc. The set is labeled as Region A but it’s likely the discs are coded for all regions.

Commentaries range from deadly dull to bizarre, some in solo mode and others with partners. For such a funny show, some of the cast aren’t great at being funny on the fly. Alec Baldwin may possibly be loaded in one of his commentaries. One of the best commentaries doesn’t actually come from the show’s cast or crew, but Donald Glover and Gillian Jacob in a joint commentary during season four. Glover was actually one of the show’s writers its first couple seasons before joining Community.

Some effort was made to include at least one substantial featurette for each season during its run. These often involve the cast working in character, either hosting behind the scenes material or trying something funny.

Deleted Scenes (All in SD) – Dozens of short scenes can be found over the twenty discs, included on the same disc which contains their corresponding episode. Almost all of them are brief asides or jokes cut for time, as more advertising demand would end up shortening episodes at the last minute.

“Goodbye, My Friend” with Judah Friedlander and John Lutz
“The Bubble” with Jon Hamm and Jack MacBrayer
“Apollo, Apollo” with Jack Burditt and Robert Carlock
“The Ones” with Jane Krakowski and Jack MacBrayer
“Mamma Mia” with Alan Alda
“Kidney Now! with Tina Fey and Jeff Richmond

“Brooklyn Without Limits” with Tracey Morgan and Jerry Kupfer

“Dance Like Nobody’s Watching” with Tracey Wigfield and Tom Ceraulo

“Live from Studio 6H” with Jane Krakowski and Jeff Richmond

“Mazel Tov, Dummies!” with Tracey Wigfield and Tom Ceraulo
“My Whole Life Is Thunder” with Damian Holbrook and Colleen McGuiness

“A Goon’s Deed in a Weary World” with Jane Krakowski and Jeff Richmond
“Hogcock!/Last Lunch” with Tina Fey and Robert Carlock

One of television’s great sitcoms, re-live Liz Lemon and crew’s adventures in this extras-packed complete set.

The 15 unaltered images below represent the Blu-ray. For an additional 51 30 Rock screenshots, early access to all screens (plus the 100,000+ already in our library), 100 exclusive 4K UHD reviews, and more, subscribe on Patreon.