Hindsight is a funny thing. In Lethal Weapon, Mel Gibson played an insane cop, capturing criminals to the routines of the Three Stooges, walking around with disheveled hair, and pointing his googly balloon eyes at whomever he meets. With 25 years between Lethal Weapon and current Mel Gibson, not much has changed, other than the fact he’s no longer playing the character. He’s just Mel Gibson.

Celebrity eccentricities aside, Lethal Weapon’s awesome ’80s saxophone soundtrack, droll attitude towards Christmas (which almost has to of inspired Die Hard in some way a year later), and brilliant chemistry between the leads ages it gracefully. Modern action flicks fail to imbue themselves with character; Lethal Weapon wants nothing more.

It takes time out of its busy schedule to peer into split lives, Murtaugh (Danny Glover) the golden archetype of a family man, Riggs (Gibson) the suicidal loner in a trailer mourning his wife. When brought together, there’s no outburst, at least nothing to call attention to their differences. They operate on different wavelengths and different control bases. That’s why they fit. Buddy cop flicks all too often fall into an inescapable play on race and values. Lethal Weapon keeps itself level.

Murtaugh and Riggs have their spats, but it’s about the job and their methods. Via their encounters, whether it’s a roof jumper or desert shoot-out, they follow a progression, their characters benefiting from the other indirectly. In the field, caught in situations only an ’80s action movie could dream up, their personality types blend. It makes sense they’re both cops.

Lethal Weapon is even kind enough to give Gary Busey a role that makes him seem dangerous. That’s no small feat. After miles of destruction across busy thoroughfares, Busey has a chance to challenge a Mel Gibson at the peak of his career fist-to-fist. It’s ludicrous, preposterous, and a ton of fun to watch. These two are embroiled in a muddy, wet fight of honor, all while a fleet of police cars sit back and watch.

It’s an ending that takes the edge off, Lethal Weapon unafraid of its adult audience, but playing to it. The film appreciates being able to take a look at the criminal underbelly of ’80s California, or Vietnam vets using their combat experience to funnel dope and hookers. Weapon is dark, often noire-ish as the camera delivers a richer tone than can be said for most genre offerings. Decades out, Richard Donner’s film remains fresh, if only because so few have successfully worked out its formula. 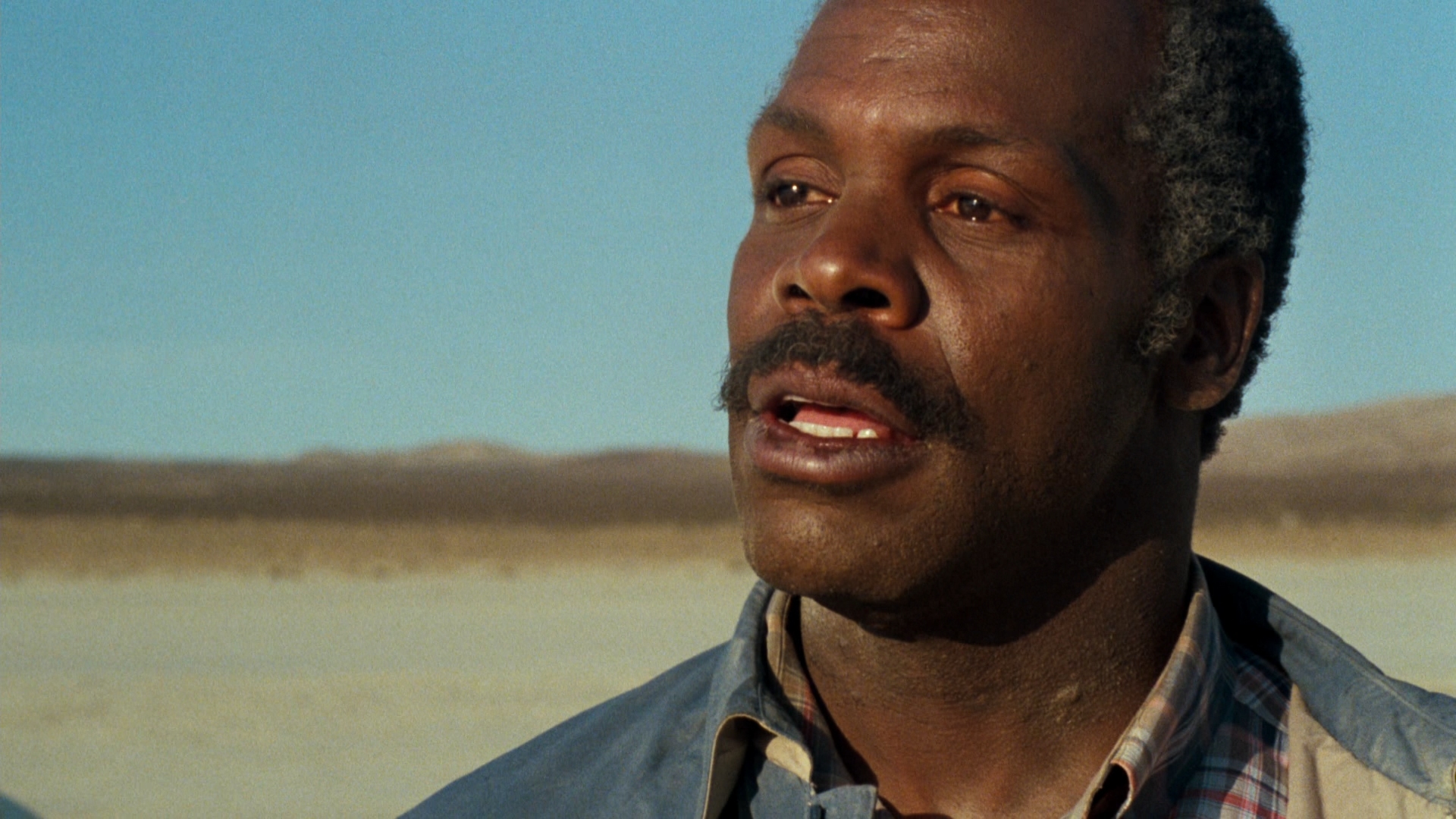 Warner had previously released the first two Lethal Weapon films on Blu-ray, transfers dating back to the dawn of the format back in 2006. For this box set, that same encode is not used. Instead, it’s identical to the encode from a UK bot set released in 2010, a grand upgrade for a film that deserves it.

There’s still some life left in this film, a higher resolution scan almost certainly bringing with it a bit more than you can see here. This is all negligible regardless, the scan used capable to bring out texture the film wasn’t capable of on any other format. Glover’s close-ups are especially hardened, reproduced here with enough sharpness and care to resolve the minutiae.

On the print itself remains no direct scratches or dirt, the image clean and purified of those imperfections. The encode keeps the glaze of grain as necessary, and without any fouls. There is little digital about this digital presentation, the encode transparent to the stock.

Lethal Weapon’s visual flair is bolstered by saturation, the palette bright with primaries. The small swarm of Christmas lights that don the homes benefit from the boost in color, while flesh tones remain accurate. Nothing would indicate any misguided manipulation to make the transfer pop in HD so much as it appears to have been brought back to its original levels.

Black levels will complete a mixture of vintage goodness, although not with any full bodied brute force. They carry enough intensity to manage the material, but collapse slightly where night is concerned. The key is they remain black, not off-color, but no matter as they lack the range needed to avoid appearing faded.

Lethal Weapon opens with what has to be the cleanest rendition of Bobby Helms’ “Jingle Bell Rock” ever. The song has zip as it pushes into the stereos naturally, and fidelity is wondrous. And, for a flick from 1987, that sticks. There are lines of dialogue that now, with the added clarity, stick out as obvious ADR work. That’s unavoidable. On a base level, the fidelity should make fans ecstatic, even if it’s dry from age.

Mixed into 5.1, the surrounds are more of a detriment than anything else. Shots fired during the first shoot-out ring out artificially in the rears, creating no separation between the speakers. They mush together to create a loud pop, not directional audio. There’s also the lack of LFE action, which is probably for the film’s benefit. Despite the flattened explosions, the bass would have undoubtedly stuck out as unnatural.

The best stuff here is in the stereos, a more natural ’80s era effect that still captures positioning as needed. Infused with electric guitars and a sax, the score will directly lay down in a specific channel, giving the track a breadth of spacing.

Director Richard Donner discusses the film via his solo commentary track, while 14 deleted/extended scenes (in well mastered HD aside from the damage) run a half hour. There’s a music video and some trailers, although note in this box set, there is a fifth disc with additional materials related to this first film.