Jeff Bridges narrates this IMAX feature that, ironically, happens to feature bridges. Clearly, an engineer planned that too.

Dream Big follows a selection of engineers, all women, who set out on a career path to help others. Their ingenuity passes before an enormous IMAX lens, showcasing the beauty.

The idea is to inspire, in case that wasn’t made clear from the title. Female engineers work with grade school kids on various small time experiments, then shift to high school robotics. There’s historical precedent too. Dream Big details how the Great Wall of China withstood 2,000 years of natural abuse. It’s clever engineering, obviously.

There’s a question peering through Dream Big: Why become an engineer? The imagery helps. Seeing skyscrapers pierce the skyline and bridges connect people over gorgeous waters makes this an attractive career option. Also, helping people. One engineer donates her time to build bridges for Haitians so they may safely cross rivers. Another studies earthquake effects in order to save lives in times of disaster.

With a rapid pace and always changing sights, Dream Big makes a call for more people to enter this field. There’s a sense of necessity. Population growth demands ever taller structures to house everyone. That will come down to engineers. Dream Big’s final image is that of a rocket taking flight. If the stars call, we’ll need engineers there too. That’s a sizable dream. 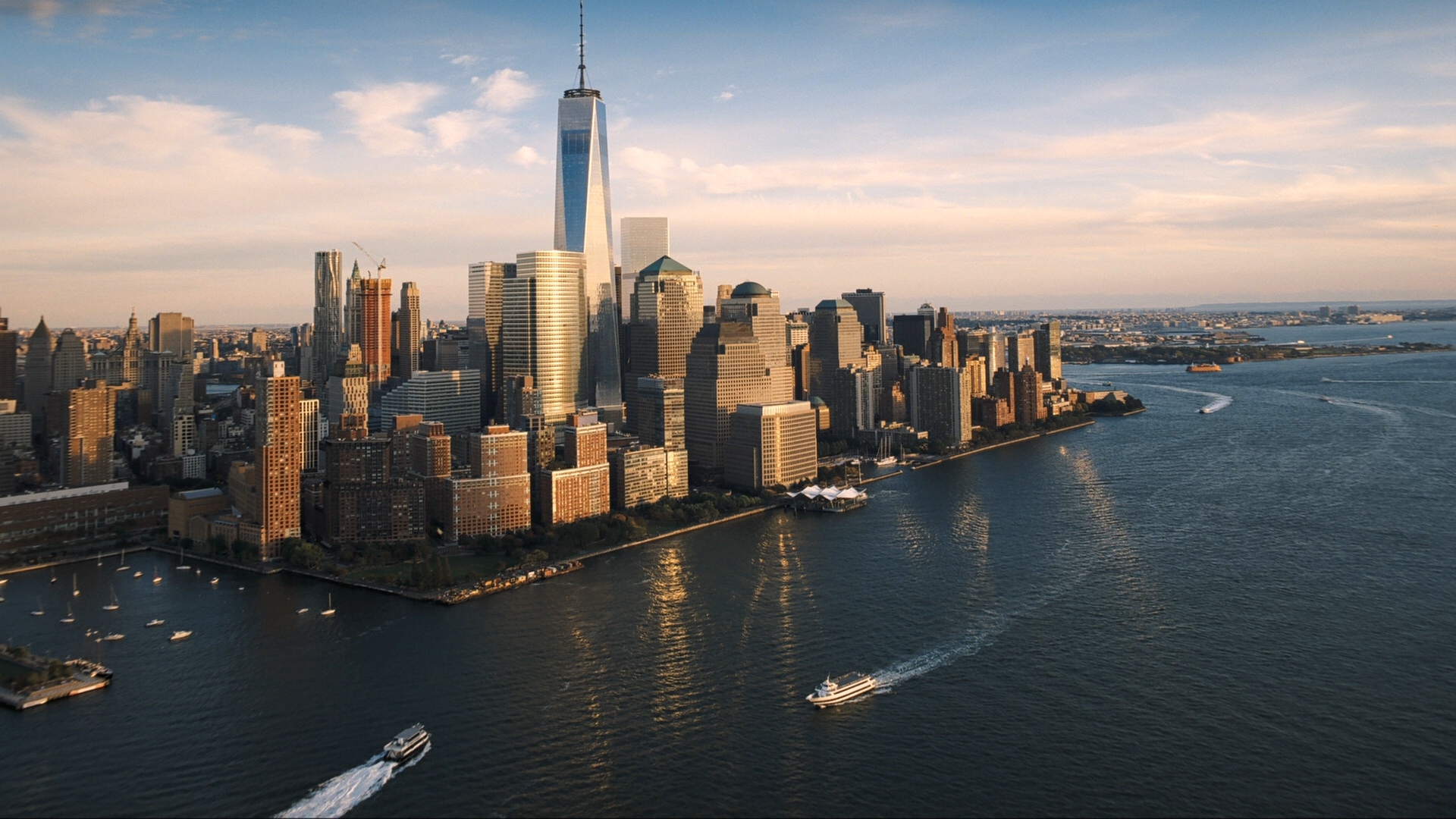 If DoBlu offered a 6 out of 5 for a score, Dream Big would earn it. Every frame of this 4K-sourced IMAX feature is worth framing. Sharpness sets a standard. Seeing a city and being able to pick out bricks on buildings, even while looking on from nearby waters, is special. The shot holds, the sun goes down, and HDR kicks in full. Lights beam from those buildings, reflecting on the water. The display is dazzling and raw, unfiltered reference material.

To find something wrong here is to dig a little. A few minor instance of banding in skylines barely make themselves noticeable. Slight ruggedness shows up in forest scenery, as if light sharpening is playing a role. Neither of those impact the greater detail of this disc.

Color swarms over the image, hyper saturated with unreal blue skies and vibrant greenery. Warmth swells, lacing flesh tones with a glow. Dream Big drenches the screen with primaries, near to a point of unreality without stepping out of bounds. The depth in these colors is splendid.

Strong color and contrast dominate the screen. Brightness soaks up sunlight, and when nighttime falls, the blend of city lights and dark skies form a perfect marriage. Primaries offer a wide array of colors, brilliantly saturated.

In 3D, Dream Big opens with a spectacular CG shot of the International Space Station. A pen floats into the frame, jutting out from the screen to great effect. Awesome, yet the rest sags. Those city sights offer little in terms of separation, often listlessly falling into the frame. Even shots taken from high up on skyscrapers fail to make a mark.

Successful scenes include those designed to exploit the effect. At one point a kid slowly walks by the camera with a pipe nearing the lens. That’s great. A small underwater journey by a robot is fun too. They key materials though, designed to show off engineering feats, those disappoint.

On the UHD, the default mix is DTS-HD. Switch over to Atmos. Do the same on Blu-ray, which defaults to Dolby Digital. Eww.

The LFE isn’t a monster in terms of low-end. Subwoofer use pops up on minor occasions. Key moments here layer surrounds, from simulating an earthquake to capturing ambiance of a small village. Jungles spread out with bird calls too. Before the credits roll, a roller coaster glides between speakers, panning between fronts and rears seamlessly.

Narration comes solely from the center. Dubbing is obvious as it is with any IMAX outing. Dream Big doesn’t change that. So be it. What’s here is clear and precise.

Five sections discuss the current topics in the engineering community, from the Hyperloop to solar projects. In total they run 21-minutes. Dream Big’s behind-the-scenes struggles run 13-minutes, split into four parts. Five shorts offer slightly extended footage from the main feature, all four minutes worth. A slew of trailers (in 4K, but not HDR) round things off.

Dream Big is a call to anyone interested in being an engineer to help build a better world for a growing population – and maybe beyond.

The 15 unaltered images below represent the Blu-ray. For an additional 15 Dream Big screenshots, early access to all screens (plus the 13,000+ already in our library), 50+ exclusive 4K UHD reviews, and more, support us on Patreon.