Laugh at the plot that gives Chan a book left behind by eight martial arts masters; said book is wanted by numerous evil clans who continue punching and kicking Chan as they see fit. Generic hokum, if the best case scenario for a movie requiring the non-stop fighting expected of such a film. Snake & Crane Arts of Shaolin has a barrage of fisticuffs that avoid repetition and enliven a story about chaos when good leaders fall.

If there’s a definite sign that Chan could carry a movie, then consider the half hour or so he spends sidelined by injury in Snake & Crane Arts of Shaolin. Although still filled with action by capable actors and enjoyable characters, it’s a slog. The pace isn’t the same and the charm evaporates into generalized martial arts cinema. When he’s back, so is the movie.

It’s easy to write off Jackie Chan’s ‘70s era outings, doubly so when viewed on cruddy public domain DVDs, as these films were so often issued in the late ’90s. Even in better form, proper aspect ratios, and original language, a few never deserve a second look (To Kill With Intrigue). Snake & Crane Arts of Shaolin changes that rule, a genuinely engaging fight flick stuffed with distinctive characters, crude villains, and enough conflict to ignore the clear no-budget backgrounds. 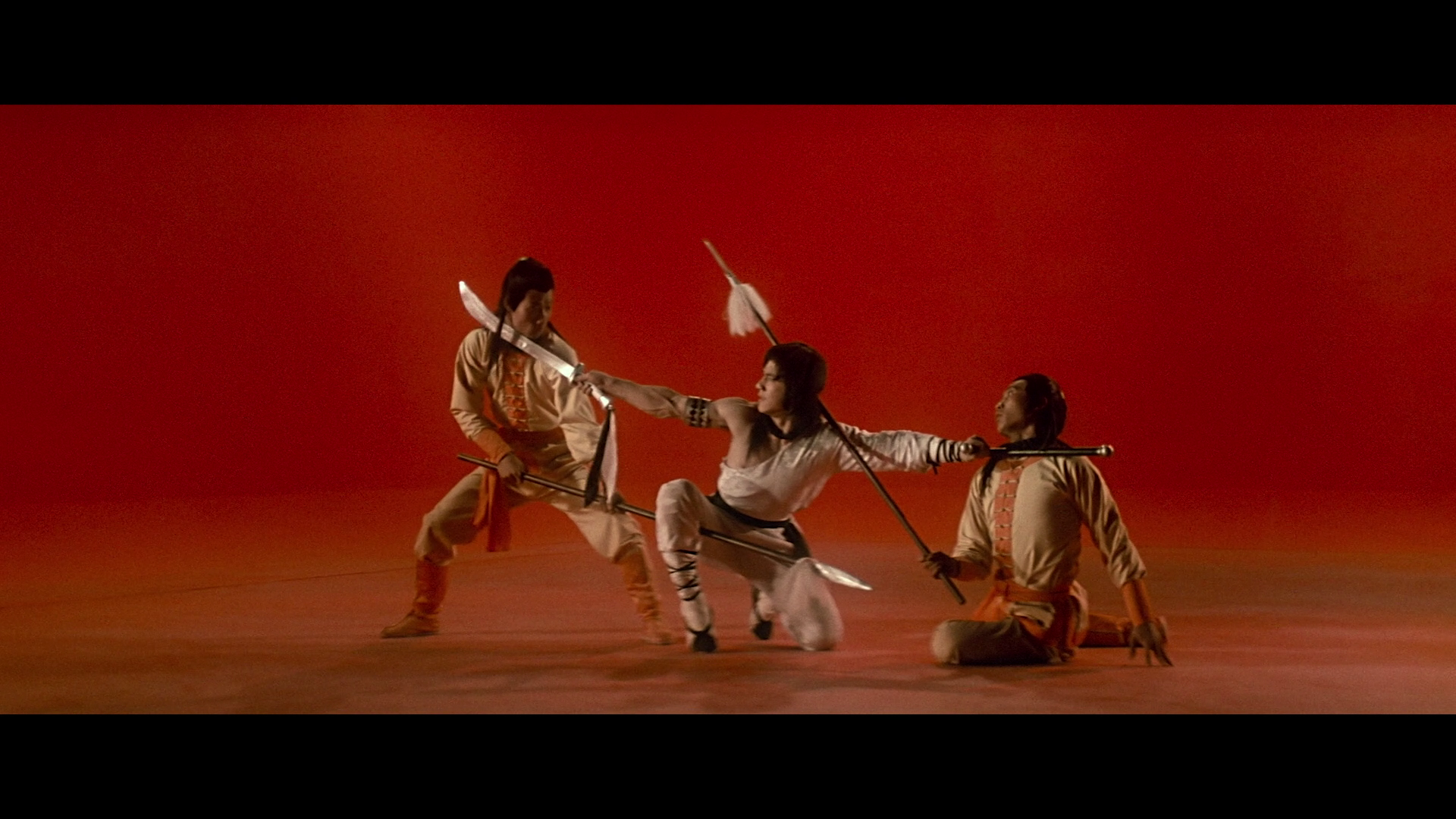 Things are improving in this Jackie Chan Collection box set if Snake & Crane Arts of Shaolin is any indication. There remains a small digital tinge to the proceedings, a low pass filter applied to keep grain controlled. Some smearing and wonky grain is worse than any reduced detail. Color reveals a yellow-ish fade, but primaries seep through regularly.

The scan itself looks recent, displaying crispness and clarity indicative of 2K-sourced material. Note that definition is on the lower end due to the processing, but only inconsistently offensive. Generally, the grain structure holds together, and encoding handles things without issue.

Contrast drifts into clipping, while black levels rarely fall to crush. For all the complaints though, credit goes to the restoration; that doesn’t leave behind any damage or dirt.

Three mono tracks include Mandarin, English dub, and Japanese Mandarin. A stereo track uses Cantonese. Defaulting to the mono Mandarin track, it’s terrible. The constant hum, static, and popping cause problems, but the rotten fidelity is worse still. Music hits a loud peak, sounding as if the speakers are blown out. Dialog comes across so hollow due to the original recording quality, it causes problems galore.

Historian Rick Baker provides a video essay for this film that runs nearly 20-minutes. A commentary track comes from author David West. Trailers (including Japanese ones) join a stills gallery.

Jackie Chan’s natural creativity began to show in Snake & Crane Shaolin Arts, even if the surrounding movie is a derivative dud.