Tomoki Kimura stars as Fijinaga, a demented taxi driver murdering female victims around Tokyo. He searches for the perfect victim before ending his own life, driven insane by rage when his own wife was tortured and killed. Barely hitting seventy-five minutes, it’s a raw cannonball ride into depravity before hitting you with a satisfying twist at the end. Blunt and to the point, Maniac Driver is a terrific meshing of Italian influences and the Japanese underground.

A jarring soundtrack and brilliantly staged visuals make the film more memorable than your usual sexploitation psychothriller. Kurando Mitsutake has crafted an interesting film which wears its influences out in the open, a delirious ode to giallo landmarks with a stylish edge only Japan can produce. Maniac Driver is a project you could have seen from a young Takashi Miike, bursting with a genuine passion and enthusiasm for genre fare while bringing something more to the equation. 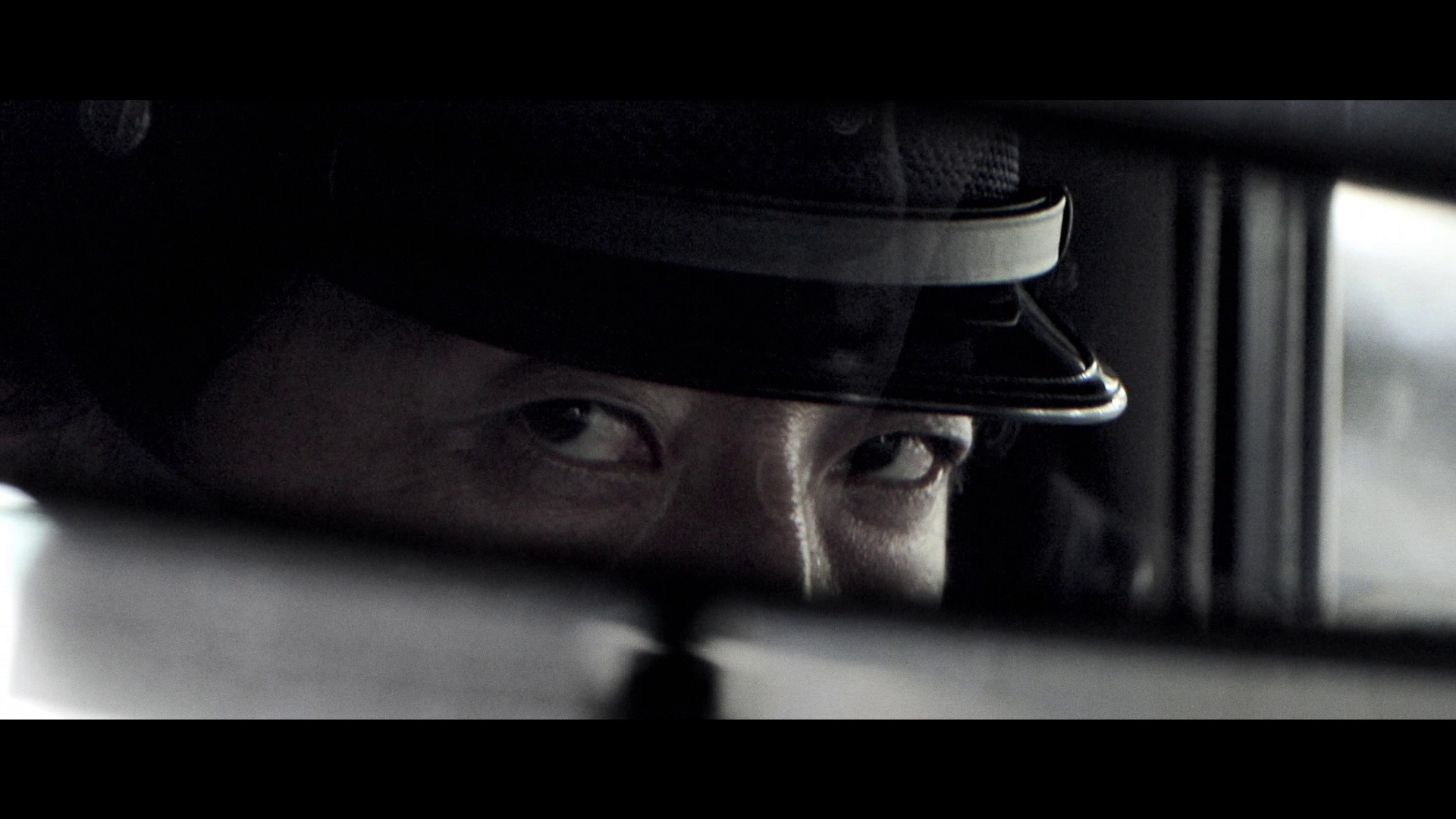 Often lit by wildly garish neon colors, the stylish neo-giallo from Japan boasts creative visuals held back a bit by the limitations of indie cinematography. There’s no denying Maniac Driver wears its influences on its sleeve, ripping off giallo set pieces from such masters as Dario Argento and Lucio Fulci in gory detail. Vivid splashes of blood light up the screen. Not to mention much more open and transparent video quality for salacious scenes featuring the adult actresses.

Maniac Driver is a low-budget Japanese production filmed with cheaper digital cameras, producing inferior quality footage mixed together with relatively clean, stable material. Flat with minimal depth, this isn’t eye candy in the traditional sense unless you go ga-ga for the psychedelic scenes.

The 2.35:1 presentation is shown at the film’s likely native resolution, 1080p. A little crushing and noise are evident in darker scenes. Detail waxes and wanes, depending on lighting and setting. Definition and clarity are average at best, on the weaker side for a movie made in the 2020s.

This is the first BD I’ve caught from Reel Gore Releasing, a new label in the ever-growing genre media game. The disc reflects the source material’s limitations and digital qualities, warts and all. The lackluster video quality shouldn’t deter a purchase here; the label has done everything they can provided what they’ve been given from Japan.

A pounding synth score by Yasuhiro Kawaguchi and intense songs by Japanese band Aiming High play an indelible part of Maniac Driver’s 5.1 DTS-HD MA Japanese audio. It’s a mildly discrete surround mix with bigger dynamics than most films from the country, often active during the flashy murder scenes. On the downside, the soundtrack can become grating and harsh during louder set pieces. The soundstage isn’t huge, focusing towards the front.

There’s clean enough separation between channels and dialogue is intelligibly reproduced even during the noisiest scenes. If you pay close attention, the intentionally retro-sounding score weaves in musical bits from classic soundtracks like Halloween and The Exorcist.

Optional English, French and Spanish subtitles play in a white font, inside the scope projection. It should be mentioned a hidden German dub is available if you pick that language for the menus after loading the disc.

A couple of different editions are available for Maniac Driver on Blu-ray. Put out by Reel Gore Releasing, a new label backed by well-known genre media retailer DiabolikDVD, they have a couple of exclusives solely available on their website.

Limited to 1000 units is a Blu-ray edition with a slipcover and soundtrack CD, not to mention what they are calling a Reel Gore collector’s card. Limited to 333 units is a padded mediabook edition, which includes a 52-page booklet featuring artworks and stills (Behind-The-Scenes) and an exclusive interview with Kurando Mitsutake.

The wide retail release is a single-disc Blu-ray edition with reversible artwork arriving in a red case. The Blu-ray is coded for all regions and appears to be a duplicate of an earlier German release, replete with a hidden German audio soundtrack if you need that language choice.

Audio Commentary by Kurando Mitsutake – A fine solo commentary by the Japanese director in…English. He discusses his experiences going around the world touring his earlier films and influences on this particular movie.

Making Of Maniac Driver Featurette (29:53 in HD; Japanese Audio w/ English subtitles) – Delving into footage taken from the set, there’s a candid glimpse behind the movie’s filmmaking process. Some cast members give their thoughts on their parts, including star Tomoki Kimura.