Everyone is bored in Anarene, Texas. Parents want nothing to do with their spouses. Boys can only fight over a handful of girls. And the economy? That’s the most bored thing of all.

The 1950s are often cited as America’s peak, that perfect Mayberry-esque, Norman Rockwell-like perfection as the post-war economy surged. The Last Picture Show says otherwise. It’s a confined film, locked by Texas’ borders and so small that no one keeps a secret or privacy. Teens have flings with married women because there’s no other way to satiate their hormones, and the housewives sit alone all day.

Sex is a taboo, even if every citizen partakes against their openly Christian beliefs. Last Picture Show captivates by honing in on hypocrisy, at times devastatingly so as these lost, immature high schoolers try to sort out their modern problems in a town beholden to a past that never will exist again.

Last Picture Show’s camera often glides past Anarene’s streets. It’s book-ended by such shots actually. Two consistencies remain true – one being the dusty wind spraying debris across the roads, and two being the utter lack of life. Around 25 people total appear in this movie; that’s likely the complete population. The rest left, and those remaining can’t sustain a livelihood from the dwindling jobs.

Anarene looks, feels, and is wholly isolated from society. Promiscuity is seen as the greatest of all sins. When a trucker hits a child near the end credits, the men elicit no empathy. That’s not allowed in a town where football is king and masculinity is the lone driving force keeping them alive. To even consider sex though, that’s equivalent to a felony.

Cybill Shepherd drives this story, manufacturing romantic crises, taking advantage of her situation, and desperate to escape Anarene with any man who will have her. She’s not wrong so much as hopeless, and knows only one means to elevate her life beyond Texas. Yet this is a quiet movie, serenaded by background country music alone, or maybe an increasing breeze. Anything wrong goes silently unspoken, or travels through gossip where others can feign their shock. It’s no way to live, even twisted, battering the idea that America was ever serene as Anarene wastes away to nothing. Yet the people hold on, hoping for a turn-around that will never come because they refuse to ever change even as the kids try their best. 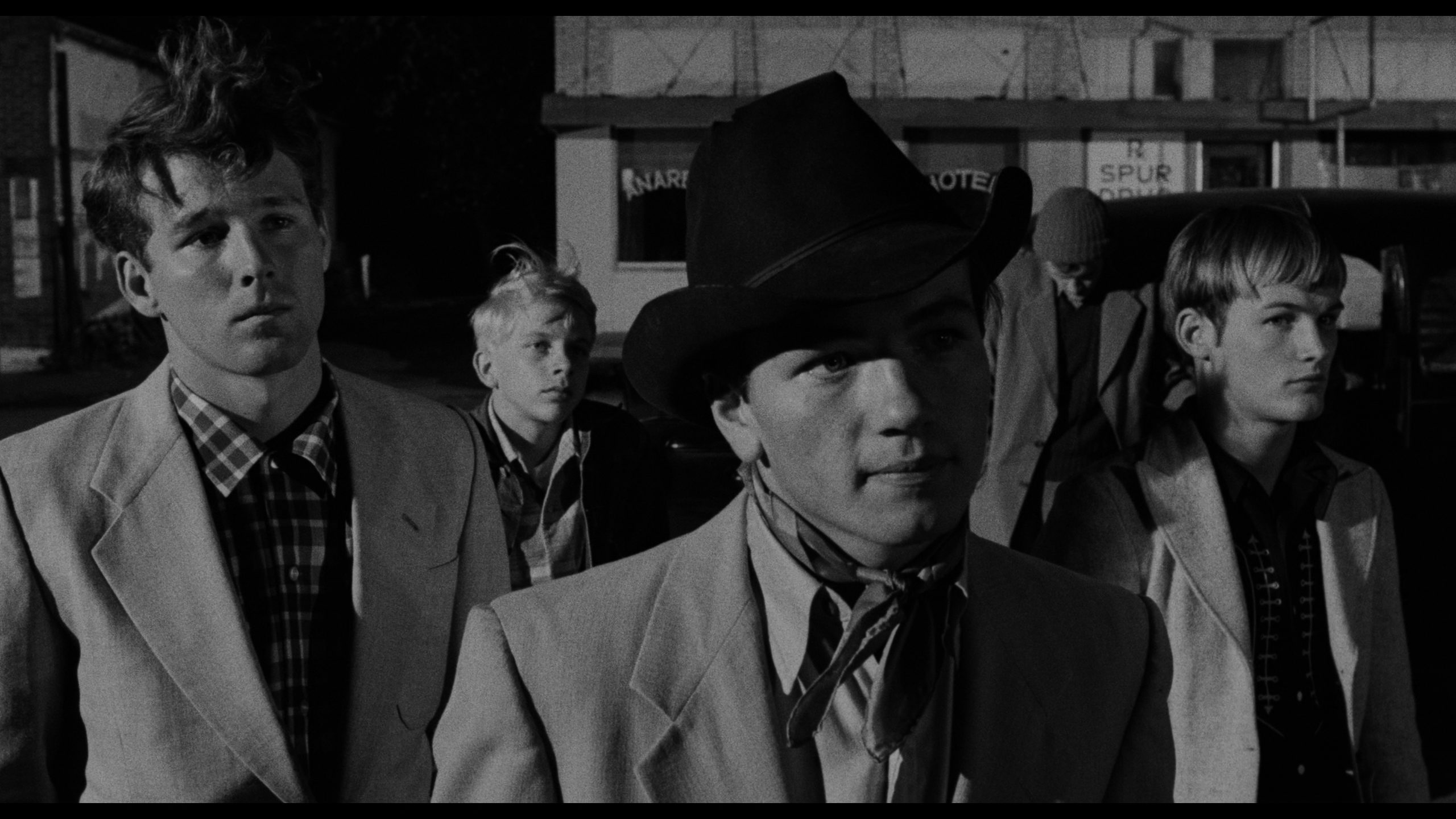 Top-end mastering work makes this a worthy inclusion in the Columbia box set. The lush black & white cinematography benefits from Dolby Vision, increasing the contrast and black levels to a careful degree. Neither is too intense, but perfectly fit to maintain gray scale flawlessly.

The print itself is spared from damage, dirt, and dust. It’s pristine.

In DTS-HD, the simple audio doesn’t sport any distortion or damage. It’s aged slightly, the dialog audibly flat if clear. Static or popping? Not here. The background soundtrack holds firm, and rarely presents any challenge.

A triple disc set includes the 4K unrated cut, the 4K theatrical cut, and a third disc with the theatrical version and extras. Peter Bogdanovich provides a commentary, which is followed by a tribute to the director, and another piece looking at his career. A retrospective documentary pairs well to the location footage. Promo materials round this one out.

Sorrowful and propelled only by lust, The Last Picture Show documents the waning days of the iconic American dream.