My Young Auntie is, foremost, a kung fu movie. The last act spends nearly 30 minutes uninterrupted in an inter-family brawl, flush with stellar choreography. Weapons, fists, and props all play a part to enhance the chaos while keeping repetition low.

But, My Young Auntie is not just a kung fu movie. It’s a generational comedy, with the young Ah To (Hou Hsiao) parading his aunt Tai-Nan (Kara Wai) around as she learns of a burgeoning Hong Kong cultural movement. Set in the early 1900s, the economy looks more modern and cars fill the streets in a break from Shaw Brother’s norm.

My Young Auntie is fascinating, and a total delight to watch unfold

The conflict concerns an inheritance and greedy uncles, yet in reality My Young Auntie pays more attention to the struggle of bringing progress to the older people in society. The script doesn’t take a stance either way – the youngest Ah To is overly obnoxious and loud like most teenagers, while his father and aunt refuse to ever let themselves fall out of tradition. Neither side wins so much as come to understand the other.

Better, it’s funny, light, and unafraid to be stupid. Into the 1980s, Shaw Brothers escalated in violence, choosing bloodshed and campy drama to lure audiences. Here, everyone acts like a belligerent idiot for entertainment value. My Young Auntie runs a little long, but includes a musical number, elaborate dance sequence, plus creative fight staging.

Kung fu movies often dealt in defensive stories where Hong Kong natives staved off an invading force. Here, the threat is westernization. To the older generation, the kid’s worst offense is holding a costume party with everyone wearing garb from English fantasy characters. Their action signifies a lack of respect to long-standing norms, a typical teen-versus-parents rebellion, but here represents an entire nation’s challenges in adapting to modernization. My Young Auntie is fascinating, and a total delight to watch unfold, making it among the most distinctive in the Shaw Brothers library. 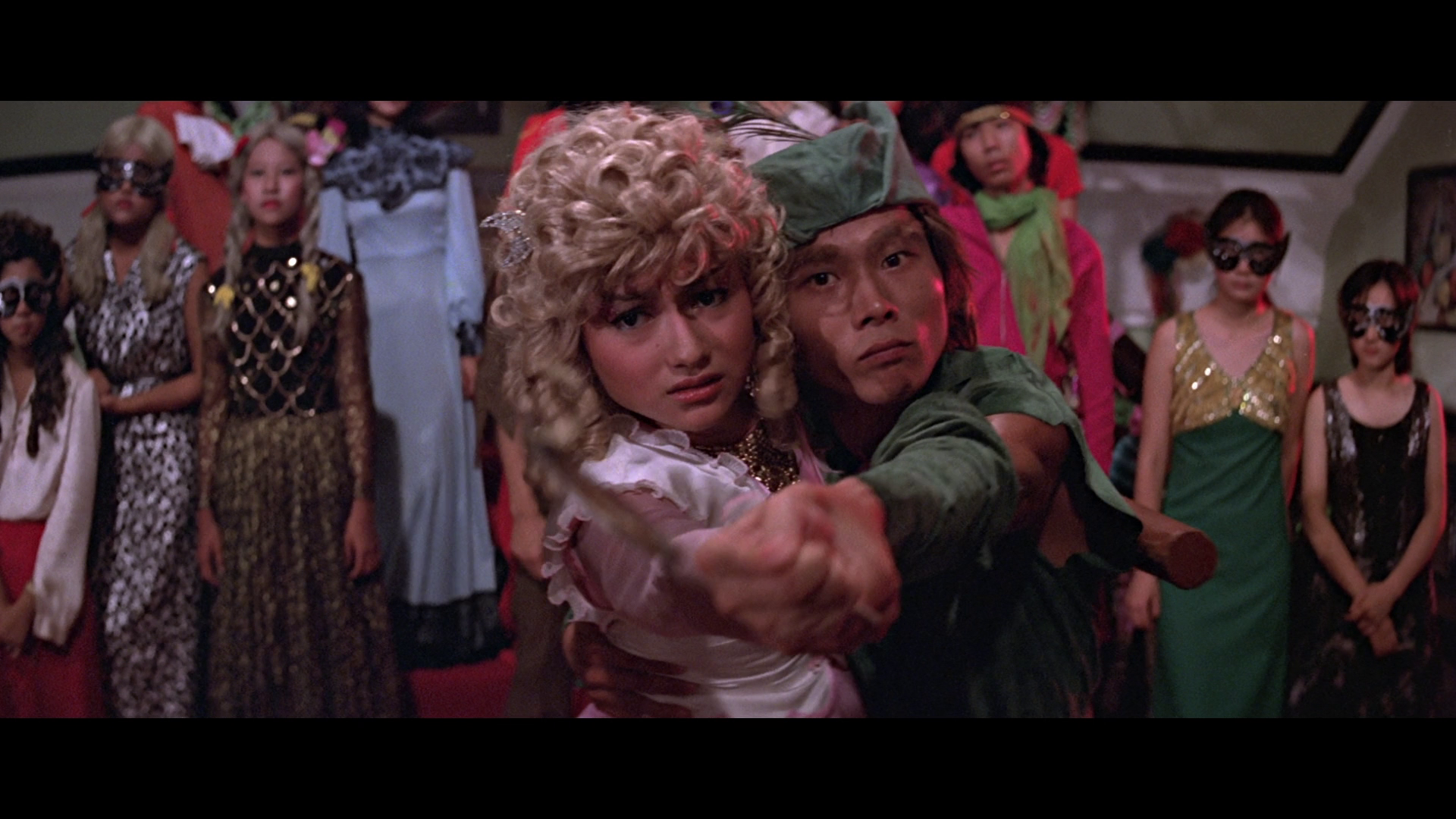 Beautiful restoration work introduces My Young Auntie with excellent vibrancy. Depth in the black levels keep a steady pace, even if a little faded overall. Rich in contrast too, dimensionality thrives in these conditions. Color also looks rich, if like the black levels, a little faded from time. However, this is minor, keeping My Young Auntie bold enough to appear wholly natural.

Preserved grain creates challenges for Arrow’s encoders, and it’s generally a positive result. Artifacting does happen, especially in smoky scenarios or when the cinematography takes on a hazy aesthetic. Mostly though, compression stays in control.

Thanks to the latter, My Young Auntie can showcase detail and definition from a stellar scan. Clearly done recently at high resolution, sharpness holds firm and the texture can show through.

Mandarin, Cantonese, and the English dub appear in DTS-HD mono. Performing better than most in this box set, dialog holds a clarity unusual for these films. Music still strains in terms of treble, but a little range squeezes through the music in places; that’s appreciated.

Tony Rayns chips in with a commentary, but only on select scenes. An older interview with actress Kara Hui runs near a half hour. Next comes an hour-long documentary on Shaw Brother’s women stars. Arrow goes to the trouble of including a VHS release (dubbed only) that runs seconds longer than the main feature, with alternate credits and galleries following.

Fun, different, and impressively charming, My Young Auntie is a refreshing oddity in Shaw Brother’s history.