Mark Huberman stars as a television director shooting a pilot for a paranormal show investigating the Gula Hotel. The ominous hotel in Cyprus has been shut down since the 1990s when more than 100 people mysteriously died in a suspicious incident.

Julian Sands plays the show’s host, Bruce. He’s a womanizing TV star who’s willing to stage some spooky happenings for ratings gold when threatened with cancellation. Bruce’s daughter Sofia (Mariana Rosset) has joined the trip, who also happens to be the director’s ex-wife.

Shooting the pilot with a small crew, things begin going bump in the night at the deserted hotel. Especially around Sofia, who begins remembering visiting the hotel as a child. The mystery of the hotel grows as they learn about its background and the cult of Teshub. The second half sees the body count quickly rise in a fine ode to giallo machinations.

The Ghosts of Monday isn’t a horror masterpiece but a largely effective descent into the unknown, packed with bloody set pieces. The scares are all over the place, ranging from occult conspiracies to practical creature effects.

It’s great seeing Julian Sands back in horror and he runs with it, ably handling a role which could have gone sideways. The mystery isn’t particularly ingenious but treads well-worn territory, a steady enough pace producing predictable but thoroughly enjoyable frights.

You could do a lot worse than The Ghosts of Monday if you want to catch a watchable horror flick. What the film lacks in atmosphere and craftsmanship is made up for by solid performances and unnerving terror. 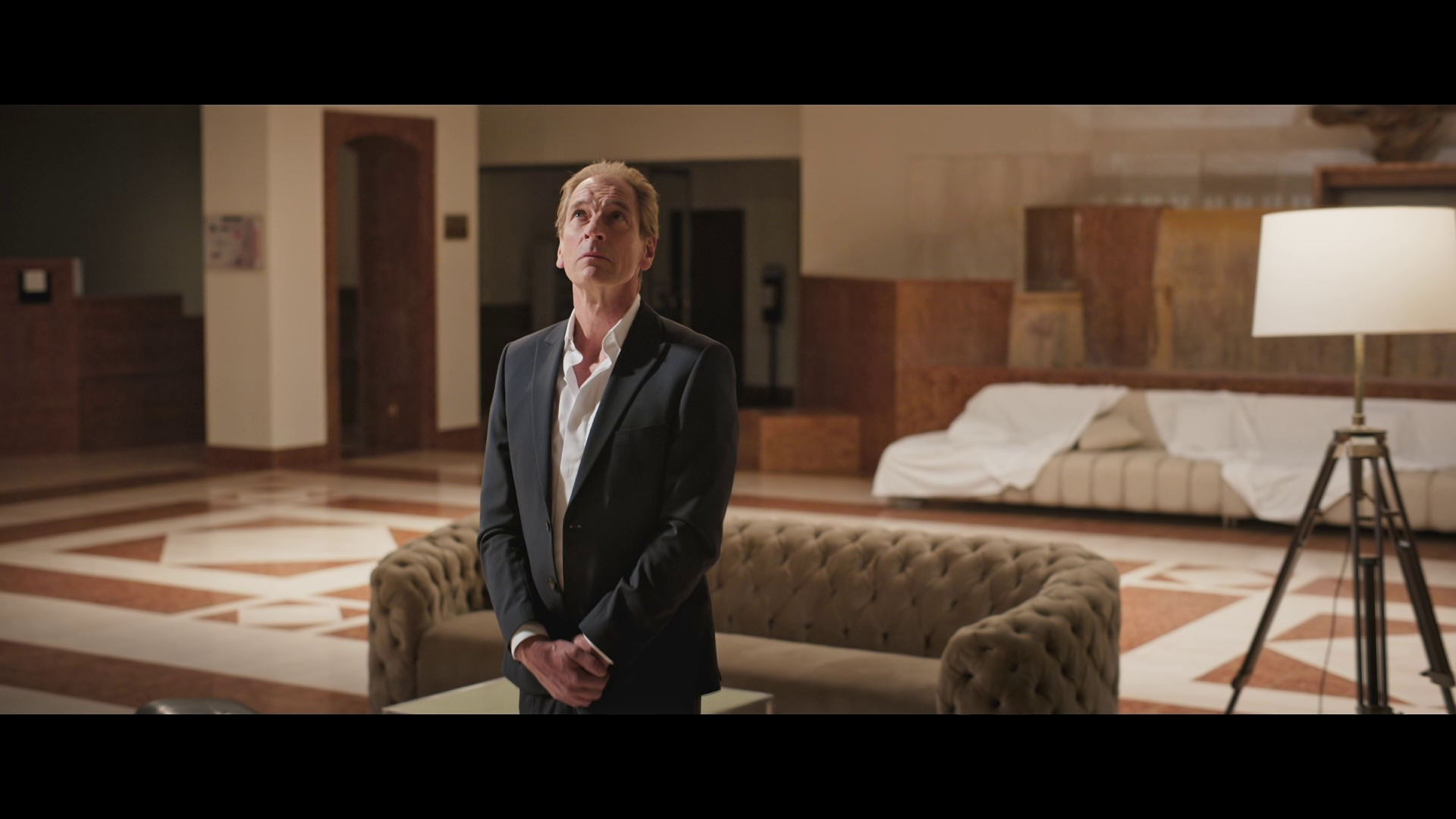 Cleopatra Entertainment releases The Ghosts of Monday in a satisfactory but underwhelming Blu-ray presentation. Shown at 1080i resolution, the 2.35:1 film reflects erratic digital cinematography. Average definition and clarity are hampered by an uneven contrast and washed-out colors. White levels frequently clip and flesh-tones are blown out. The over-driven brightness and shallow depth of field bear all the hallmarks of low-budget digital filmmaking.

The main feature runs a short 76 minutes, encoded in AVC. Compression isn’t a problem outside of a scene fifty minutes into the movie, absolutely replete with severe banding. Black levels aren’t bad and shadow delineation nicely details some of the creature. The opening scene does look positively terrible, possibly shot with some sort of filter for degraded picture quality.

We continue to get lossy surround mixes from Cleopatra, this time in the form of 5.1 Dolby Digital. A 2.0 stereo PCM soundtrack is also included. Clean and concise with adequate dynamics, the open mix offers intelligible dialogue. Some atmosphere is provided from the rear, while most music is kept towards the front soundstage. The tight integration of sound effects and dialogue makes for a simple and direct mix.

The lossless stereo audio does sound richer and fuller than the mildly thin surround mix. It hits with more bass and tighter imaging. The creepy score works well with the action on screen.

Optional English subtitles play in a white font outside the scope framing.

Packaging indicates the Blu-ray is coded for all regions. As seen below, no substantial special features are included.

Full disclosure: The Blu-ray was provided by the label for review. This has not affected DoBlu’s editorial process. For information on how we handle all prospective review material, please visit our about us page.

The Ghosts of Monday