Shudder’s popular horror anthology rambles into its third abbreviated season, still under the guiding hand of horror effects maestro Greg Nicotero (The Walking Dead). Continuing its trademark storytelling combo of ghoulish frights and macabre humor, the spirit of EC Comics and the original 1982 Stephen King feature film lives on in Creepshow. Delightful practical effects and an appreciation of horror’s past continue to underline the show’s best moments.

Like most anthology programming, individual episodes are always hit or miss in Creepshow. There are a couple of fun entries sure to please horror fanatics but the budget appears reduced from prior seasons. The six episodes comprising season three range from ancient supernatural monsters to modern political satire, all told with campy thrills and cheeky laughs while highlighting often impressive practical effects. Each episode is split into two separate, unrelated stories.

Guest stars this time around include Ethan Embry, Ron Livingston, Johnathon Schaech, Reid Scott, Andy Daly, and the always entertaining Michael Rooker. Mark Hamill pops by as a voice actor on the animated “The Things In Oakwood’s Past.” Episode directors include Greg Nicotero himself and Rusty Cundieff (Fear of a Black Hat).

The biggest issue with season three is probably something out of Creepshow’s direct control – some stories are hampered by their meager budgets. The resulting production occasionally reflects those limitations, ending up tacky and underwhelming in scope. The one “animated” segment looks more like a PowerPoint presentation with incredibly limited movement. I understand why they went with animation in this case; there’s no way Creepshow’s television budget could have handled its wild apocalyptic finale in live action.

Several segments are right up the show’s macabre alley. “Stranger Sings” is an ironic piece of terror with a great monster costume when a lonely doctor gets picked up by a siren looking to change her life around. “Time Out” is a wonderful little story about a lawyer who gets ahead in work using a device which steals time for his career. It could fit the Twilight Zone instead of a classic Creepshow tale.

“Skeletons In The Closet” is a fantastically ghoulish satire on movie prop collectors. “Meter Reader” is a skillfully-sketched metaphor about the COVID pandemic and the ensuing divisions within a family, all through the prism of a demonic virus sweeping the world. The biggest miss of season three is the garishly stupid “Queen Bee”, a bizarre send-up of social media and pop stars aimed at younger audiences.

Creepshow: Season 3 serves up more of the same gory practical effects, campy frights and clever horror parodies we’ve come to expect from the franchise. You may want to keep an eye out for the Phantasm homage. Fans should be happy to know Shudder has already renewed the series for a fourth season. 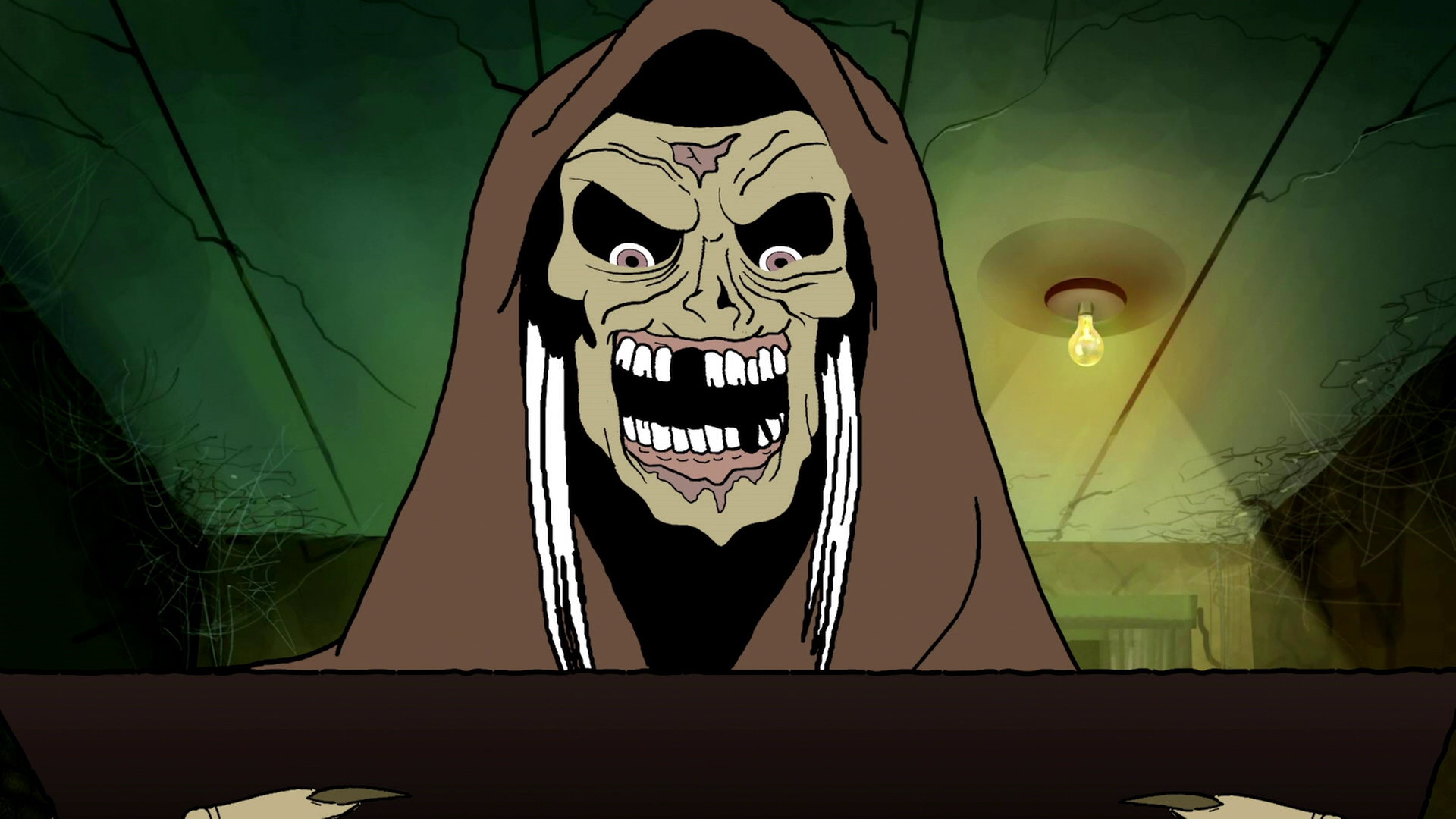 The 1.78:1 Blu-ray presentations for season three offer up Creepshow’s surprisingly clean-cut cinematography in superb definition and clarity. It’s easy catching every gory detail of the living and the dead in vivid picture quality, including the fantastic practical effects. The monsters and their make-up are outrageously realistic in 1080p resolution. Streamed on Shudder and broadcast on AMC, these Blu-ray discs represent substantial improvements for Creepshow in video quality over both.

RLJ Entertainment splits the short season over two BD-50s, fluidly captured in smooth AVC. The flawless video, including the animated segment, are presented without filtering and other post-processing techniques. Bursting with razor-sharp depth and nigh perfect contrast, there’s little to find wrong other than a few mistakes in color correction.

RLJE continues including special bonus features for their seasonal Creepshow releases. The two-disc set comes with an embossed, glow-in-the-dark slipcover like prior sets. An included mini-comic art booklet introduces each tale of terror and mischief. The Zoom panel with Greg Nicotero and others was recorded before the season first aired.

Behind-the-Scenes Raw Footage (38:12 in HD) – Candid footage from set and a revealing glimpse into some of the practical effects staged for the cameras.

Full disclosure: This Blu-ray was provided for review. This has not affected the editorial process. For information on how DoBlu handles review material, please visit our about us page.