Credit to anyone who attempts to write a plot synopsis for The Killer Meteors, a movie so ludicrously overwritten, confusing, and underdeveloped that trying to sort the purpose of each scene is often impossible. On the surface, Killer Meteors tells a simple Hong Kong fable about a local hero (Jimmy Wang Yu) forced into service by the local villain (Jackie Chan). Then come the twists, the endless characters, and unfortunately, even meandering fight scenes.

In seeking the positives, only the brawls with Wang Yu and Chan deserve credit, and even then, the wonky, inconsistent wirework blended with more traditional martial arts comes across as inconsistent or hard to follow. The latter statement applies to the story too, almost relentless in trying to deceive the audience.

Chan, controlled by a wife holding a poison antidote that keeps him alive, doesn’t say much for historical domesticity in Hong Kong. That’s Killer Meteors’ backdrop though, putting the pressure on Wang Yu to wander the countryside hunting for this cure, clashing with locals or spending days imprisoned by people also seeking his services. Tangents abound, there’s no cohesion in this script, and each new story beat seems like a different movie’s opening act.

It’s not worth enduring Killer Meteors to reach the climatic battle; thanks to modern technology, there’s no need to. Not yet established as a superstar, Chan’s small role lacks his usual charisma by default, cast against type (as if Chan had a type this early in his career). If nothing else, this is the only time Jackie Chan ever exploded to death on screen. That’s nifty, even as campy as it looks.

Killer Meteors belongs to Wang Yu almost in entirety, and he finds himself trapped by a plot allowing him little leniency to display his skills, whether in action or dialog. Stiff direction pays no mind to pacing concerns, of which Killer Meteors suffers from constantly. It’s a dreadful slog to see through to the end, and were it not for Chan’s own breakout success decades later, Killer Meteors wouldn’t warrant an inclusion in this – or any – box set. 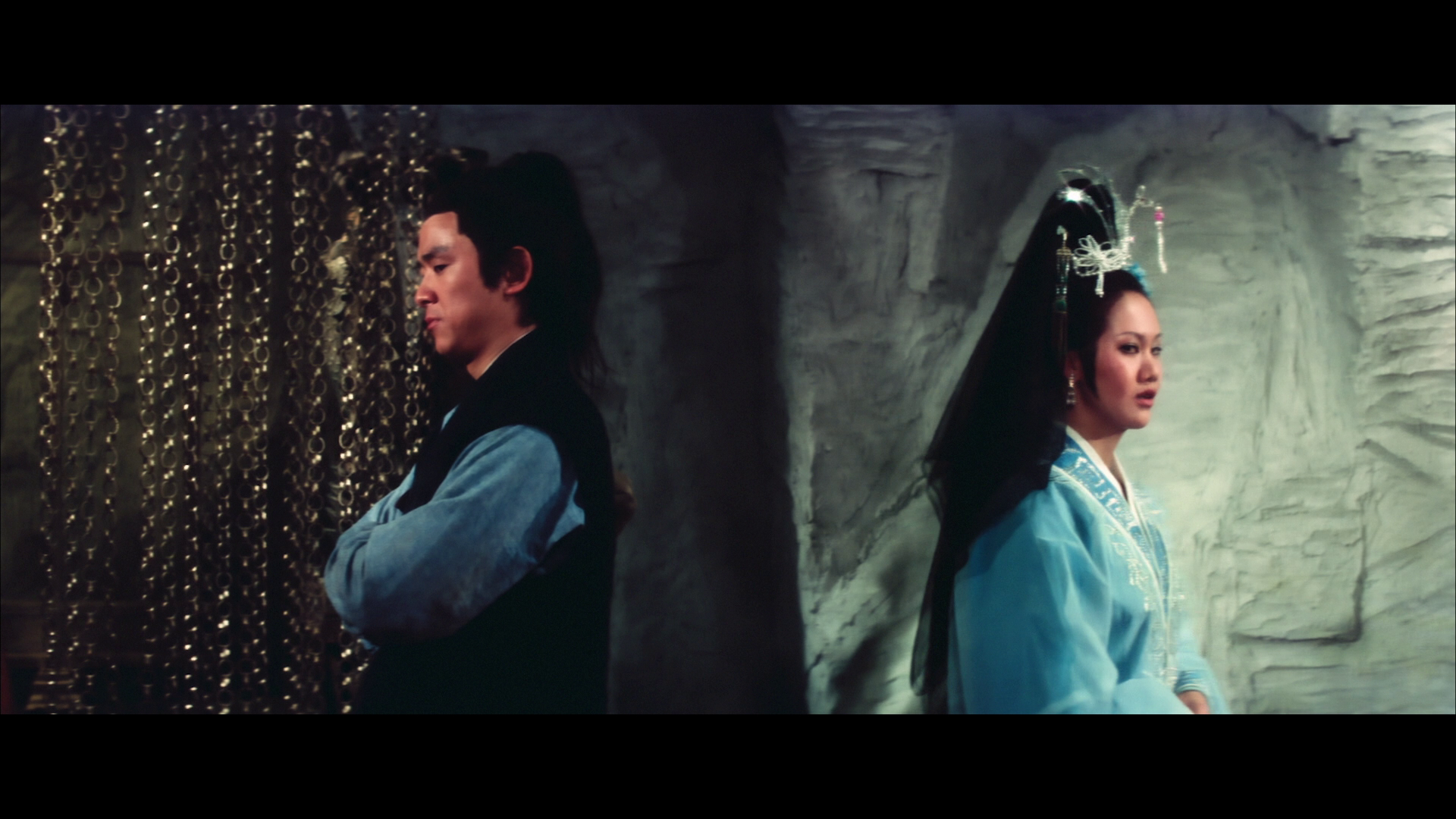 Eww. Smothered by noise reduction, there’s no grain to speak of. Anywhere. At all. What’s left is a pretty heinous layer of digital artifacting that’s borderline DVD grade. Resolution makes the slightest impact from what is, maybe, a master struck for the 720p/1080i era then upscaled. If detail can slip through, then it does, but sparingly. Certain edges show aliasing, or possibly that’s an artifact from the noise reduction. Either way, it’s ugly.

Black levels don’t exist during The Killer Meteors. Shadows veer toward mild grays or aged browns. Accepting the age and lower-end film stock (with near certainty on the latter point), Killer Meteors still looks putrid on this disc.

Can the color reproduction elicit a positive remark? Nope. Everything loses an edge due to time, greenery fading and contrast skewed away from pure white into various bleeding yellows, or maybe greens seep into the skyline. Diluted primaries don’t stand a chance.

Options include DTS-HD mono tracks for the English dub, Mandarin, and Cantonese. There are also 5.1 Dolby Digital tracks, Mandarin and English too. Those two are meh, hopelessly exaggerated like an early DVD surround track.

As for the original mono, each track suffers significant distortion. Music crumbles on the low end and highs sound akin to a blown speaker rattling. Any finer instrumentation in the score (borrowing compositions liberally from the original King Kong) disappears in the wall of sound, murky and messy. Dialog is audible assuming the action doesn’t pose a threat, but it’s not clean regardless.

Paired with a “hybrid” cut of Dragon Lord, the first disc in Shout’s Jackie Chan Collection includes a commentary from critic David West. Then, trailers and stills.

A messy, incoherent martial arts flick, Killer Meteors is among the worst this genre has to offer.