There are countless oddball, eccentric, and surreal sequences in Millionaires’ Express. Owing much to the silent films he grew up idolizing, director/co-star Sammo Hung treats these characters as if they think early cinema were real. Swarmed by playful personalities planning to rob a train, their ideas only make sense in film.

One group thinks of magnets, safely locking themselves to the train’s exterior. A larger gang tries wooing a woman to gain access to her room, turning into a classic bit comedy. Even the police look for their way in, dressing up as prisoners to appear less obvious.

Millionaires’ Express takes the genre in a direction of its choosing

More than the characters is the style. Chases often play out with undercranked frame rates, resembling the earliest cinema. If not that, then almost silent, people waddling away from the camera to goofy music. The turn-of-the-century setting helps too; Millionaires’ Express is determined to pay tribute.

While ungainly in places, fitted with uneven humor (certainly regional in tone), the script toys with an old-fashioned “steal from the rich” ideology. It’s indirect, creating few villains as the wealthy engage in adultery among other things. The impure heroes may intend to steal, but with cause, enough that even cops wonder if this should be stopped.

Steeped in American western mythos, Millionaires’ Express takes the genre in a direction of its choosing, nearing parody as the chaos begins to build. Everything looks, feels, and is within an elevated reality. Stunts look so wild as to be impossible (and given the broken bones on set, some were). It’s the western coated in free-form Chinese fantasy – and fights.

Millionaires’ Express isn’t a brawl-a-thon by kung fu action standards, although what’s included deserves notice. Seeing Sammo Hung and Yuen Biao clash – one of many meetings through their careers – on a train platform ranks as Millionaires’ Express splashy highlight. A later battle pitting Hung and Cynthia Rothrock was limited due to injury and time, yet still connects thanks to the stunt abilities of Hung who takes brutal falls. It’s flashy, underdeveloped, and brief, but given how much Millionaires’ Express needs to settle before the credits, that’s understandable. 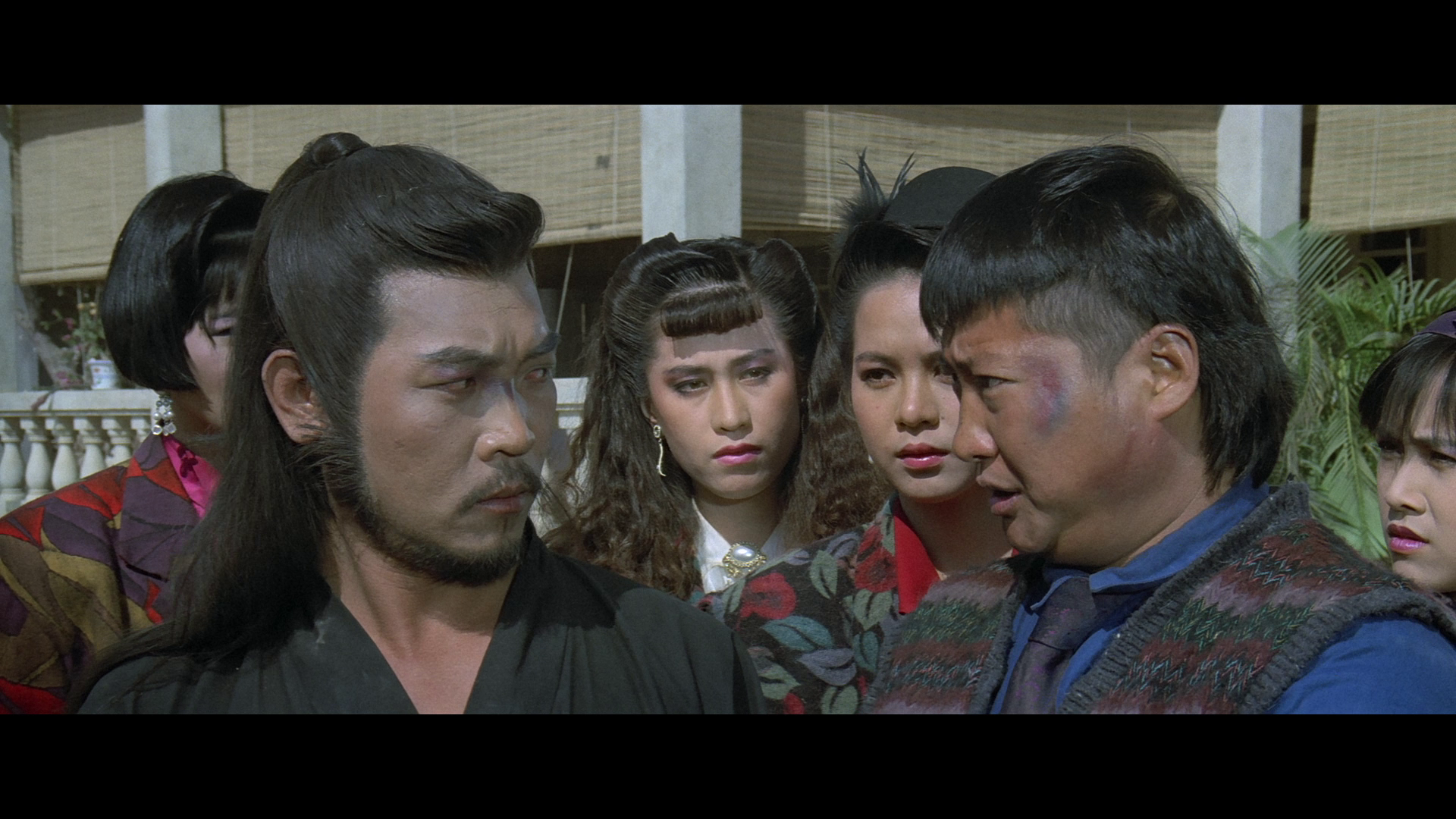 Not Arrow’s best showing, Millionaires’ Express struggles on multiple fronts. First is noise reduction, reducing fidelity to unfortunately low levels. Faces look plastic or waxy depending on the shot. Light smearing results too. Then comes the grain, hard and exaggerated. If taking an educated guess, the grain was likely added digitally, replacing what was lost during the de-graining.

Against the opening scene’s bright snow, a minor ringing will intrude. However, this doesn’t suggest any egregious sharpening. Contrast is otherwise too bland to cause issues, especially the dry, barely notable black levels. Depth is not a friend to this presentation, as if IRE levels were set wrong.

PCM provides the original Chinese mono track. It’s rough. While there’s no range to speak of as expected, the score muddies and flattens well below the expectation for an ’80s era offering. Every line of dialog sounds equivalent to hearing it on a radio broadcast in the ’60s. It’s messy.

This double disc set begins with commentaries – three of them. Frank Djeng is on the theatrical cut, with the extended cut handled by Mike Leeder and Arne Venema. Djeng returns with Cynthia Rothrock in select scenes only. Three separate interviews with Rothrock all date from the 2000s. Two interviews with Sammo Hung also come from the 2000s. Yuen Biao is featured in one clip from 2007. Yukari Oshima comes next, another ’07 clip. English credits and trailers finish this disc off.

The second disc includes two additional versions. The first is the English export cut, and the second is a new “hybrid” cut that takes all extra footage into a new version that runs just short of 110-minutes total.