Remade in 2009, there’s a crucial piece to Taking of Pelham One Two Three that no new millennium do-over can recreate: 1970’s New York. This original thriller is steeped in a brash, cold, heartless decade, spilling over with cynicism and anger around a changing social structure, work, and general misery.

Cynical in regards to politics and leadership, Taking of Pelham’s heroes work underground, their faces lit only by cheap overhead lights; there’s no air to release their tensions. So they fight. Some blame women entering the job for their excess workloads, and they say as much outright. Rudeness is a prerogative, even as foreign guests tour the command center. Serious as the hostage situation is – terrorists taking control over the title train for ransom – Taking of Pelham allows a type of levity that happens only in New York.

The way this script bounces between various jurisdictional offices, from police to the mayor, adds total authenticity to this scenario. A virus sickens not only the criminals, but the mayor too, the latter whom can only be risen from his bed by the promise of votes if he succeeds. Gun-happy cops ruin the plan’s execution, and near utter disaster on the roadways comes close to killing numerous hostages. Nothing goes right, and Taking of Pelham’s dirty, scuffed up aesthetic – again, all 1970s – feels wholly real.

Taking of Pelham also counts as one of cinema’s greatest finishes, with a final frame so smarmy, cocky, and fist-pumping, it stands as unforgettable. The satisfaction is felt by the characters as much as the audience. The violence and unfortunate death that came before deserves a conclusion like this, utter happenstance that matches the “Murphy’s Law” rules from before.

Walter Matthau is a delight as usual, appropriately sarcastic as the subway’s manager, as if Felix Unger took this gig. Then Robert Shaw, hard and remorseless as the gang’s leader, creating the stakes through dead stares or words alone. Dissension in both the hero and villain’s ranks keep the uncertainty in motion, neither side at an advantage, although the political maneuvering seems to give the criminals an edge. So is Taking of Pelham’s crass point, that people in power only care about keeping it and less about the people they serve. Except Matthau. That’s why he’s the hero. 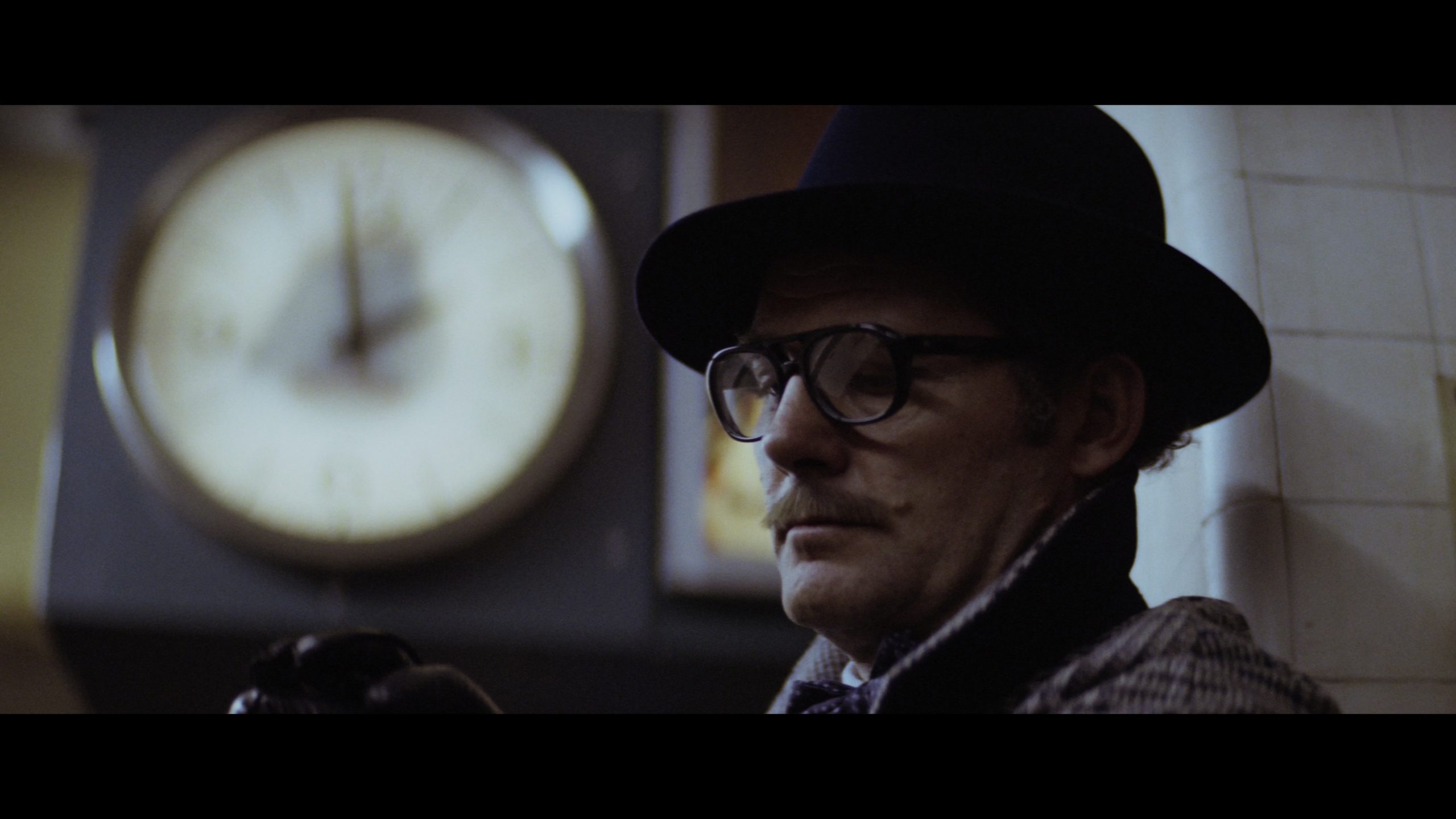 Not the sharpest cinematography ever, Kino does what it can for this UHD presentation. It’s a softer, less defined image, lower than most on textural details. That’s not to say Taking of Pelham One Two Three is lacking so much as naturally weaker when compared to others from this era on 4K. Grain resolves decently enough, creating no additional information loss due to compression.

Soaked in a sepia-ish hue, yellows and browns rule the palette, although there’s a push from primaries at various points. Certainly the red bulbs on the control board show plenty of zip. Flesh tones hit accurately enough, if slightly pale. Still, they’re natural.

Defaulting to two channel mono, there’s also a 5.1 track. There’s limited difference between them. Surrounds only handle the score, keeping the dialog and other effects centered. Any change in range is limited. Either mix works.

Both carry clear dialog. Crisp highs in the music hold firm, and there’s even a slight bass at the deepest moments. It’s a strong DTS-HD offering, even without the pizazz.

The Blu-ray brings interviews, the first with actor Hector Elizondo, then comes editor Gerald B. Greenberg, and finally composer David Shire. An older making of joins trailers and image galleries.

Taking of Pelham One Two Three