Initially, Alan’s (Alan Ormsby) suave dialog is a charmer – he’s an acting troupe’s arrogant leader as they saunter onto a Florida island to begin a Satanic ritual. Every word he speaks suggests ego, and his pompous bickering adds to Children Shouldn’t Play with Dead Things’ early charm. Then it keeps going.

After some 70-minutes spent with these people, zombies rise, and mercifully pick them off. “Mercifully” because that means Children Shouldn’t Play with Dead Things is almost over. To call this low-budget, Night of the Living Dead knock-off boring is to understate the obvious. The script spends an hour in repetition, people arguing that Alan’s disregard for the dead is offensive. Duh.

While an obnoxious twit, Alan becomes the caricatured stand-in for early ‘70s, peace loving hippies who shunned organized religion and for their own purposes, admonish the dead. There’s some satire there, and it’s right there in the title as well, but stretched too thin to ever catch. Children Shouldn’t Play with Dead Things doesn’t have the momentum to sustain itself, or any entertainment value.

Set in Florida, Alan becomes the ultimate “Florida man,” a reference to headlines denoting something impossibly stupid someone did in the state. In this case, that’s willingly cursing themselves (and the idiots along with him) leading to their deaths. Funny as a short film, a total disaster at feature length.

Director Bob Clark gave us A Christmas Story, but did dabble in horror like this monotonous dud. To see his genre work, Black Christmas is the better choice. While a few morbid gags land here, the slog is otherwise real. Not even the undead rising, in Children Shouldn’t Play with Dead Things’ most expansive sequence, makes the first two acts worthwhile. There’s too much dead weight – pun intended. 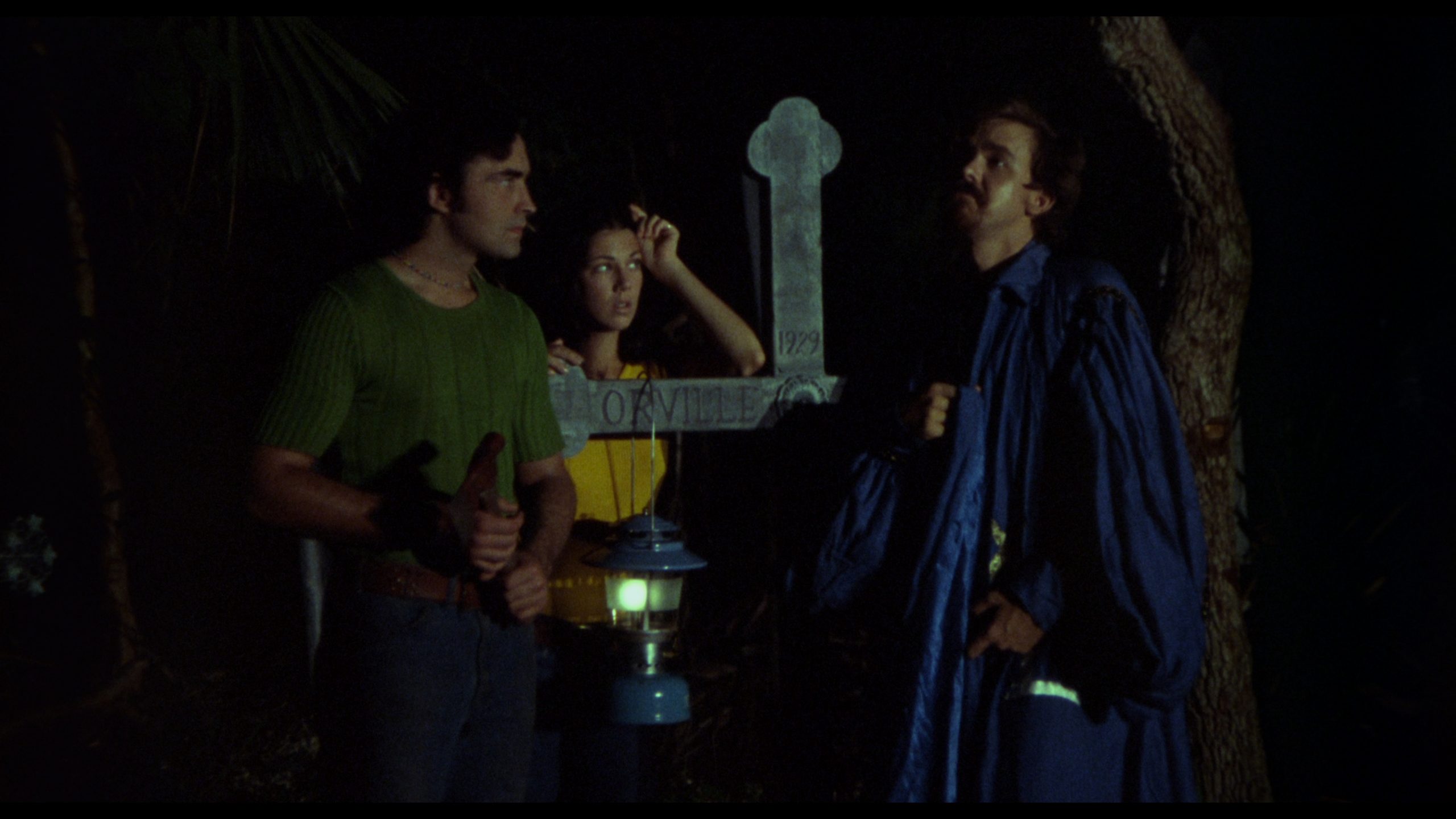 VCI debuts their first 4K release with Children Shouldn’t Play with Dead Things and doesn’t set particularly high standards. That said, this isn’t all on VCI. Shot dirt cheap and likely on a low-grade film stock, there’s no surprise the resolution doesn’t add much to the crummy source. Soft, murky, and overflowing with black crush, seeing anything is a basic struggle in places, let alone fidelity.

Foregoing HDR, credit goes for keeping the color well saturated. Clothing defines the characters, with yellow, green, orange, and more shirts sticking out from the blackness. If one element deserves praise in this presentation, saturation is it… and only it.

Grain looks fine. Nothing spectacular, although at least it’s retained. Limited light stunts the contrast and a few times during the review process, the TV couldn’t detect any motion, dimming as if asleep; it’s that dark sometimes. Specks and scratches remain on the print, if to limited severity.

Like the video, the cheap production sounds as much. PCM mono sends out dialog recorded live on set and the audible echo confirms as such. Every sound effect sticks out, and clarity isn’t a consideration. Any bass causes the mix to muffle and wobble. Highs distort severely.