After two bleak Batman films from Tim Burton, director Joel Schumacher took the series into a camp wonderland, obsessed less with crushingly limited light and more with dousing the screen in nonsense color. The gravitas was gone. Then came Mystery Men.

Mystery Men never felt like a broad superhero parody so much as a mockery against Schumacher’s work. The two worlds exist in a visual synergy, burdened by wacky camera angles, expressively overdressed color, and high camp action. It’s as if they exist in the same aesthetic.

Mystery Men is creatively free to establish its own identity

The difference, of course, is Mystery Men’s intended stupidity. Starring underdog heroes, Mystery Men sees farts used as a weapon, anger issues as a positive, and a clothing shrink ray that works entirely as expected.

Unlike an Airplane that used specific instances to parody, Mystery Men is creatively free to establish its own identity. The mockery is more subtle, and at times, comes because Mystery Men had to exist in the first place. Taking pot-shots at Batman is easy, but so surely mimicking a major studio’s franchise falling out – the same studio that sunk Superman the same way – deserves credit.

Aided by stellar casting, Mystery Men makes the most of Ben Stiller, Hank Azaria, and others. A delightful Geoffrey Rush takes the super villain part with panache, and Greg Kinnear’s Captain Amazing deserved a prequel story of his own. That Mystery Men so willingly engages with superhero culture and the goofball wannabes pretending to have powers mocks an entire fandom, yet in a way that makes sense. If Kinnear’s Captain Amazing really existed, complete with corporate sponsorship, no doubt people would don their own capes, whether skilled or not.

There’s no shame in this script. It’s just as happy to unleash knockout flatulence as it is to stage a steamy nighttime tryst with a leg-humping skunk. Lacking any fear and beholden to no major comic book license, Mystery Men takes any opportunity to find a laugh, no matter how degrading. Low brow? Certainly. But, not without brains and thought behind these gags. 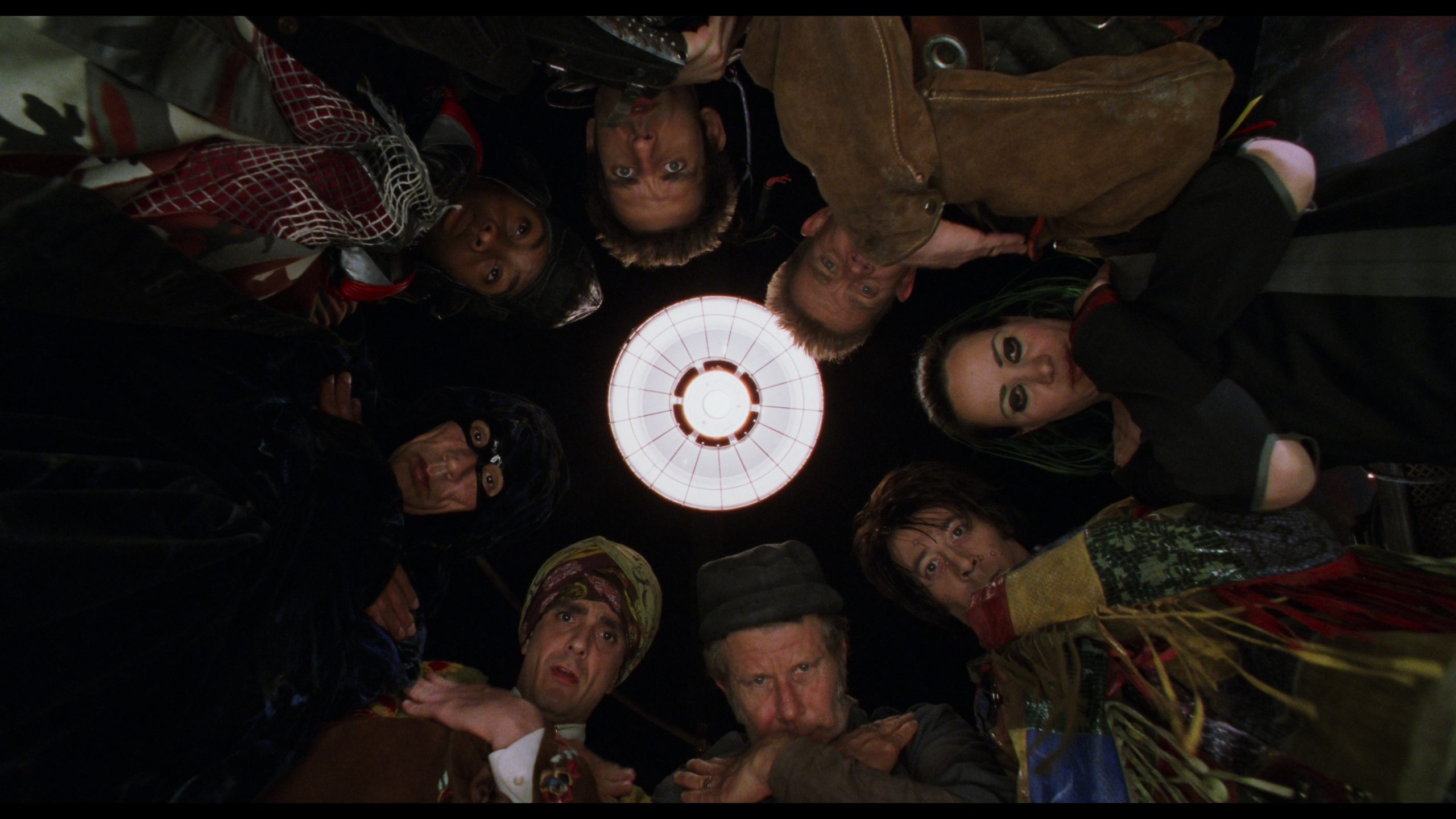 Superlative mastering gives Mystery Men a worthwhile 4K debut. This is a colorful film, soaked in an eccentric palette, even hyper-neons. In Dolby Vision, the imagery brings out every hue, quite the spectacle when the pinks and greens and yellows clash so vibrantly. There’s no sign digital tools played a role. Flesh tones sustain a natural hue throughout.

Grain sticks around, light and mild. Encoding keeps Mystery Men filmic, and totally transparent to the source material. Detail appears in gobs, flawlessly resolved courtesy of this true 4K scan with the slightest, tiniest filtering used. Facial texture keeps a consistent pace throughout, and aside from aliasing during wide CG city scenes (expected given the early digital effects), Mystery Men is totally pristine.

Well rounded 5.1 (there’s a 2.0 option too) bounces around consistently, having fun during the action scenes. Thrown bodies fall around the soundstage. Debris scatters. Jetpacks sweep around through the stereos and rears. Crowds draw attention for their ability to fill the full soundstage.

Bass isn’t substantial, but enough to rumble during an explosion or to exaggerate a punch. The electro magnet near the final act makes for a generous shaking. Range accentuates the music too as needed, even disco.

Mocking the busy camp of Schumacher’s Batman, Mystery Men is an equally goofy delight that scores enough to work.