Invaders from Mars wasn’t a high-end production. That’s clear whether the film’s backstory is known or not. Footage loops and repeats to save on film stock. Bland military videos suggest an entire armory is going to defeat the Martian invasion when it’s actually two jeeps. Much of the action takes place on a single set, a small countryside where aliens lie in wait. How convenient for the film’s budget managers.

It’s not how things look but the why – and that’s not necessarily because Invaders from Mars lacked the needed studio pocketbooks. Invaders from Mars, years before Invasion of the Body Snatchers, told the same story, and rooted in the same Red Scare fears. People become unrecognizable once implanted with a receiver, and those afflicted include David’s (Jimmy Hunt) parents.

Before The Blob popularized the teen sci-fi thriller, Invaders from Mars was the first

What follows is something that considers David’s grand imagination, a wallop of sci-fi tricks pulled from the UFO paranoia and genre pulp of his day. It’s ludicrous how quickly the army responds, how easily they figure out the alien’s plans, and how simple they’re resoundingly defeated. It’s not so much adults act like idiots, rather David sees the world as kids do, as if their parents and authorities never believe them. Before The Blob popularized the teen sci-fi thriller, Invaders from Mars was the first, and it aimed even younger.

The whole movie carries an air of loopy absurdity, slowly ratcheting up to raw camp. That includes dorky aliens, dressed in green velvet-like pajamas and plastic masks that could convince no one of their reality. To a kid like David though, they look terrifying. So it is with the speech-less Martian leader, nothing more than a silvery, tentacled human head in a box with little to offer. Of course this looks like nonsense; so do everyone’s dreams as children.

Exciting this is not to anyone over 10, but there is an impassioned attempt to delve into the ‘50s post-war panic about communists, and how readily America is to defend itself. Nightmare-inducing for the youngest, Invaders from Mars also shows a non-stop combined effort to eliminate the threat, and the fearless men willing to risk everything to do so. There’s a patriotic fervor to the action, even at its hammiest. 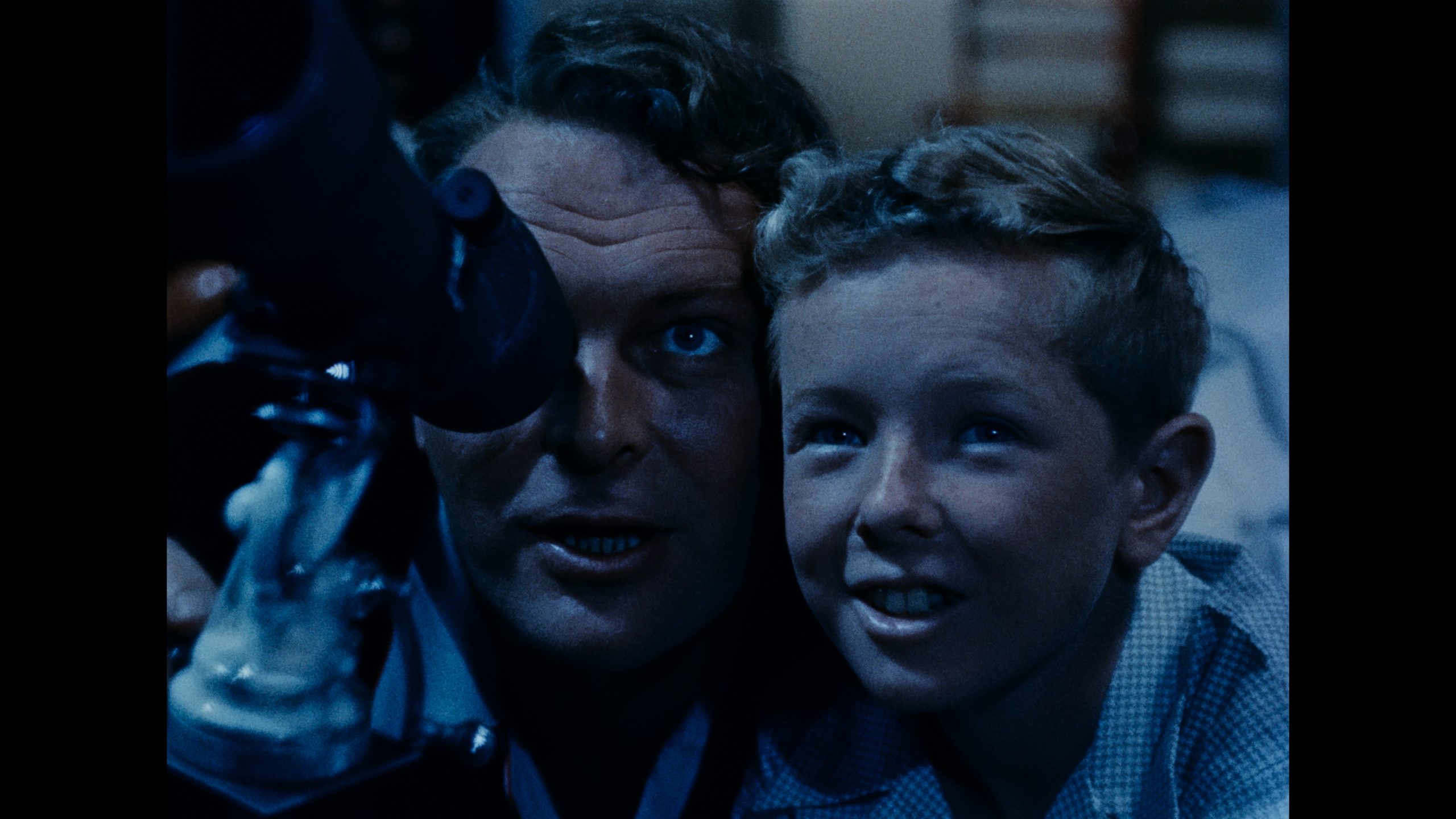 Included in the package is a lengthy booklet looking at the restoration process, noting the multiple prints used to complete this master. That shows in the final result given the inconsistencies, but overall, this fantastic presentation makes the UHD worthwhile.

The heavy, persistent grain structure resolves well; encoding does heavy lifting to accomplish this, even with the occasional lapse. Achieved detail creates dazzling results given the print’s condition and age. A close-up on the sandy landing site reveals individual sand grains. Facial detail is exposed in every close-up.

Understandably, fade-out edits look pitiful, and with no possible fix. Restoration does what it can, and that’s not much. That leads to aggressive clipping in both whites and blacks. Invaders from Mars can look murky, muddy, and imprecise, but at least it’s damage free. Scratches and gate weave disappear almost in their entirety. Color boldness and saturation both show exquisite attention to detail.

Strong HDR emboldens every highlight, from stars in space to skylines and gas pumps. It’s intense, at times surprisingly vivid too.

While the video carries unavoidable lapses in consistency, the audio does not. Crisp highs during the orchestrated score hit a level of disbelief given their clarity. Also splendid, the dialog doesn’t strain or skip. While there is some natural aging evident, nothing seems impacted by damage.

Author James Curtis speaks on director William Cameron Menzies’ career in a 16-minute interview. Actor Jimmy Hunt sits down for a fun 10-minute interview. A featurette includes interviews with John Landis, Joe Dante, and others, looking back on the feature over 22-minutes. A detailed peek at the restoration lasts near seven-minutes. An intro from a TCM festival also hits seven-minutes. Two clips come from an extended European release. That also includes an alternate ending. Trailers and an image gallery round things out.