Highball hails from the Gen X era of indie comedy, when small films like Clerks became household names and made small fortunes on home video. Directed by Noah Baumbach as a side project to the more professional effort Mr. Jealousy, he took his name off Highball despite the star-studded ensemble for good reason. The haphazard project fell through the cracks, left in the dust as Baumbach went on to bigger and better things.

A few funny bits aside, the undistinguished romp is more known for its cast than its uneven laughs. Hints of Baumbach’s talent peek through and there’s a bit of fun gleaned from seeing names like Ally Sheedy mocking themselves in Highball. This is raw, unpolished humor made with Gen X attitude and SNL bravado.

The genesis of a few friends from the Second City Improv scene in Chicago, Highball was roughly filmed in a week. Borrowing a few recognizable actors from Baumbach’s own Mr. Jealousy, the comedy inserts them into the wacky happenings of a group in Brooklyn who attend three parties thrown by oddball couple Diane and Travis: a birthday party, a Halloween masquerade, and a New Year’s celebration.

The all-star ensemble features Justine Bateman, Noah Baumbach, Dean Cameron, Rae Dawn Chong, Eric Stoltz, Ally Sheedy, Annabella Sciorra, and even director Peter Bogdanovich. They all let their hair down in this goofy comedy with slacker undertones in a quintessentially ‘90s undertaking. If the parties unfold like unplanned sketch comedy, that may have been the intention. There’s more than a hint of Improv acting in the quirky film, almost making it up as they go along.

The funniest moments stem from Ally Sheedy and Raw Dawn Chong playing themselves, bit cameos which mock their own celebrity. There’s also an aged Peter Bogdanovich giving a terrible John Wayne impersonation, better known in Hollywood as a director for such flicks as Paper Moon. Some of the recurring gags are dry but funny, if you can imagine the inane drama which plagues this group. The hit-or-miss laughs are the lone high point of this witless ensemble, crudely fit together by the thinnest of threads.

A couple things firmly stick out, such as Justine Bateman’s bizarre performance. I don’t know what to call her work in Highball except a drug-induced haze. One of the stranger efforts ever from a former sitcom star. Highball isn’t an undiscovered indie gem from the late 1990s and it’s a tough sell unless you are a big fan of the cast.

The cast went for an indie comedy vibe and hoped it would hit pay dirt like Swingers or Clerks. The writing just isn’t at that level. Highball is really a bunch of acting friends from the Chicago Improv scene trying to gel together while a few big stars make the most of their cameos. 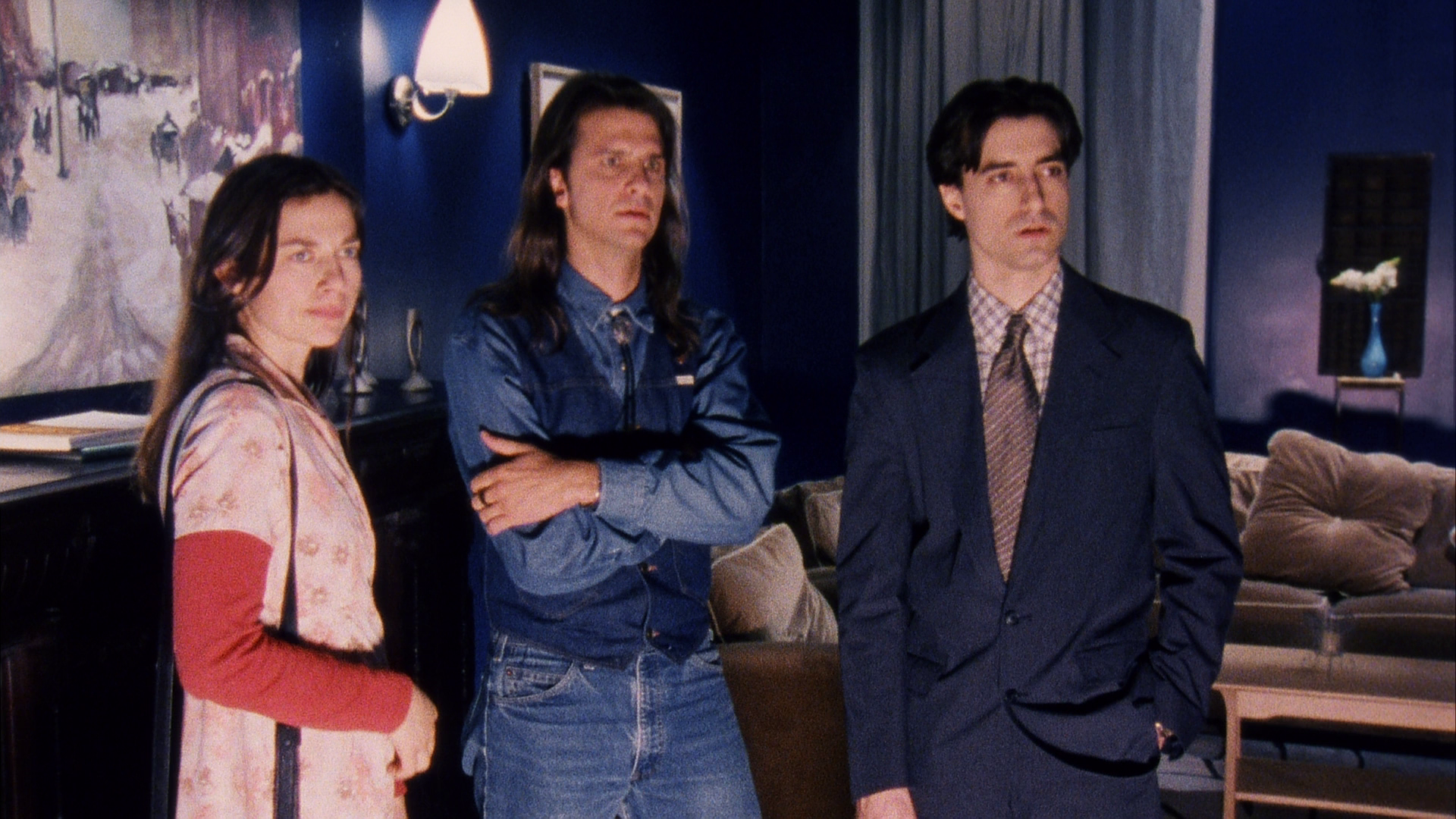 Woeful definition and limited detail embody the muddy 1.78:1 presentation. It’s an older transfer of questionable resolution, the film shot in the late 1990s on a shoestring budget and indie ethos. MVD does what it can, encoding the 79-minute main feature on a BD-50 with sufficient AVC bitrates. Don’t expect video much better than DVD.

Soft and replete with chunky grain, the low-budget cinematography doesn’t hold up in 1080p video. Clarity is on the poor side. If you told me this transfer is leftover from the DVD era, I’d believe you. Black levels produce crushing with poor shadow delineation. Some film texture is evident and there’s no obvious processing.

Highball hits Blu-ray for the first time courtesy of MVD as part of their Marquee Collection. We get a lengthy new documentary featuring several key players, though Noah Baumbach is missing in action since he’s disowned this film.

The disc is coded for all regions.

The Last Time I Committed Suicide Trailer (02:27 in SD)

Director Noah Baumbach disowned the indie ensemble effort, an amateurish work closer to sketch comedy than a litany of recognizable names like Justine Bateman would have you believe.