Paranorman provides lessons in grief, revenge, morality, and understanding. It’s nuanced, varied, and captivating. The best message from Paranorman comes from only a single line, spoken by a ghostly grandmother to Norman: “Don’t let it change who you are.”

Norman’s bullied. An outcast, he sees and talks to dead people, even dead animals. To him, it’s normal, the only existence he ever knew. The only reason he thinks it’s wrong is the social pressure from schoolmates and a father who can’t accept his son’s unique ability. For kids, Paranorman concerns being yourself because yourself brings uniqueness and color and kindness to the world. For adults, the friendly morbidity is a total joy.

Personality? That Paranorman has in droves

Death doesn’t mean much to Norman. He already knows the afterlife’s ins-and-outs. Trying to recover a book held by stiffened rigor mortis hands, Norman swings the lifeless corpse around the room, bashing the head into tables. It’s hilarious because this isn’t wrong – it’s what he was told to do by the body’s ghost.

This script deals deftly with the afterlife, scary to a fault because zombies naturally chase people, but there’s another message in Paranorman – assumption and judgment both cause chaos. Much as people don’t understand Norman, they don’t understand zombies either. Grandma offered that advice too: Just talk to them to resolve the problem. He does.

That’s everyone’s mistake – they don’t talk to Norman, only bully and chastise him. They don’t want to hear him, just bolster their own social standing at Norman’s expense. Everyone in town becomes an easy villain, if complex in their reasons. Paranorman imbues even smaller roles with characterization, from the oblivious sister to the dopey bully, each carries something that makes them individuals outside of archetypes. Personality? That Paranorman has in droves.

And of course, the technical merit is unreal, truly a special achievement given the animations absurd fluidity, or the puppet’s meticulous details. Paranorman looks wholly lived in, and the miniature people on these sets feel totally alive in their caricature. It’s as involved in execution as it to dissect after a viewing. 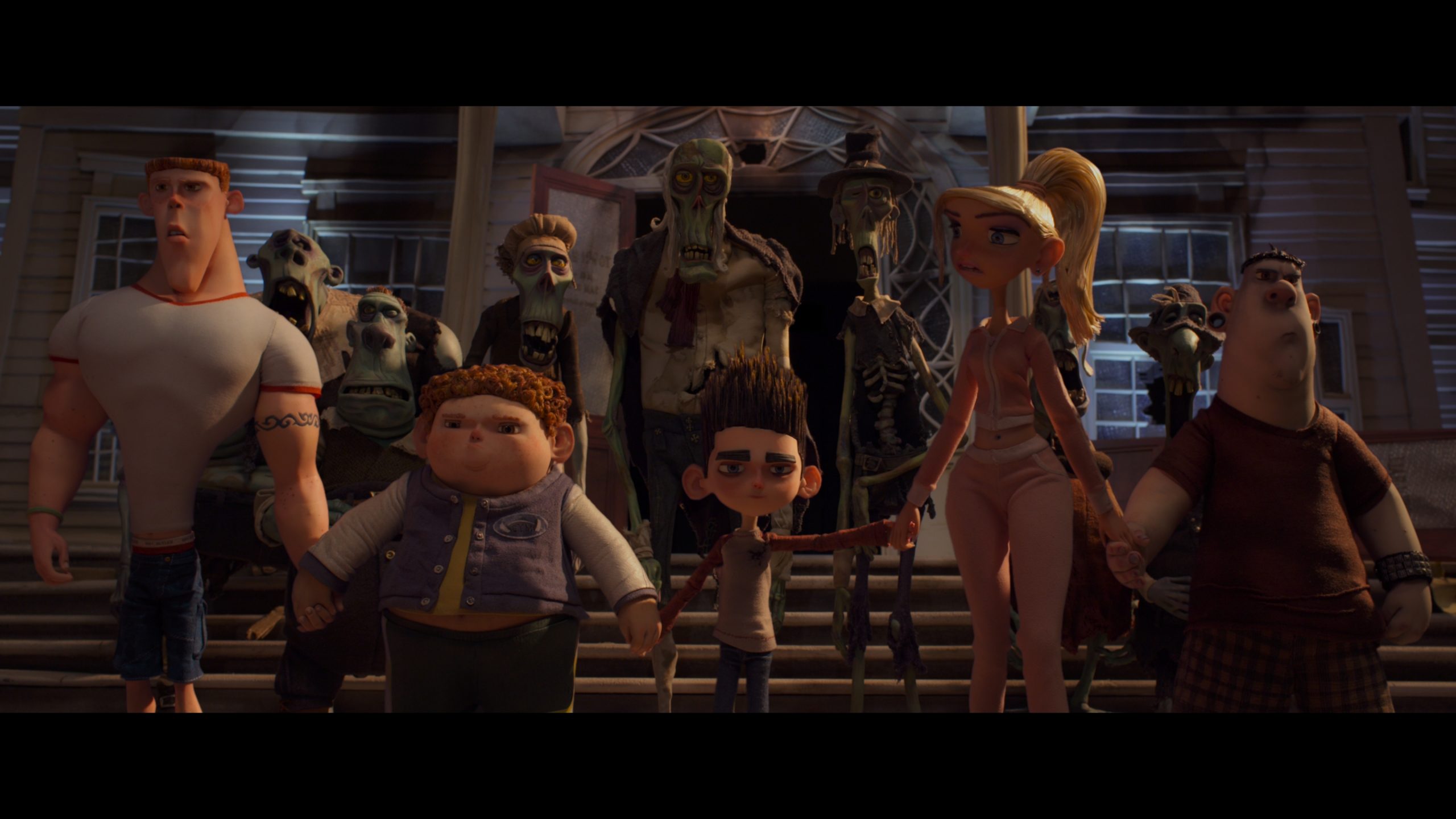 Simply beautiful mastering highlights this release beginning with the outstanding, crisp resolution gains. The sharpness and resolution bring added life to the puppets, resolving their intricate texture even at distance. Dazzling miniature sets host brick, wood, and concrete, all resolved cleanly. Not an ounce of noise factors in, creating no impediment to these flawless visuals.

Dolby Vision stays surprisingly sedate for most of the runtime, although it works when highlighting intensely bright objects. Overall contrast looks great, if not as intense as expected. Come lightning or ghostly lights though, and Paranorman begins to show off. Those peaks are shown attention, glowing and bright. The finale’s conflict with Agatha is among the most intense on the format. Paranorman just waits for the right opportunity to shine. Dense black levels do not lessen their grip on the aesthetics.

With plentiful ghostly winds, this newly remastered Atmos track spreads around the soundstage almost constantly. There’s almost always something bouncing through the rears or heights. Paranorman provides chances aplenty to showcase the remastering, channel separation consistently impressive. Directionality allows voices to travel as well as sound effects. The stereo split is a grand one too, with notable width.

Low-end provides support as needed, and there’s a solid baseline to work with. The deepest rumbles hit hard, providing the shaking and rattling indicative of the lowest tones. When the witch first rises, thunder effects slam through the subwoofer in what’s easily a demo sequence.

Co-directors Chris Butler and Sam Fell step onto the disc’s commentary duties, chatting over the movie and three animatics that last nine minutes. Peering Through the Veil is the stand out though, a generous look behind-the-scenes for 40-minutes that brings out the immense work involved in creating this piece. Seven featurettes total 15-minutes with a distinctly personal one leading the way.

A touch of kiddie horror feels right in Paranorman as the story deals in death, loss, and being yourself.