Poison powder, poison mist, poison darts, poison weapons – there’s a lot of poison in Kid with the Golden Arm. Borrowing liberally from genre westerns, this ‘79 Shaw Brothers entry deals in gold, the men hired to protect it, and the villains trying to steal the haul.

There’s minimal wasted time in this story, which is so direct, the necessary dialog is quickly passed by. Kid with the Golden Arm is more akin to a non-stop clash, developed with just enough character to establish the various identities. Even better, combatants don’t always believe in one another, creating dissension even in the hero’s ranks.

Pair that with a third act delivering a few twists, and Kid with the Golden Arm defies predictability. Watch enough Shaw Brothers and the tales blend together, but here’s one breaking that trend. Even if the narrative amounts to little else beyond good vs evil, the methods in how those sides achieve their goals prove memorable. A comic glimmer brings levity in places, making the bloodshed easier to take. 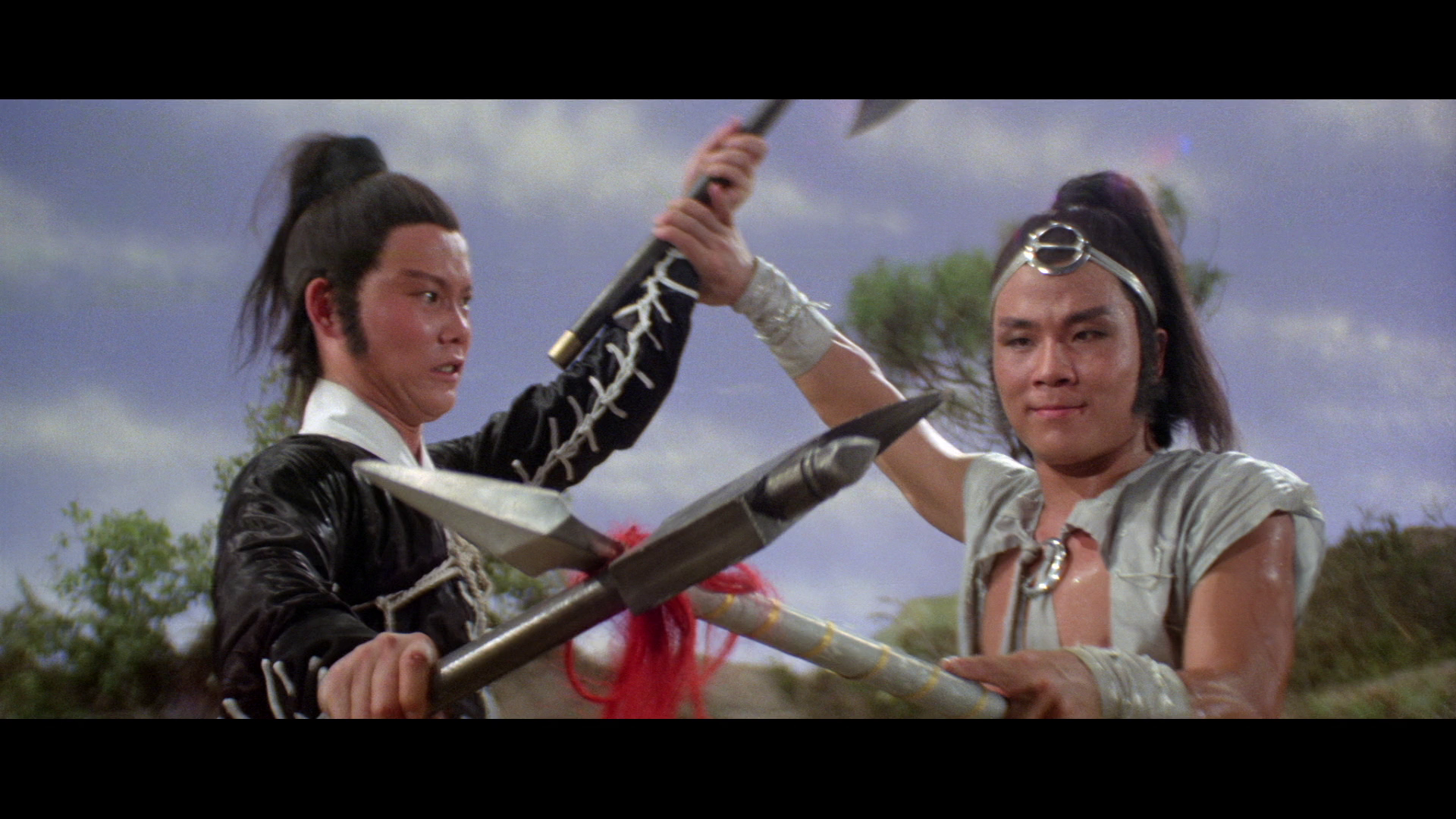 Mandarin and the English dub are on offer, both in DTS-HD. In Mandarin, the dialog sounds harsh, rough, and poorly defined. It’s audible, merely scratchy. The score suffers similarly, treble wobbling and wavering at the highest points.

Sharing the disc with Invincible Shaolin, extras port over, including the 2003 Robert Tai interview and video essay. There’s also an alternate cut that fixes a continuity error, alternate opening credits, and trailers/stills.

The Kid with the Golden Arm

A fable concerning gold, mythical roads, and kung fu, Kid with the Golden Arm is a relentless fight flick too.