Jerry and Marge Go Large isn’t a lottery story. Yes, Jerry and Marge win big when Jerry (Bryan Cranston) figures out a math fault in the system, but this story is a romance. It’s about two people, married for almost 50 years, finding a spark that keeps them together into retirement. Finding two more enjoyable people to follow through this journey is unlikely.

There’s winning, celebration, and a town renewed by the cash infusion brought on by this lottery gamesmanship. Jerry and Marge Go Large makes a case for community efforts and how little it takes to bring back small town America. Good people can thrive with only a little help.

But this wonderfully told, at times even saccharine sweet tale deals with a man who can’t find himself in retirement, so he retreats into numbers. Through that, he rediscovers Marge (Annette Benning) and spends 12 hours a day printing lotto tickets with her; for both, it’s the best decision they ever made.

Just watching their glee, their ridiculous cheers, and their (re)growing connection is pure cinematic joy. Simple, predictable, but effusively charming. If Jerry and Marge Go Large makes a miscalculation, it’s the conflict. Based on a true story, the script spins an exaggerated screen villain in Tyler (Uly Schlesinger) whose forced mind games and territorial hate comes across as dishonest when competing against Jerry and Marge’s own chemistry. It’s a needed role, just written as a stock antagonist with no nuance.

That fault aside, the screen so rarely gives attention to seniors – and less so, senior couples – that when it happens and it’s this fun, there’s a reason to sit through their journey. Jerry and Marge Go Large keeps the pace moving, never slowing down, and the mathematical basics don’t overwhelm even the most novice number crunchers. It’s a great script and an even better story, as told by two invested leading stars. 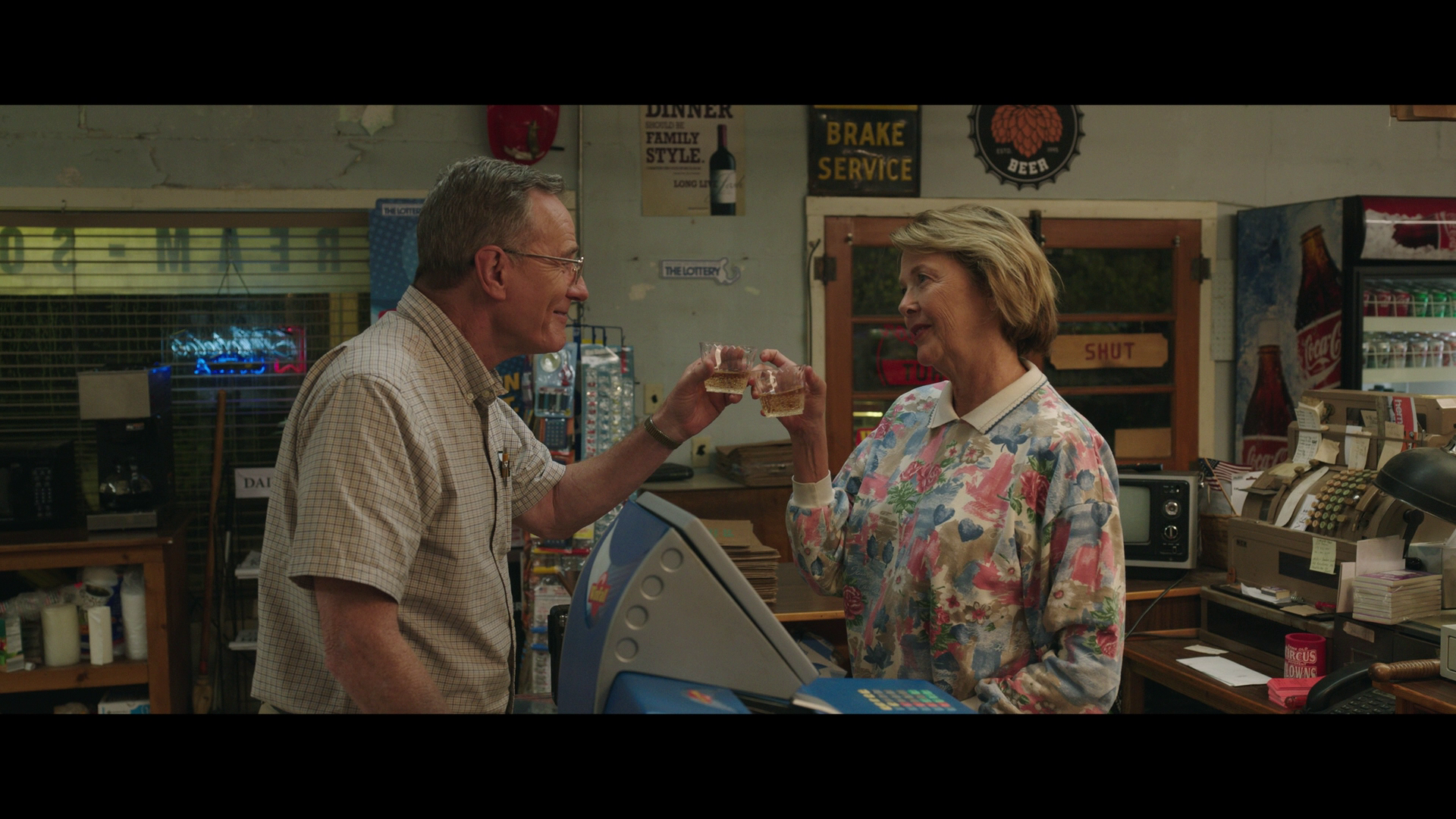 Debuting on Paramount+, Jerry and Marge Go Large only receives a Blu-ray release on disc, obviously foregoing any HDR. Still, there’s an appreciable dimension brought on by the solid black levels and hefty contrast. Both stay consistent.

There’s a pleasing density to the color too. It’s nothing spectacular. Still, there’s a satisfying saturation at play, giving flesh tones enough pop and the small town city sights some energy.

In DTS-HD, the simple 5.1 mix elevates the town’s surroundings. Cars pass accurately through the soundstage, surrounding characters as they walk by. A small score drives a bit more energy into the track, catching a little slice of low-end as it goes. At least there’s range, albeit only slightly.

Jerry and Marge Go Large pours on endless charms and thrives, but tries too hard to build conflict.