Movies about movies are not abnormal. Movies about the creative person’s mindset are unusual though. 5-25-77 smartly focuses there.

It’s hard to pin down another film that so readily captures the frantic, ADD-riddled mind of the young filmmaker. Autobiographical, Patrick Read Johnson spent well over a decade trying to piece this project together and even still, the look is that of something stitched up, at times incomplete, and that’s why it’s effective. Johnson portrays himself as an inattentive dreamer, juggling menial backyard film projects while his brain wanders through surreal, erratic, and wholly artificial scenes drawn from his movie-going.

There’s a deep geek persecution complex to 5-25-77. Patrick (John Francis Daley) is bullied, mocked, and laughed at for his obsession. His interest in Star Wars isn’t shared by anyone else. The contemporary ‘70s setting does help though. Geekdom is now marketed and sold to mass audiences; pre-Star Wars, things were different. Kids like Patrick were outcasts. Society changed, even if 5-25-77 might give those similarly isolated kids/teens the wrong impression.

Sentimentality runs high. Johnson wants his childhood experience on film, and that includes coming-of-age drama steeped in the era’s sci-fi. It’s hard to ignore that 5-25-77 relies on pop culture phenomena to work, overcoming uneven performances, frustrating pacing, and needless length. This, on top of awful digital compositing even when not in dream sequences doesn’t help 5-25-77’s cause.

Yet there’s a truth and honesty to Johnson’s effort. When asked why he makes and loves movies, his response is theaters make him feel like he belongs, no one is judged once the lights go out, and that speaks to more than just geek life. It’s heartfelt, and him viewing Star Wars as the potential thing to bring people together isn’t corny, but an authentic reflection of the anxiety he feels (and felt at that time). That counts for a lot, even if the finished product often comes across with the warts of a common 8mm student film. 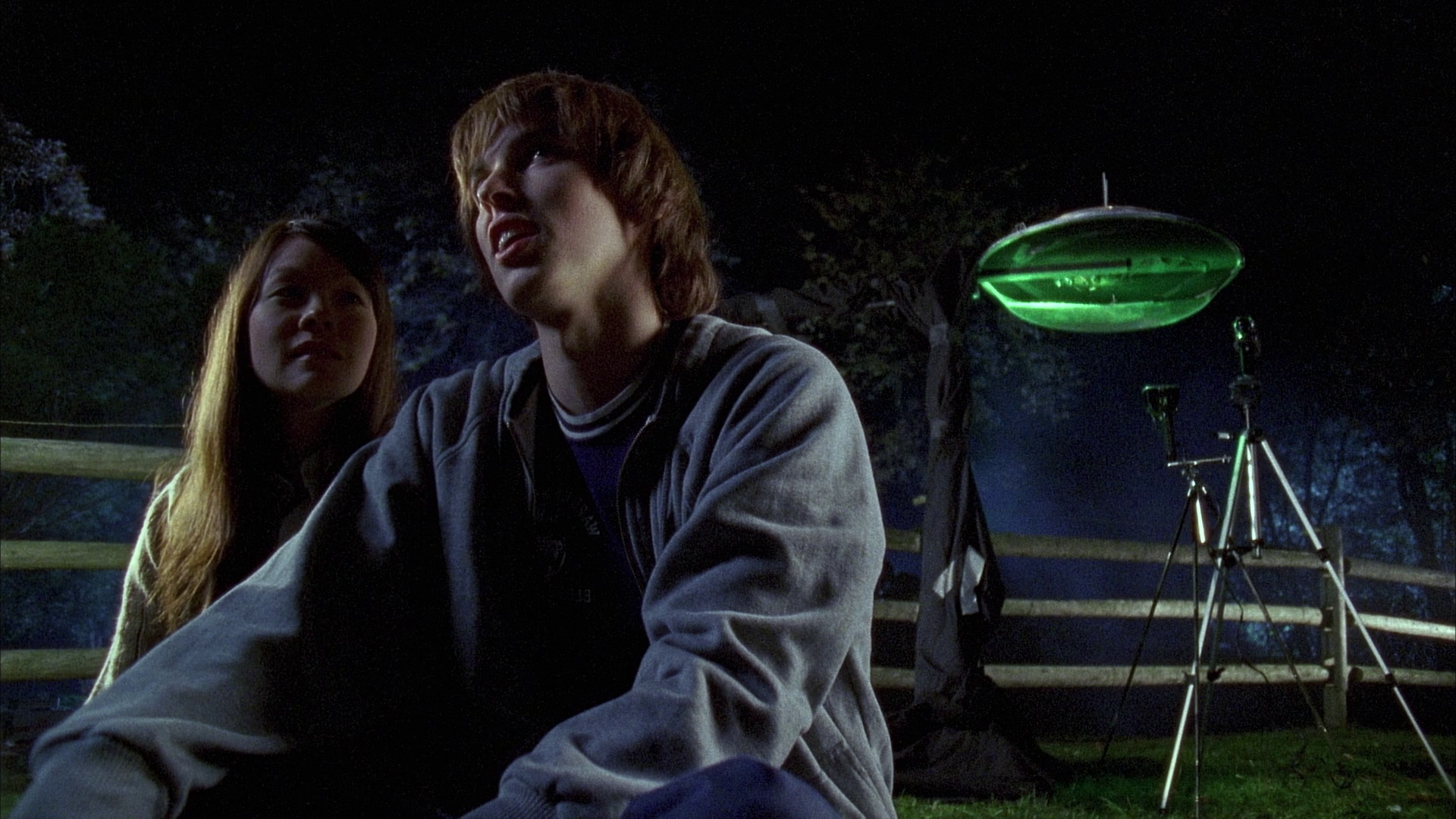 With a production dating back to the mid-2000s, the mixed-media used to capture these images changes on a whim. From digital to 8mm, the disc has its challenges. Thankfully, it meets a majority of them. Any grain, real or otherwise, is held together by this encode – mostly.

The grittiest scenes do show artifacts, but it’s generally stable. This lets baseline details through including facial texture where possible. Hazier, nostalgic cinematography can take visual bite in typical terms, but it’s pleasing overall in the effect.

A stereo track (PCM) joins a fun DTS-HD 5.1 track that for the budget, is better than expected. There’s spacing aplenty, whether from ambient music or other sources. The stereo split is a wide one, but rears activate frequently too. School halls bounce audio around, and faux movie scenes feature effects moving about.