Park Hoon-jung’s The Witch 2: The Other One is a brutally delirious action thriller from Korea filled with hyperkinetic violence, an outlandishly gory sequel about yet another overpowered teenage girl in danger. Following the intense action seen in his popular cult gem The Witch: Subversion, this slick sequel mostly hits the right notes as its characters move beyond the lab and into the real world.

Park Hoon-jung crafts his slick sci-fi actioner around explosive battles and simple emotional bonds. It’s X-Men meets anime meets insane Hong Kong choreography on steroids. The jaw-dropping final act has some of the craziest superpowered violence you’ll find anywhere. The CGI fights seen in Disney’s MCU feel like nothing more than sanitized kiddie fare by comparison. Absolutely spectacular in that regard, The Witch 2: The Other One pushes the boundaries of stylized action.

The Witch 2: The Other One is a brutally delirious action thriller from Korea filled with hyperkinetic violence

Designed as the middle film in presumably what will be a trilogy, The Witch 2: The Other One is best viewed after watching the 2018 hit The Witch: Subversion. Revealing more secrets of the mysterious Witch program, the gory pic neatly expands on the mythology while introducing important new characters; you will be a little lost if you missed the first film.

A mysterious girl gifted with immense power survives a bloody raid by a team of deadly assassins. She is the product of the Witch program, a being with incredible abilities such as telekinesis and super-speed. Almost god-like in power, she’s beyond your standard super-soldier paradigm. Making her acting debut, Shin Shi Ah plays the battered youth with hidden talents lurking beneath the surface. Filling much the same role Kim Da-mi had in the first movie, the entire plot revolves around Shin Shi Ah’s character on the run.

Escaping into the wilderness, the girl is befriended by Kyung-hee (Park Eun-bin) and her brother. Both are entangled with a local crime lord. The complicated plot sees Kyung-hee and the girl caught up in feuds on multiple fronts while a team of highly-trained specialists from Hong Kong continue to track down the powerful escapee. Raised by herself in a lab, there’s enough down time involved for the isolated girl to form close bonds with Kyung-hee and her brother while on the run.

The unapologetic genre film’s unwieldy narrative is probably more miss than hit but takes little away from the awesome action and slick visuals. Director Park Hoon-jung can’t pull off the same kind of satisfying surprises he did in The Witch: Subversion but this sequel delivers when it counts. The thriller perfectly leans into the Witch’s world-building while ending on a natural stopping point, excitedly setting up the next film in the franchise. 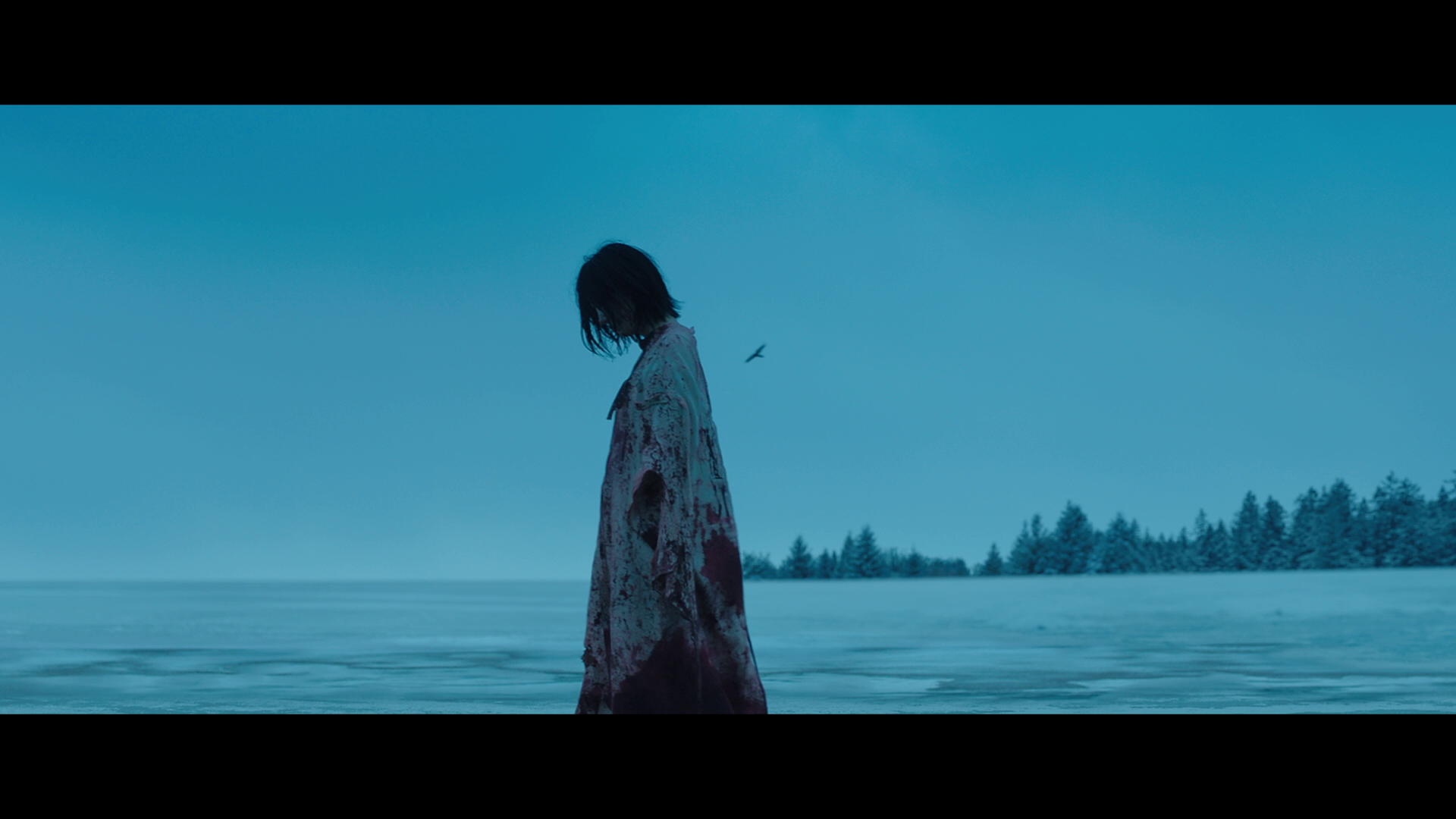 The 2.40:1 presentation exudes sharp definition and a glossy sheen, though the stylized color grading lands all over the place. There’s no uniform palette as Park Hoon-jung and his cinematographer go with a pick-and-choose color scheme depending on mood and scene. Revealing close-ups are loaded with unfiltered detail. Filmed on digital, primary colors are under-saturated and there’s a tinge of teal-green to everything going on.

The main feature runs a lengthy 137 minutes on a BD-50, encoded in AVC. It’s an adequate encode marred by occasional banding. Darker scenes requiring deep shadow delineation have a bit of crushing and grittier noise. Well GO USA isn’t known for their technical acumen on Blu-ray transfers but this disc transparently reflects the source material, warts and all.

Original Korean audio and a new English dub are heard in bone-crunching 5.1 DTS-HD MA. These are fairly impressive surround mixes, heavy on discrete activity and major LFE thump. The expansive soundstages are littered with loud explosions and crisp directionality.

There’s a touch of Engrish dialogue in the Korean audio, mostly from a pair of assassins tracking the Witch down. Dynamics are big without overpowering dialogue, delivering clean fidelity and nice extension.

The native Korean soundtrack is recommended unless you have an aversion to reading subtitles. It’s a serviceable English dub but some dialogue appears to have been altered for whatever reason.

Optional English and SDH subtitles play in a white font, inside the scope presentation at all times. Secondary 2.0 Dolby Digital tracks for both Korean and English audio are included.

Well GO USA includes a smattering of special features for the film. The disc is nominally listed as Region A. A cardboard slipcover with slight embossing is available.

Behind the Scenes Featurette (04:17 in HD; Korean w/ English subtitles) – Shin Si Ah and Park Eun-bin among other cast members appear in breezy interviews discussing the project. Director Park Hoon-jung does not appear.

The Witch 2: The Other One

Explosive Korean action with an anime penchant for over-the-top violence, a satisfying sequel for a popular cult gem.