“It’s comedic brilliance mashing this entire family together, mixing generations as much as income brackets and with no way to escape one another. That rising tension spreads across Clark’s face the longer he sticks with it, the fake platitudes and sarcasm eventually not enough to shield himself from a changed reality. His breakdown is what everyone wanted at one time or another, hacking at trees, clubbing squirrels, and holding his boss hostage – indirectly, anyway. Christmas Vacation is that rare truthful American holiday movie… just slightly exaggerated.”

Wonderfully remastered in 4K for a Blu-ray release, this UHD still performs better. HDR boosts the contrast and makes Clark’s epic Christmas lights display almost blinding – as it should be. Snow keeps up brightness where possible. A slight haze in the cinematography doesn’t keep anything dimmed.

Christmas Vacation’s grain structure resolves perfectly. There’s nothing digital marring this filmic transfer. Texture only dims because of the source fogginess. When clear, facial texture comes into view. Exteriors of Warner’s lot capture the location at its purest.

Firm color produces plentiful primaries, more than the usual Christmas reds and blues (those look stellar too though). It’s a natural touch, all organic without any modern grading applied. 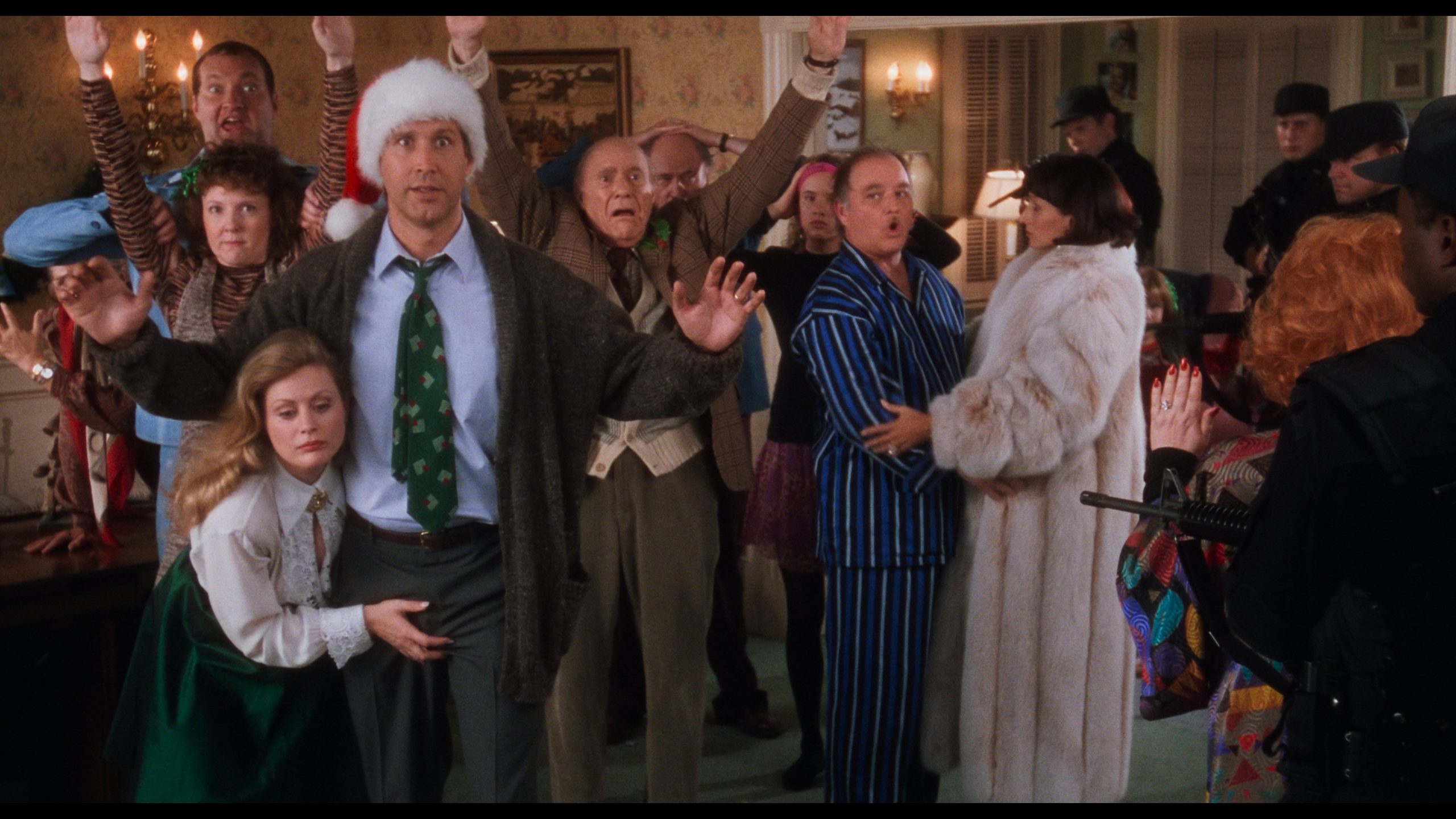 While not rich in fidelity, the undervalued score and theme song bring enough range in this 5.1 mix (original stereo is offered too). Pure dialog doesn’t indicate any aging, and remastering keeps the soundstage tight. A few stereo effects add energy (Clark passes side-to-side on the sled) where needed, but the rears typically stay silent.

The same cast commentary as before is still the only bonus.

Clark Griswold’s pursuit of the perfect holiday is a timeless series of mishaps in Christmas Vacation.