In the Army Now

So near post-WWII, From Here to Eternity undoubtedly showered audiences with a nostalgia for the rank & file of military service. The way egos collide, how the higher-ups act carelessly, and the bitter masculine rivalries that form on base collect the drama that arise when putting men together. And the drinking. The fighting, the women, and rebellion. From Here to Eternity encapsulates it all.

It’s not happy nostalgia. From Here to Eternity shares a bitterness, even resentment toward superiors who push and prod their latest recruits. Isolation causes these men to lash out at each other, violently, attacking one another more than a shared enemy as war looms. Levity is uncommon, and what seems like carefree bickering between troops quickly escalates. People are killed. “Boys will be boys” is treated as if the base’s mantra.

From Here to Eternity shares a bitterness, even resentment

These men are who they are. Frank Sinatra took home a Best Actor award for his portrayal of a reckless alcoholic, but Montgomery Clift’s Prewitt’s stand against violence is thoroughly engrossing. Prewitt blinded a man while boxing, but continues to believe in his duty and service. That emotional complexity and unusual self-control he exhibits makes him a hated man among his superiors looking to earn a superficial boxing title via Prewitt’s skills.

Burt Lancaster’s Warden chooses a different path, entering a heated affair with his captain’s wife (Deborah Kerr), wholly unapologetic and aggressive. Their romance stands for the loneliness endured during service, the housewife who never sees her husband and the men who give in to their urges. Warden and Prewitt balance From Here to Eternity.

Both stories end in catastrophe – the Pearl Harbor assault – but in their own ways. One is forced tragedy, the other inevitability. Either way, they capture a daring and earnest perspective on the US Army’s challenges, structures, and difficulties, filmed with an eye for intense thematic flair. Warden embracing his adultery on a wavy shoreline and Prewitt dwarfed by a demanding Corporal, their behaviors laced with rebellion. That clash of personalities puts everyone else in the middle, fighting for themselves in a broken system, then asked to defend their country as the Japanese make their assault. It’s brutal, unfortunate, and truthful. 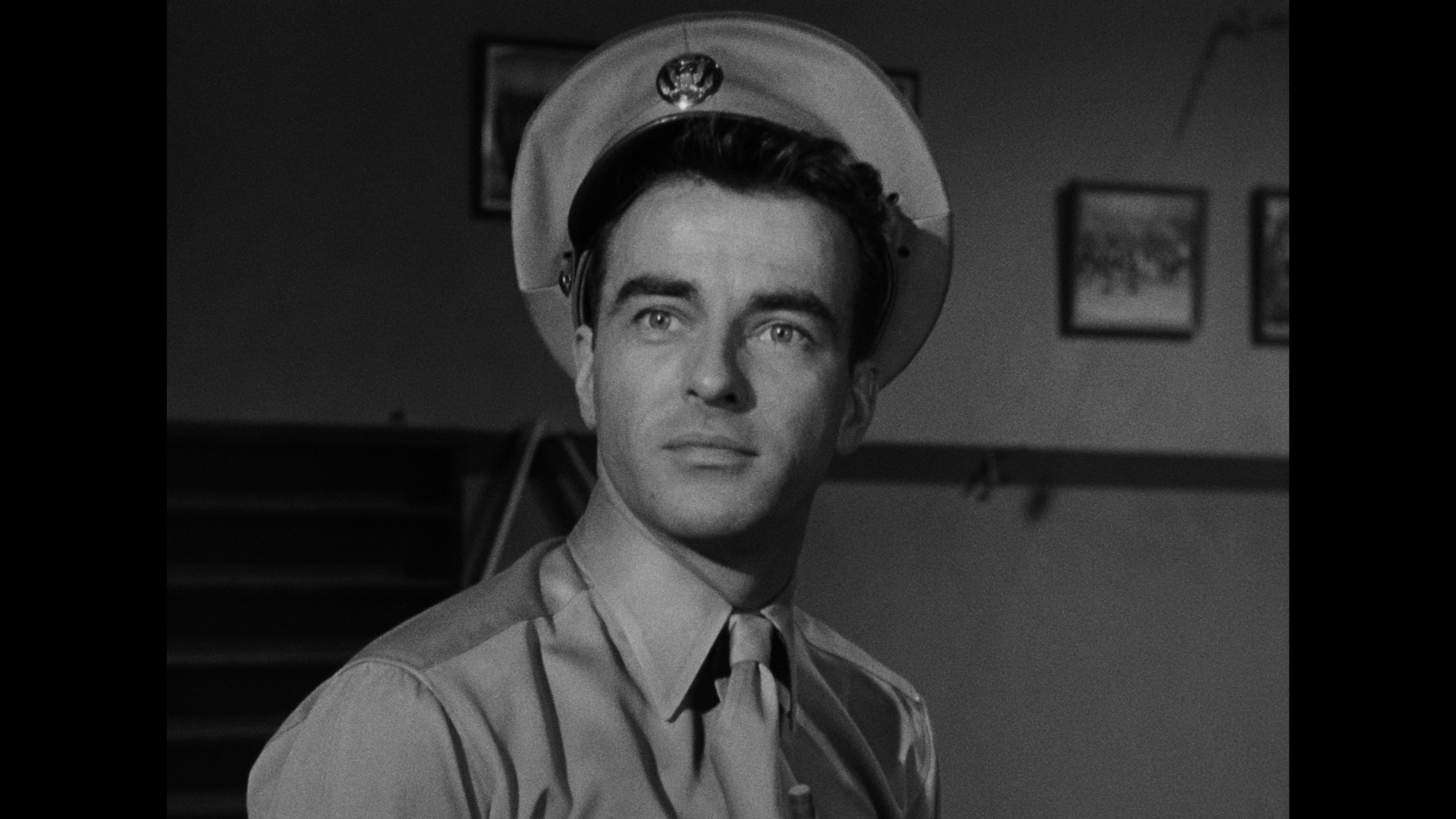 Beautifully mastered in 4K, From Here to Eternity looks splendid. A flawless print, Sony keeps the grain intact and manages it even better. The slightest indication of sharpening (so slight as to not produce halos or ringing) adds a minuscule edginess, but that’s reaching and nitpicking for anyone other than the hardest of hardcore videophiles.

A fresh Dolby Atmos mix joins DTS-HD 5.1 and original mono tracks. Regardless of choice, fidelity is spectacular, rendering the score perfectly. Dialog comes across slightly aged (naturally so), yet precise, clear, and faultless.

For a 1953 offering, the stellar Atmos remastering naturally extends the soundstage. On military bases, ambient planes fly around the rears and overheads. Rain splashes into each speaker. That extension sounds as if it were always there. In aural terms, Sony is among the best at bringing their classics into the modern era and From Here to Eternity ranks highly.

The attack on Pear Harbor is an unexpected aural highlight, with thick bass and precise tracking as planes go by. They pan overhead, bullets stream through the fronts and rears, while explosions rumble. It’s reference, and this movie is from 1953.

Oddly, Sony keeps a commentary track from Tim Zinnemann and Alvin Sargent off the UHD, and puts it on the Blu-ray only. The 4K disc itself holds a TV pilot (90-minutes worth), a solid 20-minute making of, and retrospective featurettes running 45-minutes total. The Blu-ray additionally offers a picture-in-picture track and snippet from Fred Zinnemann: As I See It.

From Here to Eternity

A nostalgic look at pre-WWII army corps, From Here to Eternity reels in the drama and steers toward inevitable tragedy.