Or, Lots of Superfighters

Most Shaw Brothers kung fu films tell the same story. A young hero looks to upset unfair political balance or prevent an invading force from gaining territory. In doing so, the hero betters themselves and delivers a message about patience, hard work, and perseverance. Five Superfighters isn’t quite the same. It’s almost distressingly imbalanced.

Three students ditch their teacher, taking up residence with other masters to study different arts. Unique, clever in premise, but Five Superfighters treats these students as utterly interchangeable. Their lessons employ odd techniques, and their individual adventures stand out more than any personalities.

Their goal? Taking down a master who beats up anyone with lesser kung fu talent. That’s admirable, and all of this fighting – impressive fighting too – leads to the expected final brawl… where the kids learned absolutely nothing. It’s a three-on-one assault they can’t even win in those circumstances. After six months under tutelage, this trio fails.

Five Superfighters does have its action going for it though. Choreography is often spectacular, and a few moments show a creative spark, including first-person, over-the-shoulder views during a clash. That cinematography style is utilized sparingly though, the rest rudimentary and relying on this b-stock of Shaw’s performers. Five Superfighters can’t shake a lower budget aesthetic, staged on dull, tiny studio sets or empty forests, without a superstar actor among the cast.

It’s fine, overall. Entering a Shaw Brothers feature, the martial arts are the certain highlight, and that’s true for Five Superfighters no matter who’s acting out the choreography. The grandeur is missing though, and the project feels stock when backed up against the studio’s defining classics. Five Superfighters falls into the genre’s hodgepodge effect, indistinguishable in that mix. 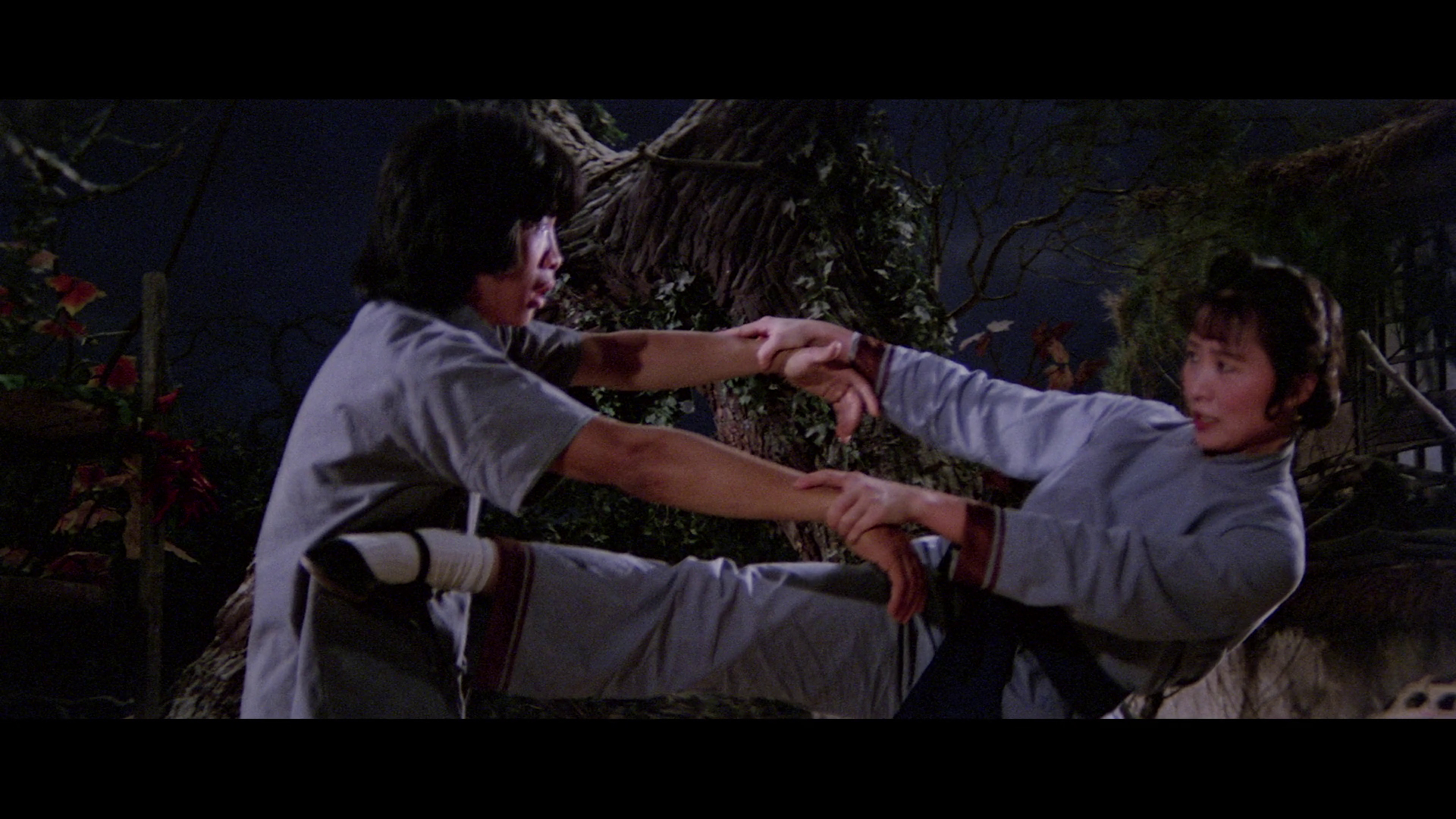 Sadly, this is a double feature disc, paired with Mad Monkey Kung Fu, and compression dilutes this imagery. Grain too often falls to noise, reducing fidelity. It’s not a mess, and at times barely significant, but diminishes an otherwise superb film scan. There’s still texture aplenty.

Luckily, color looks splendid and rich. Reds especially look vibrant. This goes for the contrast and black levels too, both solid, bold, and impressive. In those terms, Five Superfighters doesn’t look its age at all. Take out the compression flubs, and this is sensational.

Triple language options include Cantonese, Mandarin, and the English dub, all in DTS-HD. Sticking with the Cantonese track, the decidedly ’70s era score stays in a middle range. Dialog and sound effects roughen slightly due to age, still audible, just not with the crispness from other restorations of this vintage.

Sharing a disc with Mad Monkey Kung Fu, the only Five Superfighters bonuses are trailers and an image gallery