To the North Pole

“The Rankin-Bass team truly made another all-time Christmas classic with Frosty The Snowman. Romeo Muller also wrote the Rudolph special and works his magic once again within the constraints of television aimed at school children. He crafts a moving story with a couple of unforgettably touching moments. Composer Maury Laws provides an integral part of the cartoon’s music. The soundtrack is filled with a delightfully joyous tone, perfect for Christmas.:

You can read Chris’ review of Universal’s previous Frosty the Snowman Blu-ray for more.

There’s little detail gain in the source animation compared to the Blu-ray. The ink/paint lines were already defined in HD, and that doesn’t change here. Mastering keeps every sketch mark intact. Grain is likewise handled gorgeously, and left untouched by the mastering. Painted textures in the backdrops hold enough resolution to show every stroke from a brush or pencil.

HDR is straightforward, most notable for color. Improvements to density and richness make a difference. Frosty the Snowman hasn’t lost any of its brightness, or this mastering restored the luster. Black lines look black, while snow looks rich and hearty. 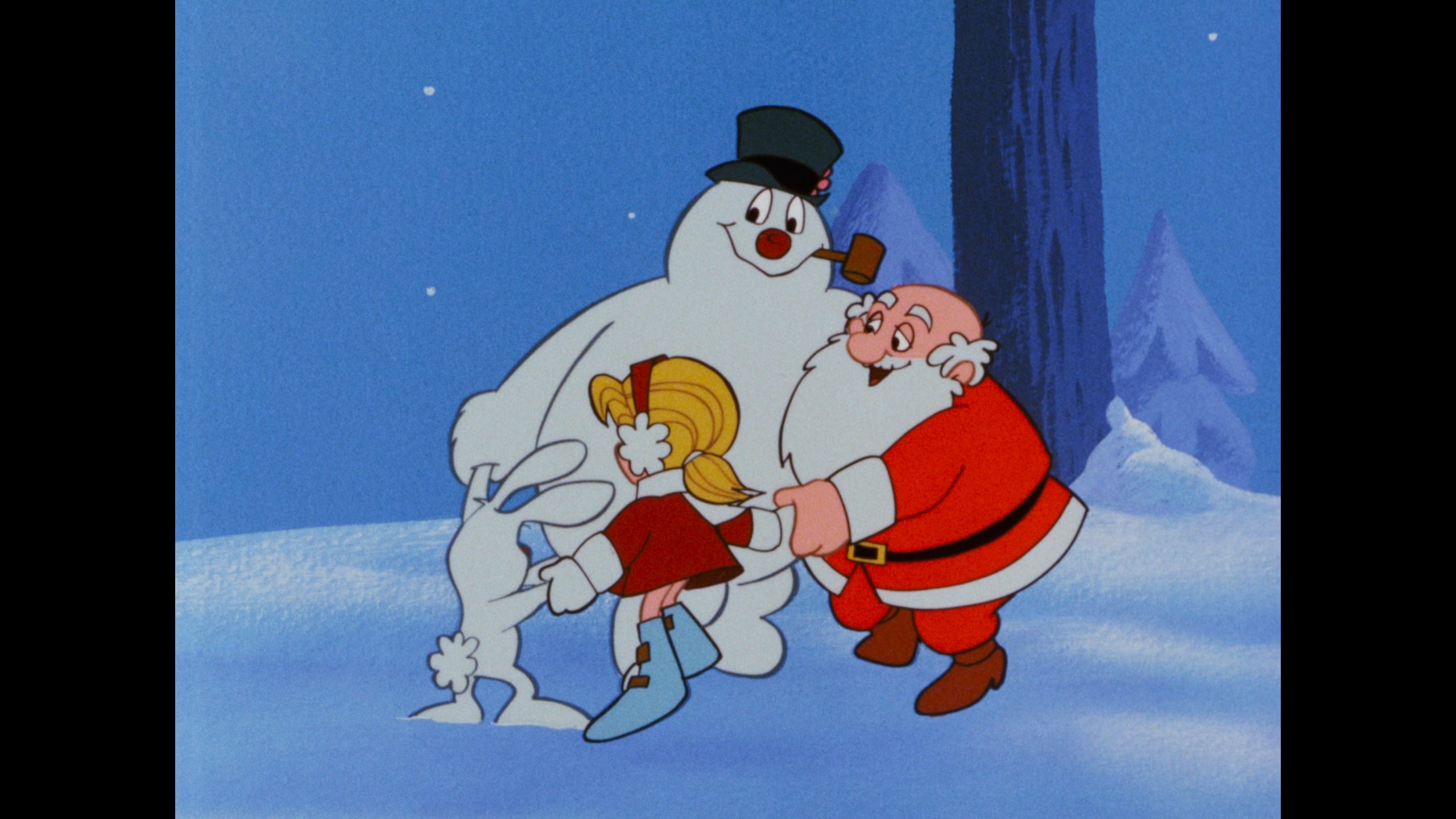 For uncompressed audio, a DTS-HD 5.1 track is the only option. The original mono comes in compressed DTS. Thankfully, the upmix only uses the stereos, and even then, only for music. Overall, fidelity sounds better than expected considering the TV origins. Music hits every peak smoothly, no distortion noted. Dialog sounds modern since it’s so clear.

Bonuses carry over from the Blu-ray, and appear on the UHD too. Given Frosty the Snowman is only 24-minutes or so, space isn’t a concern.

The Animagic World of Rankin/Bass (47:00 in HD) – This fantastic documentary on the beloved animation company is absolutely worth the price of buying Frosty The Snowman. Everyone from animation expert Jerry Beck, to director Jon Favreau, and many other active Hollywood filmmakers involved with animation, discuss the impact and legacy of Rankin-Bass. They cover writer Romeo Muller, Maury Laws, and other people behind the scenes that helped produce their wonderful holiday specials. It’s a fascinating snapshot and overview of the company’s lasting legacy. On a side note, well-known Rankin-Bass historian Rick Goldschmidt was left out of this documentary for whatever reason by the producers. It’s a shame he wasn’t included.

Original Pencil Test (01:04 in HD) – An original, audio-less clip which has the raw, rough drawing made for Jimmy Durante’s character in Frosty. It has limited movement and was meant as a prototype for the animators.

A classic tale about caring for others first, Frosty the Snowman is a charmer to this day.