Piranha is obviously a Jaws knock-off, at least in the latter half as a bone-headed resort owner (Dick Miller) ignores the warnings, leading to a gloriously bloody finale. Before that however, Piranha has another master, that of the ‘50s sci-fi era, with radical science, a laboratory, and stop motion monsters. Piranha is a transitional film too, as both radiation and then new genetic manipulation to blame for the fish disaster.

While led by a city girl and the country guy needing to work together, the plot coasts on post-Vietnam anxieties. The piranha themselves were designed to wipe out ecosystems during the fight, but continued to breed in captivity. Dr. Hoak (Kevin McCarthy) wavers in and out of sanity, disturbed yet proud in his success, doing the job he was told to do. It’s perversely patriotic, elevating this routine, nominal killer fish movie into something memorable.

It’s nearly impossible to see the toothy critters. They shake and tear at flesh underwater, the glut of sand, debris, and blood making them invisible. Piranha sells fear more on an idea, also like Jaws, drawing terror from the unseen – or the mostly unseen, anyway. Any scene on water holds the potential to turn gruesome, helping to numb downtime because Piranha likes to erupt almost at random. If a toe is in the water, so is a fish… maybe.

Director Joe Dante has fun with this project, sharing his love of classic creature features, and even including ambient clips from Monster that Challenged the World or others to play up the hokey genre film angle. Piranha is imbued with all their charms, and a contemporary nature attacks label to form a winning combo. 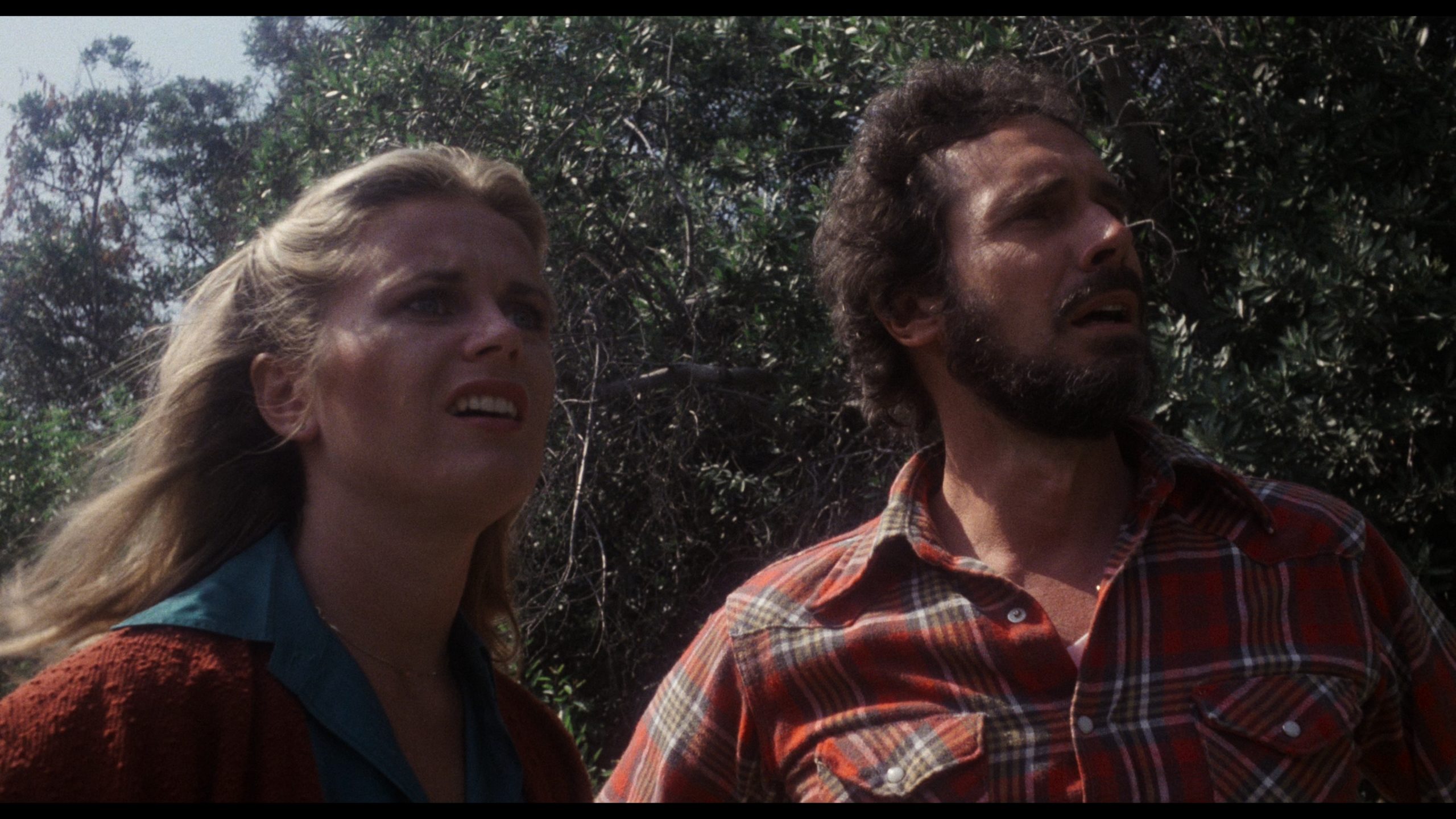 Piranha’s film stock isn’t among the greatest, immediately looking cheaper, cruddier, and grittier than most. Grain sustains a thick, hearty presence throughout, and the encode handles 80% of it well. Chroma artifacts create blocking issues on certain brighter colored areas (and this master bumps the saturation mightily). Complex wide shots struggle too in the same way. Generally, the image keeps a constant stability.

Newly scanned at 4K, detail and texture impress when not blotted out by the encode’s battles. Sharpness keeps a steady level, defining the scenery and facial definition in close. Source limitations make the upgrade over the Blu-ray menial in this regard however.

Roughened DTS-HD mono sounds every bit Piranha’s budget, dialog coarse and the score murky. It’s vintage, clearly, and on the lower side of quality. Nothing is lost, dropped, or cracking. Thankfully, the condition keeps itself pure.

On the UHD, Roger Corman chats during a commentary. The second track joins director Joe Dante with his producer Jon Davison. Those commentaries also appear on the Blu-ray with the other bonuses. Dante and Davison continue chatting over some great footage taken behind-the-scenes that lasts 9:35. A making-of is also worth watching, a nearly 20-minute look at the film’s genesis and production.

Bloopers run 6:48, followed by a 12-minute collection of scenes added for the TV release to replace the excessive gore and nudity. A photo gallery credited to Phil Tippett is full of stuff, including storyboards. Trailers and other promo material round out the extras.

Piranha is crude, fun b-level exploitation with a wicked conspiratorial streak to boot.