Mad Monkey Kung Fu deals in murder, extortion, mob rule, and otherwise general violence. And still it’s a screwball comedy, having a blast with its nonsense premise, bloodshed or not.

Chen (Chia-Liang Liu) is Monkey’s master, his hands left crippled by a local mobster and unable to strike as he once did. Their relationship is that of the usual genre mold, a tough, unforgiving teacher to his student, training day and night up on a mountaintop. Yet, the duo also have fun, goofing around to delight kids with a sideshow monkey act and candy. They’re a joy to watch.

Because the pair have the leniency to goof off, Mad Monkey Kung Fu stands out in Shaw Brothers’ seemingly limitless entries. It’s cleverly scripted as to let Monkey act foolish, but not to an extent where he loses his want to fight. The brawls themselves utilize endless devices, from weapons to clothing and set debris. Monkey himself frantically jumps around, throwing what look like reckless punches until they convincingly hit their target.

It’s sensational to watch, and although the same plot structure as numerous other kung fu epics (villain rule, hero/es rebel and train, hero/es win), the execution is a delight to watch. The effusive creativity in the choreography ranks among Shaw’s best for pure hand-to-hand battles as the pace and unpredictability display a spark. Mad Monkey Kung Fu doesn’t settle.

A streetside fight offers a special view as children clap along in the background, or their jaws drop when watching Monkey flip around. That’s the next generation having the core tenets of necessary rebellion being drilled into their heads, ensuring they won’t let a smug extortionist rule their lives. Monkey isn’t only entertaining, he’s inspiring too. That’s a hero worth following. 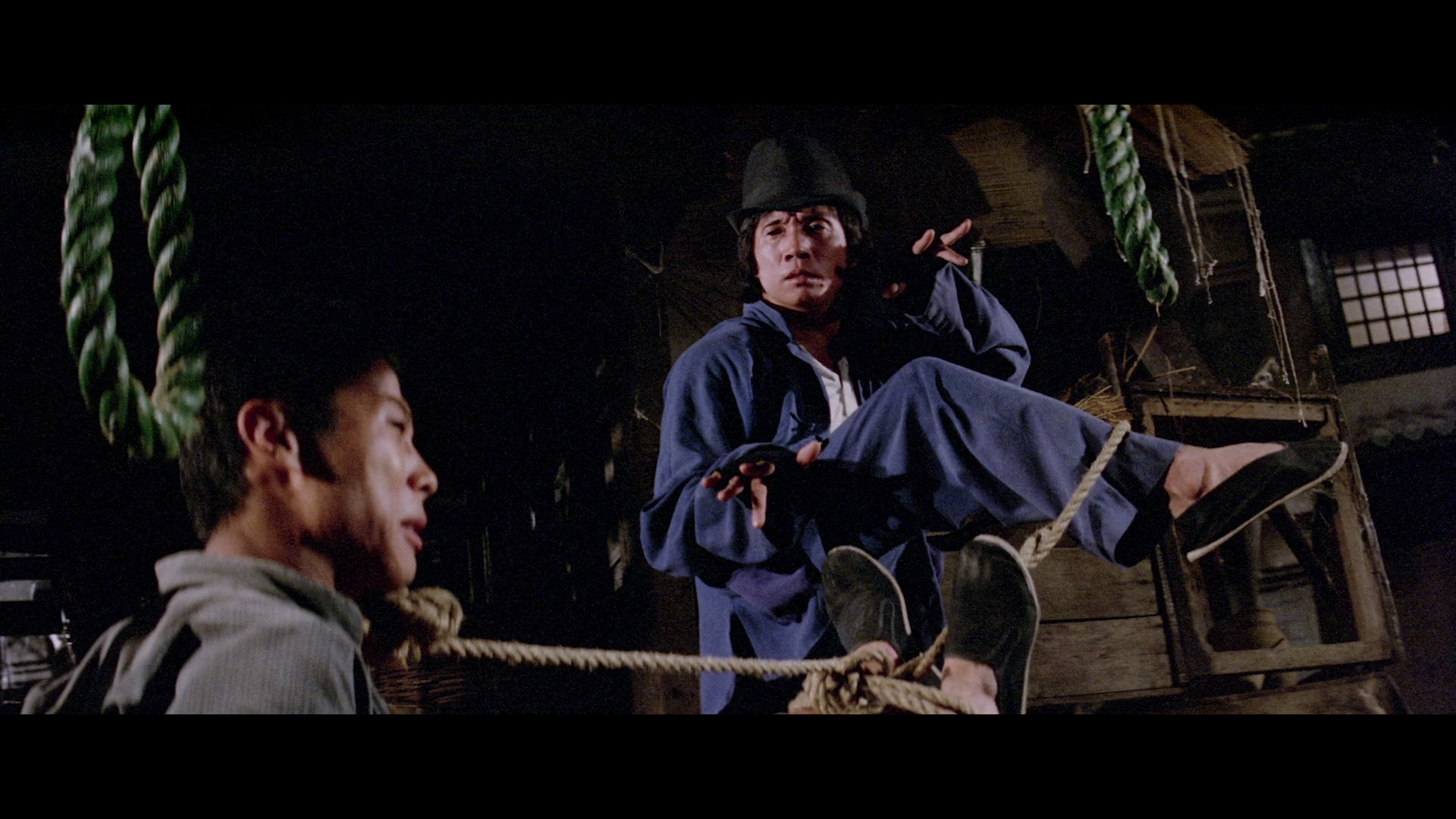 Beautiful restoration work gives Mad Monkey Kung Fu a clean appearance. Scratches, dust, and debris are all removed from the print. Grain stays, with slight misgivings. Whether an after effect from encoding or noise reduction, grain tends to stick around characters as they move. The more complex the shot, the more noticeable this becomes. Overall, the look is noisier than usual for this set, possibly the result of this being a double feature disc.

Audio options come in a trio, beginning with Cantonese, then Mandarin, followed by an English dub. Par for the Shawscope sets (and Shaw Brothers), dialog reproduction provides a smooth base to work from. The score works in a few clean bass lines and average treble.

Frank Djeng and Michael Worth discuss the film via a commentary. Tony Rayns adds his thoughts in a 20-minute appreciation. Hsiao Hou is interviewed for 40-minutes, a clip from 2004. Authors of “These Fists Break Bricks,” Grady Hendrix and Chris Poggiali, discuss Shaw’s influence on the US in a new piece that lasts 32-minutes. Trailers and images come last.