Behold the Walls of Jericho

The Great American Road Trip is a true test of a relationship. For It Happened One Night, it defines an entire life ahead.

A bus stuck in mud, stalled by rain. A stolen suitcase, an empty pocketbook. Sleeping in outdoor straw, and chewing raw carrots. For Ellie Andrews (Claudette Colbert), it’s the most enchanting chaos she’s ever experienced, with every step on her way to New York plagued by travel disasters.

You can find better date movies, more recent ones maybe. Yet they all owe It Happened One Night

Ellie wakes up one morning, still early in It Happened One Night, with her first smile. After traveling miles with newspaperman Peter Warne (Clarke Gable), she finally understands his charms, mere days after meeting him. He’s bull-headed, stern, irritable… and everything else an awkward boy will be to a girl he likes.

It Happened One Night is charmingly heated, but also smart, playful, and childish. Peter and Ellie argue over the stupidest thing to conceal their feelings, from piggyback rides to breakfast preparation. There’s never a doubt these two, despite their economic separation, are meant for each other. Everyone else sees it; they’re a married couple to anyone who asks, and no one questions it afterward.

It’s pure Hollywood, of course. Every romantic comedy is. Flirtatious and hilarious, it takes only this one road trip for the pair to declare they love each other. It Happened One Night makes this plausible though, and does so by setting the formula for every talkie genre film to follow. All of them. Every. Single. One.

This is formula because it works, from the argumentative banter that makes the pair akin to a married couple from the outset to the finale that sees one of them run toward the other. Peter refers to her as a, “brat” and he’s not necessarily wrong, a rich girl who never lived a day without a few hundred dollars. In shattering her worldview, Ellie sees Peter as the chaotic normalcy she never had. For the guys, it’s a rapidly paced fantasy about finding the millionaire to marry, but one also infinitely delightful in her wit. You can find better date movies, more recent ones maybe. Yet they all owe It Happened One Night. Director Frank Capra found that timeless idealism. He always did. 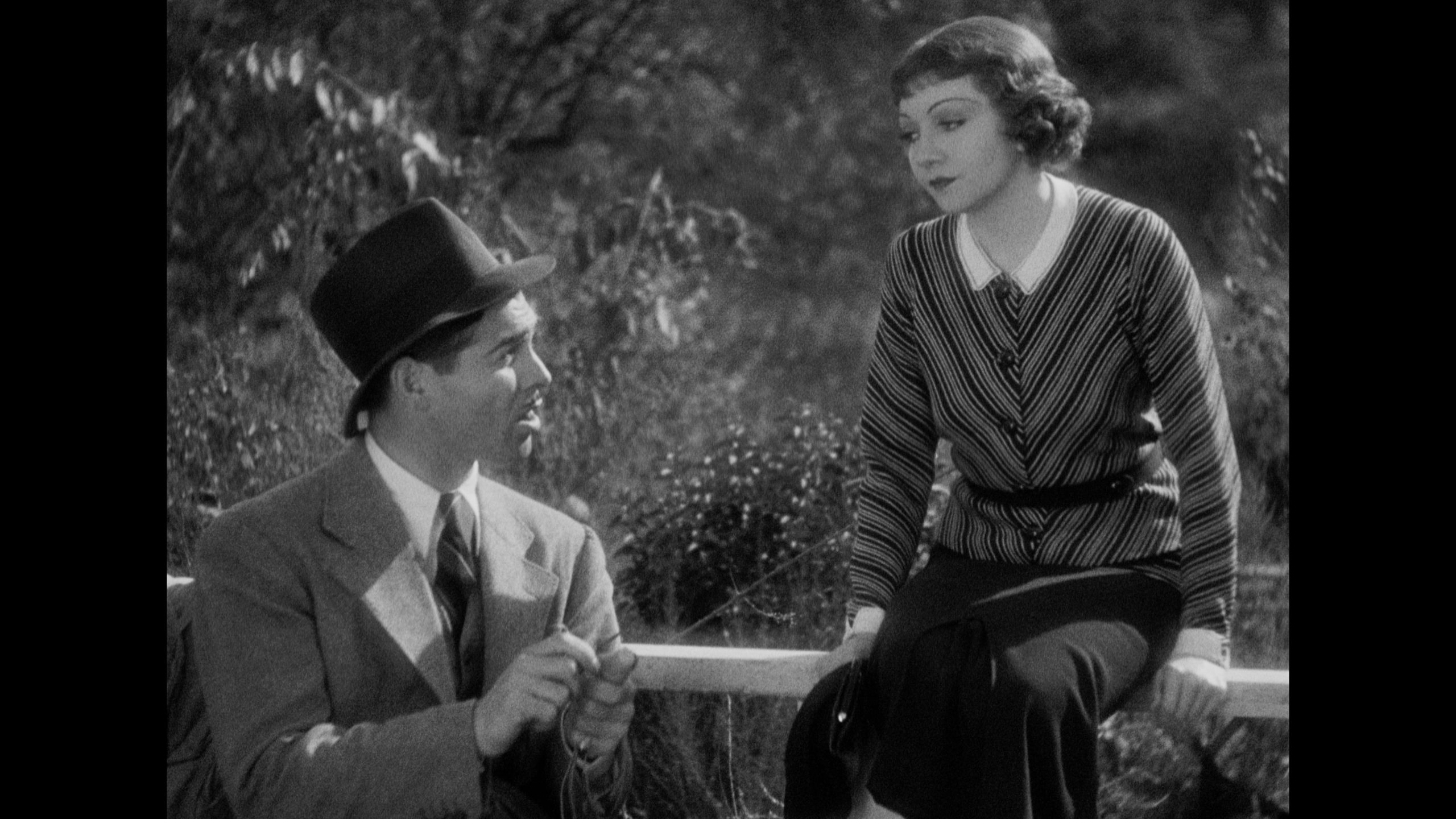 Chronologically the first movie in the Columbia Classics Volume 3 box set, Sony issues a beautiful scan for this rom com. In Dolby Vision, the steamy cinematography glows. Contrast strikes from behind the vintage haze with full power, bright, sharp, and intense. Full, rich gray scale resolves all tones down to pure black. Density and depth both look spectacular.

The original film stock can waver in clarity by way of chemical dissolves, and a few are especially harsh. That aside, the high-grain imagery sings in 4K. Encoding uses its space well, keeping the sharpness high and where possible, fidelity firm. The steamy source can only dilute so much. Clothing, hair, and sets all look superb. It’s a typically spotless print too, as restoration removes specks and marks.

Given its place early in the sound era, there’s surprising clarity to the dialog and music. Hiss and static free, the natural, airy echo from the sets is preserved well. Even the score, while naturally lacking in range, sounds sublime. DTS-HD mono is more than enough to handle It Happened One Night.

On the UHD, a restored version of the Jack Lemmon-starring 1956 remake, You Can’t Run Away From It. Note this is only HD. The Blu-ray contains the rest, with a Frank Capra Jr. commentary track, a Capra Jr. restrospective on the film, a featurette, radio broadcast, and trailer.

It Happened One Night