Rookie director Masashi Ando’s The Deer King is an attempt at epic fantasy in the tradition of Studio Ghibli. An animation director who previously worked on such luminary fare as Your Name, Spirited Away, and the beloved Princess Mononoke, he steers his first movie in a more adult direction despite a few familiar and well-placed anime tropes. Earning its R-rating with unflinching violence and swift fantasy action, the directorial debut works best when its animation soars but eventually falters thanks to cumbersome storytelling.

Claiming inspiration from such Hollywood works as Dances With Wolves, the anime film revolves around an escaped prisoner of war who looks out for a young orphan girl in a war-torn kingdom ravaged by a mysterious plague. Despite being based on a weighty novel by Nahoko Uehashi, The Deer King has obvious Western influences in its approach.

Van is a former soldier, a once-proud warrior captured by the ruling empire. He frees himself from their chains after an attack by wild dogs carrying a deadly disease called Black Wolf Fever. The quietly honorable Van somehow survives the incurable malady, rescuing a young orphan girl named Yuna in the process. They set out for the countryside hoping for a peaceful life when the kingdom’s foremost doctor, a penetrating scientist named Hohsalle, sends forces out looking for the pair. Hohsalle believes Van and Yuna may hold the cure to Black Wolf Fever in their blood.

Having worked on Princess Mononoke, Ando heavily emulates the style and feel of the esteemed Studio Ghibli classic without the same level of mesmerizing beauty and strong direction. The Deer King’s screenplay is its weakest aspect, deeply complicating things with unnecessary sub-plots and useless minor characters. The Deer King has nothing on Game of Thrones in that regard, poorly managing a large cast surrounding the featured characters.

The movie works best when the focus is Van and Yuna. There are long stretches when the focus shifts away from them. You may even get lost within the deep story, which features shallow political machinations and other unrealized ideas. Characters will come almost out of nowhere, leading to confusion.

The Deer King is a stylish anime mess with good ideas and poor execution. Which should work for most anime fans but may not help casual audiences looking for straightforward thrills and adventure. Forget the Studio Ghibli comparisons, Ando’s first feature as a director just can’t stand up to those unfair expectations.

What it does boast is excellent world-building with engaging characters in fluidly animated splendor. Especially animals, who move like the real thing in unbridled naturalism. The R-rating is a tad misleading as thematically the story often leans into heroic and even wholesome material. There’s a genuine bond between the rugged Van and the adorable Yuna which is palpable. Let’s give The Deer King a cautious but generally positive recommendation. 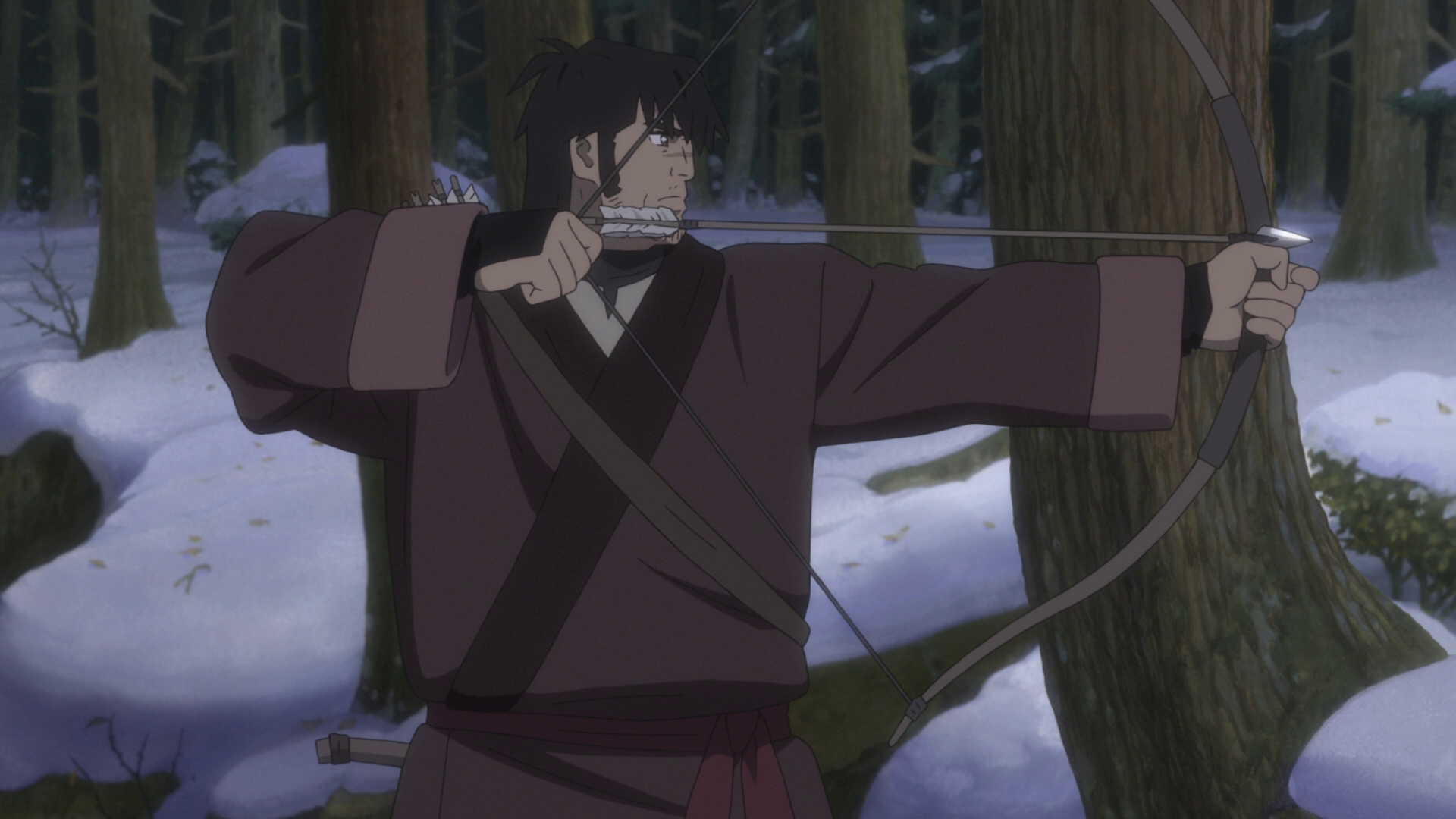 The 1.78:1 presentation is handled with care and thoughtful attention by GKIDS, a clean transfer of crisp animation. Primary colors are decently saturated with inky black levels. The Deer King was beset by delays thanks to COVID and one has to wonder if Ando is completely happy with how the animation in his first film turned out. Brimming with fantasy potential, a few bursts of creativity notwithstanding, The Deer King has fairly ordinary picture quality for new anime.

While pretty and largely in line with other theatrical anime efforts, this is not the lush and intricate art found in Studio Ghibli productions. The budget is definitely not the same. Ando oversaw most character designs and it’s a curious mix of obvious influences and odd choices.

There are a few gorgeous action moments highlighted by flowing lines and moody colors. Follow the haunting scenes as Van chases down the wolves who’ve abducted Yuna. The key frames are mostly detailed. Certain scenes however lack the fluidity and smooth linework of better theatrical animation. Production I.G. handles duties as the animation house responsible.

The main feature runs 114 minutes in AVC on a BD-50 at generous parameters. No obvious artifacts mar the pristine video and GKIDS hasn’t applied any unnecessary processing.

An excellent English dub and the original Japanese audio both arrive in equally strong 5.1 DTS-HD MA. The gritty story is backed with a bevy of bone-crunching sound effects, punctuating the violence. The discrete surround mixes offer a strong presence in terms of soundstage depth and separation.

Dialogue reproduction is immaculate, nicely balanced in the spacious dynamics. A soaring, if mildly forgettable, musical score underpins the action and drama. The smooth fidelity and effortless clarity make for pleasant listening. Bass is a touch light, not uncommon for anime.

Optional English SDH, English and Spanish subtitles all play in a white font. Both dubtitles and a proper English translation of the Japanese dialogue are included. The English dub deviates quite a bit in terms of word choice from the original Japanese language.

GKIDS includes excellent bonus features for The Deer King. Their Blu-ray/DVD combo pack arrives with a glossy slipcover per their custom. The Blu-ray is coded for Region A.

Bringing The English Dub To Life (13:57 in HD) – Ray Chase and other voice cast members from the English dub discuss their characters in this breezy and often expansive featurette.

The Deer King Trailers (05:13 in HD) – A series of five separate trailers for both Japanese and English-speaking markets.