In the 1950s, as UFO culture began to spark and Hollywood took advantage with a myriad of Red Scare-imbued alien invasion stories, two things were certain: the invaders invited awe with their appearance, and humanity’s righteous military firepower always won. That is not Nope.

The Red Scare is no more. And the internet, by exposing us to infinite things, sapped the awe. Hollywood did too, because anything on screen is probably fake. With Nope, the obsession to capture reality above all else – self, family, and livelihood included – blends into the classic sci-fi form. It’s a movie that concerns exploitation at its worst because no one in this movie realizes their logical fault. Internet fame (or Oprah) means an easy cash-in. That people die matters not.

Nope is a title that represents total defeat

Weird, compelling, unique, Nope defines them all, embracing creative freedom in a way few directors can under a major studio banner. Nope reconstructs the American western, not with John Wayne archetypes, but hollow, attention-seeking 30-somethings who make the unreal real for a living. OJ (Daniel Kaluuya) keeps his father’s traditional business going, that of a horse wrangler for cinema, yet clearly has no interest. He, like everyone in the internet age, wants the grandiosity, the exposure, and the stardom.

In its design, Nope makes westernized heroes (even villains, arguably) from its main characters, but does so in a clash that pits technology against the organic. It’s emblematic as OJ rides through the finale on horseback and his charismatic sister Emerald (Keke Palmer) rushes from the threat on a motorcycle. Electric cameras prove worthless in photographing the sky-born threat, so a hand-cranked camera serves as the back-up. There’s the fake west, a gaudy tourist trap theme park, and the old west run by trainers on a dusty farm.

Nope is a title that represents total defeat, that we shouldn’t act this way in society. It’s a grueling message, delivered with raucous, yet even soft absurdity to dampen the human embarrassment Nope produces. A child traumatized during an on-set sitcom tragedy repeats his mistake as an adult. Then Emerald and OJ never have that moment of rationalization, and in their own tragic way, fail to express the natural awe that would salvage their operation. This thing, this ship from another world, is theirs alone. Theirs to own. Theirs to exploit. Theirs to profit from.

In that, Nope finds one of the most engrossing alien attack stories of any era. 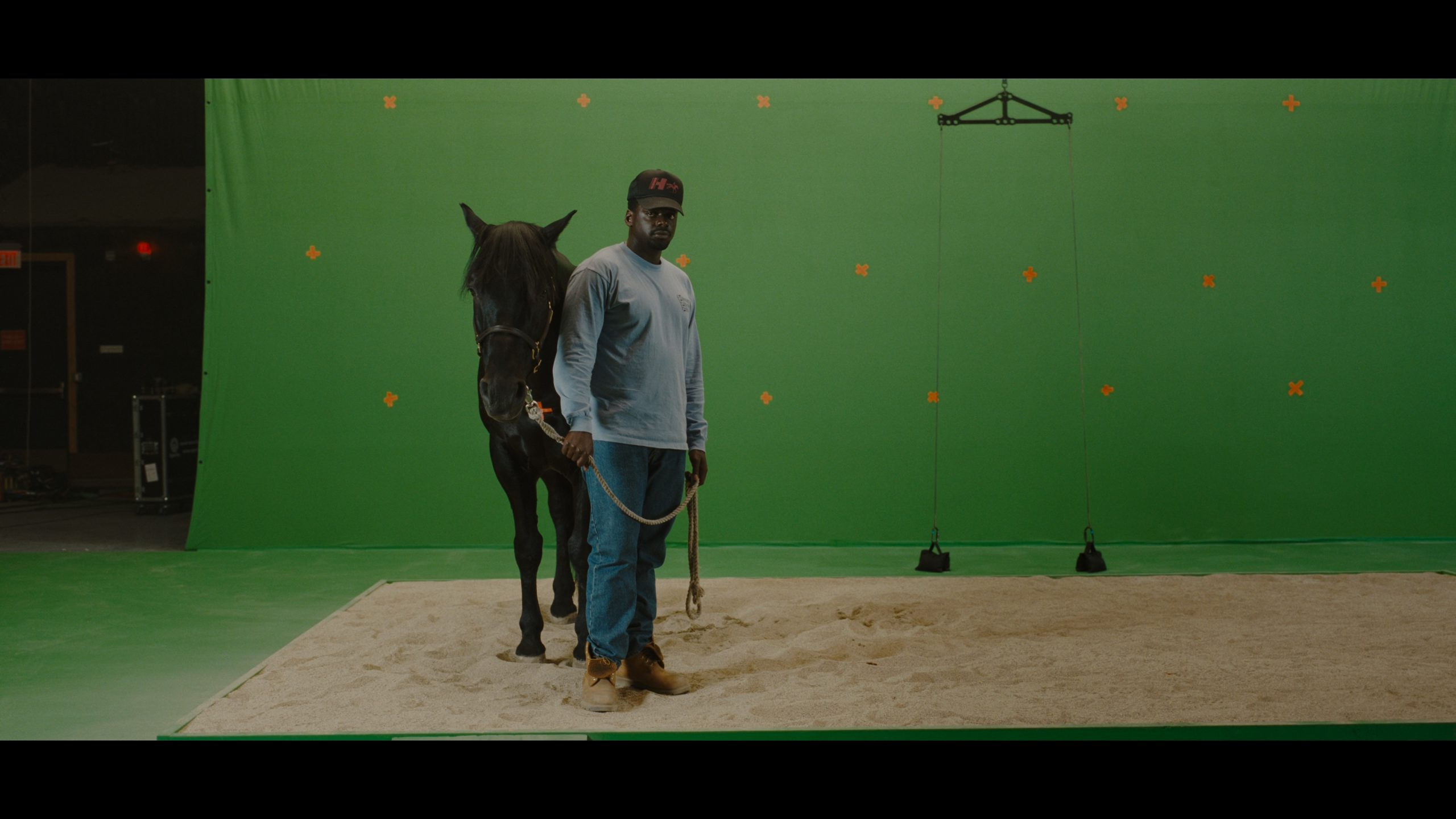 Hearty contrast and dense black levels keep Nope visually dimensional. HDR brings the spark to lights against the nighttime sky, and Nope isn’t afraid to play in darkness. True black isn’t always the goal, yet little is lost. Clarity helps too, but this is limited in places by small rounds of noise. It’s generally harmless, but does intrude on otherwise crystalline imagery and the slight, almost imperceptible grain.

Eclectic sound design lets effects wander around the stage. Unearthly screeches and howls find homes in the rears and overhead, the placement eerie. This Atmos mix follows voices too, moving characters through the stereos, surrounds, and heights in various places where appropriate.

Five deleted scenes open the bonus menu, and that’s on both the UHD and Blu-ray. A gag reel lasts just past five minutes. At 56-minutes, the making of is fantastic, and for a new release from a major studio, a refreshing break from EPK fodder that usually makes up the bonus menus. Fourteen minutes focus on the alien creature itself in the follow-up featurette. Finally, Mystery Man of Muybridge spends five minutes exploring the first moving film.

Surreal, unusual, and compelling, Nope keeps a continual level of wonder alive until the final act.