By the late 1970s, America’s religious were shunning Christianity, turning to eastern philosophies like Hinduism, spurred on by an almost fad diet-like push to be different. The Amityville Horror rejects those foreign ideologies.

Christianity is everywhere in Amityville Horror. Moving into their new house, the Lutz’s begin unpacking, and one of the first finds is a crucifixion cross. That immediately goes on the wall. Priests and nuns fill the runtime with their presence. Conversations over the religious implications of the Lutz’s circumstances take up an entire scene, and Kathy (Margot Kidder) repeatedly calls her priest for advice.

Religion is the most interesting thing about The Amityville Horror

“Don’t you think you sound a little medieval?” spouts a priest to Father Delaney (Rod Steiger) as Delaney pleads with others for help due to the evil he feels within the Lutz’s home. It’s not so much as they don’t believe Delaney – although that’s part of their defensive posture – so much as relying on foreboding tales of Satanic existence was becoming too old-fashioned against more modern belief systems.

Religion is the most interesting thing about The Amityville Horror, utilizing belief and horror equally. The rest is rather mindless while George Lutz (James Brolin) descends toward madness due to the unseen force, and various jump scares shock the audience awake. Old ghost house stand-bys like chairs rocking in the night or doors opening/closing on their own feel not only outmoded, but generic. Amityville Horror adds doors being blasted inward for contemporary effect, even if the result isn’t that new.

Via a spurious origin, Amityville Horror never explicitly lays out what tormented the Lutz’s over near two-hours of runtime. In vague terms, a portal to hell resided in their basement, and George’s lapse in faith let unseen demons into the home. That unexplained phenomena made the real world family rich after they sold their story, and tiresome sequels furthered that profitability. Hollywood concocted better, more tense, and freakier ghost stories than this though, both before and after Amityville Horror. It’s an odd, headline-fetching relic during a time of social change in the religious community and little else. 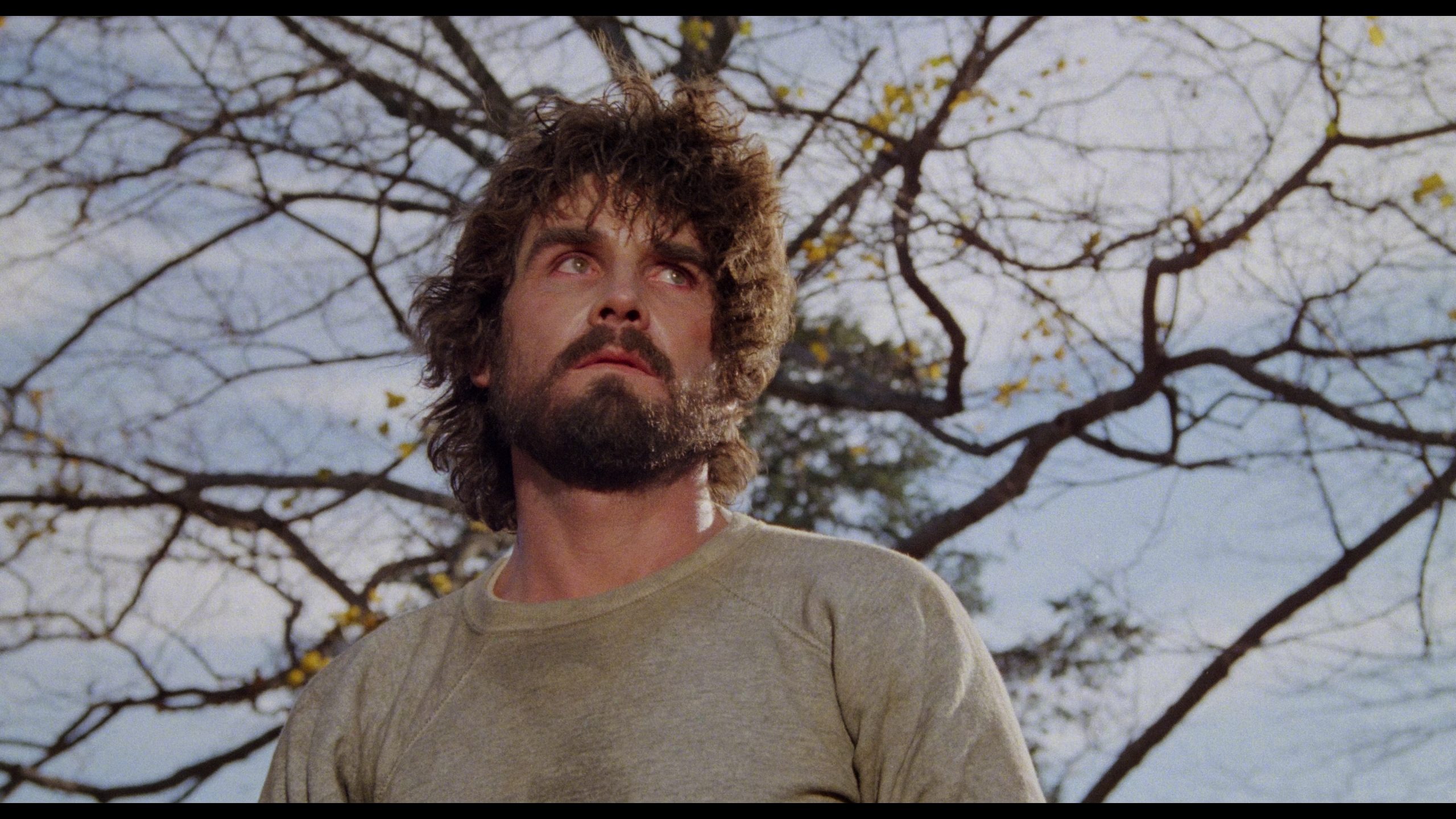 While a few specks mar the print in places, those minor imperfections don’t detract from a gorgeous new scan. Immediately noticeable is the color, preserved as is, naturally bold and accurate, yet still vibrant. Primaries hit their marks, consistently stable too.

A strong veneer of grain resides over the imagery, holding firm with a few exceptions where compression reveals the digital nature. Generally, Amityville Horror looks like pure film, transparent to the source. This allows the sensational texture to appear wherever possible, from close-ups to home exteriors. Trees and debris look just as stellar as facial definition.

Carefully utilized HDR enhances sunlight glistening off the lake waters along with overall contrast. Dense black levels provide the needed shadows, only crushing as needed where the cinematography calls for it. Amityville Horror shows marvelous depth as a result, balanced on both ends of the dynamic range.

An active, widely separated surround mix is pure positional magic. Everything tracks from screen to speaker, whether dialog, a door shutting, or spectacular rain effects. Spooky voices find a place in the rears, and when the spirits begin their assault, they do so from every angle. For 1979, this is startlingly accurate, even if the dated stock studio effects give it away. Dialog sounds naturally worn with age.

There’s no low-end support to consider.

On the UHD, there’s a commentary (shared with the Blu-ray) from Dr. Hans Holzer. The Blu-ray contains the rest, a mix of new and old. My Amityville Diaries is a fresh retrospective running 21-minutes. An older making-of documentary also reaches 21-minutes. Four interviews from 2017 include James Brolin, Meeno Peluce, screenwriter Sandor Stern, and composer Lalo Schifrin come next, with an additional earlier Schifrin interview from 2013 following. An intro from Holzer and promo materials complete this set.