For almost the entire 90-minutes, Ben (Duane Jones) strategically counters a zombie assault, mostly on his own. Trapped inside a farmhouse as the world endures an undead plague, Ben fights not only zombies, but predictable, cruel social decay.

With only a few characters, Night of the Living Dead finds needed archetypes to fill this story, each representing a mood amid chaos. The woman in shock, the idealist kids, scared parents, and the weak-minded isolationist stare down their inevitable doom as it approaches en masse outside.

Night of the Living Dead is a sensational commentary, dripping with 1960s ethos

After a hurricane, earthquake, or other disaster, it’s believed humanity will always come together, find their shared values, and help one another. Of the late ‘60s, Night of the Living Dead took a more appropriate, even realistic viewpoint that society shatters under duress, because instinct drives us, not niceties.

Night of the Living Dead isn’t a great zombie movie. The genre so evolved due to its influence that even television can produce grander – even more graphic – thrills. Not that Night of the Living Dead relaxes its tension so much as the rudimentary, lumbering ghouls allow for only baseline thrills when viewed through modern eyes.

However, Night of the Living Dead is a sensational commentary, dripping with 1960s ethos and an ending so cruel and callous, the following decade would spend endless movies trying to replicate the same bleak brutality. And, when considered in the current contemporary perspective, one of the most chilling indictments on racial injustice and rabid gun culture.

Partway through, TV news follows a militia as they gun down the radioactive beings. Reporters never question the actions – it’s a community banding together to save their homestead against an unparalleled threat, in their eyes. Then they kill Ben.

It’s not only that they kill Ben so much as the malice they show in doing so. Making his stand against the creatures, Ben never realizes the true threat is that of an equally deadly horde, just a living one with determined thought. There’s no shock on anyone’s face after Ben’s death. The militia leader congratulates the shooter for getting, “another one.” That intentional vagueness sounds accidental until the end credits sweep images of Ben’s dead body being carried out by his killers, no shock, no shame, no fear. They got away with it under cover, and they’ll be counted as heroes. 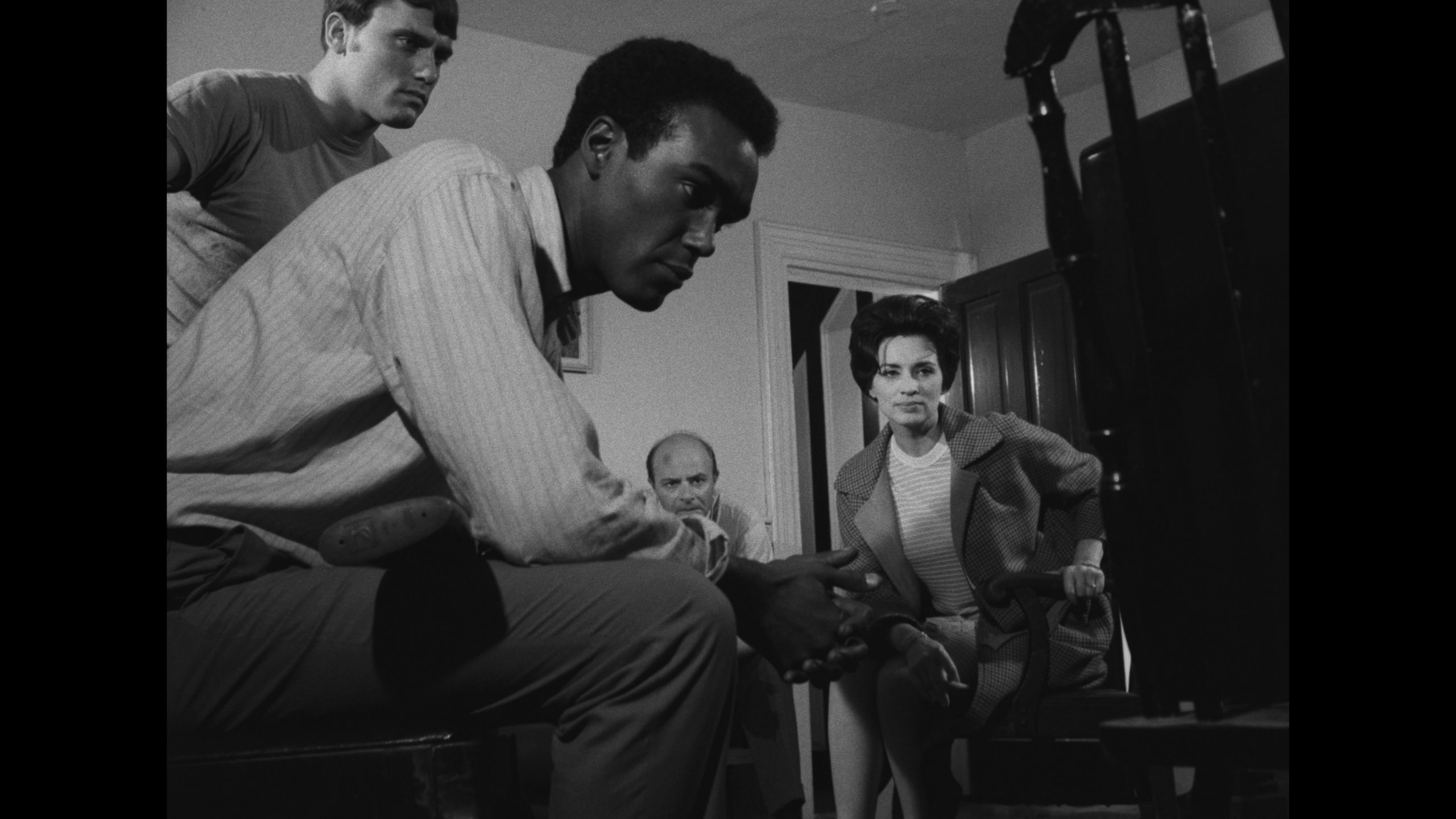 After growing up on shoddy public domain prints, Criterion’s Night of the Living Dead is a revelation. Yes, other Blu-ray editions looked fantastic (Criterion’s own too), but the precise texture on display via this UHD betters anything from before. Opening scenes in the cemetery reveal individual leaves and pine needles on trees. There’s texture everywhere, whether wood in the fortified home, clothes, or facial definition.

PCM mono exemplifies how great vintage, low-budget audio can sound when handled with such care. While natural limitations remove any chance Night of the Living Dead will carry much sonic range, what’s here shows great stability, general smoothness in the upper registers (with straining at the top peaks), and crisp dialog. Considering the cheap conditions Romero filmed Night of the Living Dead in, this track sounds infinitely better than expected.

Criterion then includes both Blu-rays from their previous (and massive) special edition. The 24-minute Light in the Darkness brings filmmakers together to discuss Night of the Living Dead’s influence. Learning from Scratch looks into Latent Image’s studio history. A collection of 16mm raw footage is an incredible find. A piece on the music, documentary snippet, festival chats, and a video essay continue packing the bonuses. Plentiful marketing materials round things off nicely.

Night of the Living Dead

Consistent tension, fear, and social decay mark Night of the Living Dead, creating a masterpiece in the process.