Played with serious tone and ferocious, grisly subtext, Legend of Dinosaurs doesn’t spare humanity. It actively despises people. A scientist directly says as much, calling out the, “stupid human race.” Characters refuse to help others unless they’re paid, and another scientist tosses aside moral obligations to hunt for personal profit.

No one listens to each other in this movie. Photo evidence that a living dinosaur patrols a lake near Mt. Fuji is brushed aside. Direct warnings to communities not to swim go unheeded. Told not to go diving after her partner was eaten, a woman loads up her oxygen tank anyway. “Stupid human race,” indeed.

Legend of Dinosaurs, among the decade’s weirdest, surreal dino-movie curiosities

Legend of Dinosaurs embraces late ‘70s fatalism, backing itself on Jaws’ success and undoubtedly King Kong’s remake the prior year. It’s a heartless dinosaur movie, grim, bloody, and even revolting in its worldview. No one is good. No one does the right thing. Legend of Dinosaurs roots for the title creatures.

And then Legend of Dinosaurs blows it all. What’s primed be an eccentric oddity in typically simple genre erodes via sheer boredom, grating soundtrack, and pitifully hilarious visual effects. Forty-minutes in and finally Legend of Dinosaurs sees its first on-screen kill. Before that is a plodding moral tale that makes no grand impact on the larger story. Whatever motivations seemed important during the first act disappear for the finale, using two barely mobile puppets and an even less convincing suit to portray the ancient beasts.

People panic as earthquakes rip apart the land. That’s competent effects work, if undone by a screeching, clearly inappropriate score, which at one point, serenades extreme danger with a soft love ballad. It’s one thing to subvert expectations, another to obliterate tension by blaring pop songs as a lava flow threatens to consume the lead characters; that’s Legend of Dinosaurs, among the decade’s weirdest, surreal dino-movie curiosities. 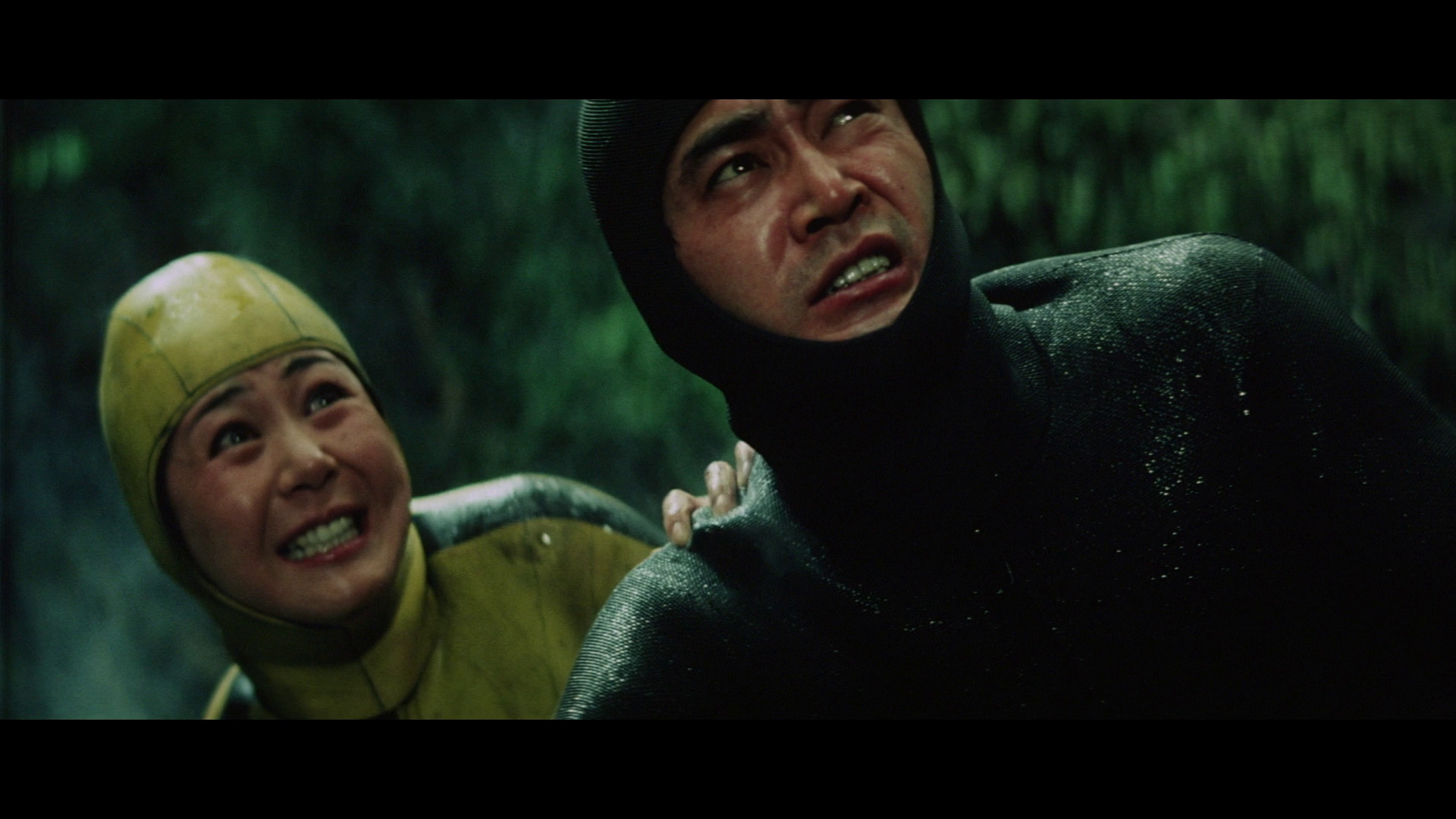 If there’s a complaint, the color looks both skewed and exaggerated. Peak white takes either a yellow or green-ish hue, as do the other colors. Primaries do look quite vibrant, but always play host to an off-tint, aged quality. That’s the only thing holding Legend of Dinosaurs back.

Both an English dub and original Japanese mono are offered in PCM. Dialog wavers in clarity, losing firmness in places, adding a scratchy, coarse quality. Nothing is lost and it’s all audible, just notably rough.

For the score, the surreal, grinding horns and violins nicely peaked, free from distortion.

Just two trailers, a teaser and a full length one.

Legend of Dinosaurs and Monster Birds

Awful yet fascinating, Legend of Dinosaurs despises humanity in a way few monster movies do, creating a premium example of ’70s era fatalism.