The Necro Files is an outrageously low budget horror shocker from the ‘90s underground scene, probably most famous for its flying demon baby prop. The no-budget indie film is a ludicrous combination of sleaze and embarrassing dollar store effects, producing an unlikely comedic tone mixed into its tawdry thrills.

Director Matt Jaissle’s cheekily dedicates his film to exploitation filmmaker Joe D’Amato. There’s nudity and plenty of trashy gore in the unhinged production but no flash of actual talent, either in the cast or filmmaking. The effects are gruesomely memorable but laughably amateurish.

Made for the waning years of VHS, The Necro Files recalls the thriving underground horror scene

Made for the waning years of VHS, The Necro Files recalls the thriving underground horror scene which the format fostered through the late 1980s and 1990s. Is it a lost gem yearning for rediscovered fame and cult glory? That’s a simple no.

This is indie horror which easily lands in the so-bad-it’s-good category, remembered as much for its failures and goofy flaws. A psycho cannibal rapist returns from the dead, brought back by a bumbling satanic cult as a sex-mad zombie with a permanent erection. The new zombie goes around town humping anything in sight. Throw in a demon baby floating around on a string and deranged cops hot on the case, you have a recipe only the most rabid gorehound could love.

The premise may have actually worked under different circumstances. There’s an ambition bubbling under the surface despite horrible FX and amateurish direction. Filmmaker Matt Jaissle tackles the zombie genre with a fairly unique approach, made during an era when the monsters had fallen out of favor.

The Necro Files is tolerable for a very small niche of curious genre fans and those seeking punishment for their transgressions. If the opening murder scene doesn’t grab you with its gross effects and over the top delivery, it’s not worth your time. It is a film horror fanatics may want to check off simply for street cred in the community. 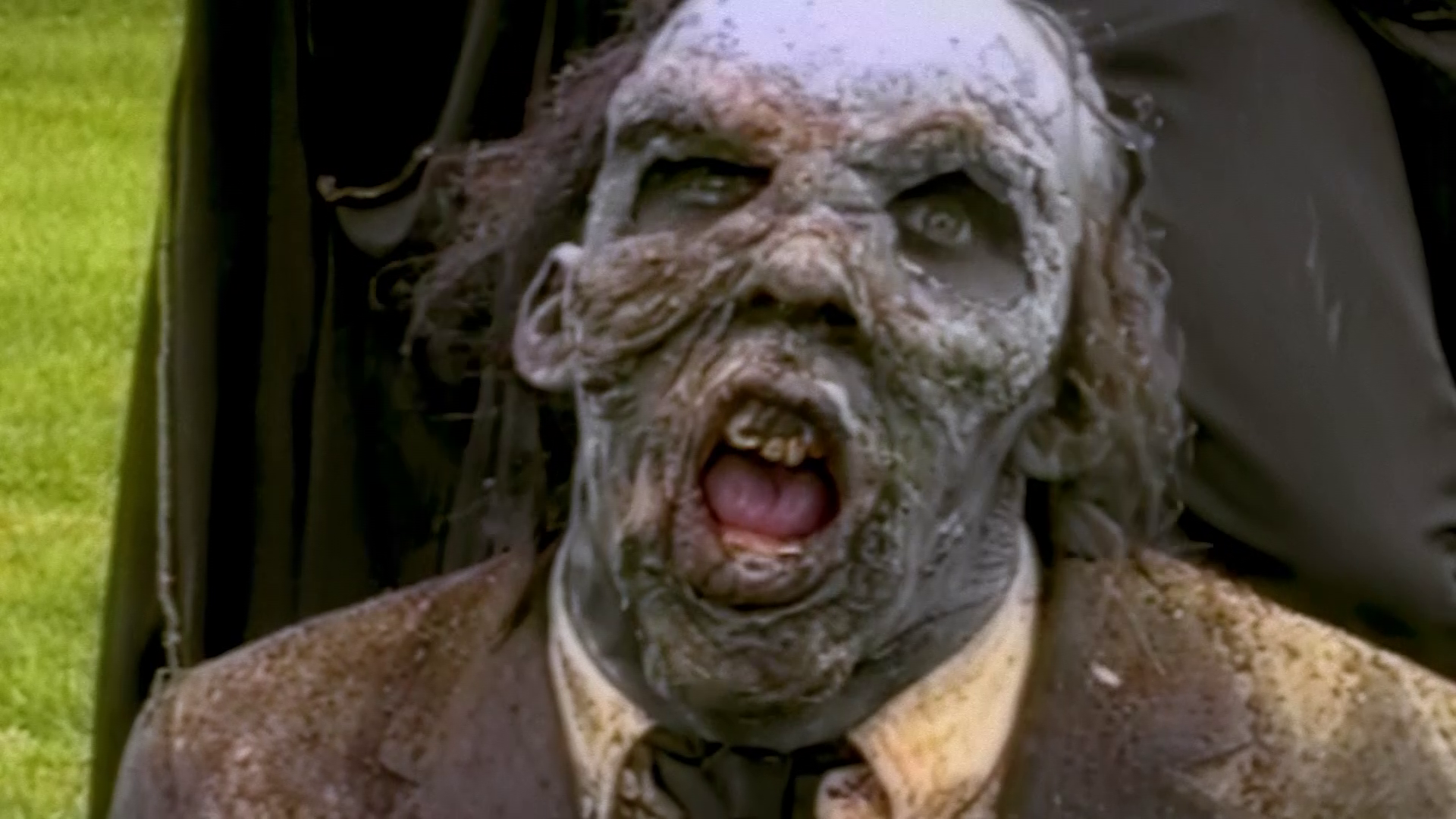 The fully uncut version barely run 72 minutes, shot on video with natural lighting. The resulting picture quality on Blu-ray reflects the standard definition material’s inherent limitations, looking terrible in upscaled 1080i video. Visual Vengeance says the transfer is from “original archival 1997 SD tape masters” and that shows up in spades in the dismal picture quality.

Recorded on Super VHS with at most 240 lines of resolution, viewers may be unprepared for such shoddy video on a format like Blu-ray after all these years. The sub-par definition and poor color reproduction looks hideous.

The 1.78:1 presentation has abysmal detail and frequent crushing in darker scenes. There is aliasing and combing artifacts littered throughout the movie’s running time. It’s hard determining if the AVC encode falters on its own, or banding and other issues are due to the limited source material.

The Necro Files is included with a recent sequel on a BD-25. It’s clear Visual Vengeance didn’t go to great lengths restoring the video, presumably limited by what they were working with.

2.0 DTS-HD MA sound comes off better than the VHS-quality video recording. The Necro Files has an electronic score which may be its most polished aspect. There’s still somewhat erratic balance issues, especially in exterior scenes. Dialogue is cleanly intelligible in most interiors, while rougher when filming outdoors.

As a new label to the underground horror scene, Visual Vengeance goes the extra mile for Matt Jaissle’s demented horror film. The Necro Files hits Blu-ray for the first time with a bevy of special features and physical goodies designed for jaded collectors. Arriving in a slipcover and clear case, inside is a retro VHS sticker set, a mini-poster, an insert and most importantly an “official” Necro Files condom. In all my years of reviewing, this is the first condom I’ve seen thrown in as a bonus. There’s also a reversible sleeve featuring original VHS art.

The BD is coded for all regions.

There’s a lot of content on the disc itself, including a recent sequel in full and a new director’s commentary.

The Necro Files on Chilean Talk Show (4:05 in HD?) – A strange little segment from a Chilean program in Spanish.

The following six screen shots serve as samples for our subscription-exclusive set of up to 36 full resolution, uncompressed HD screen shots grabbed directly from the Blu-ray: