Mr. Magoo and Chow Yun-Fat Too

Not long after Jackie Chan broke into mainstream western cinema via Rush Hour came a brief spurt where Jet Li and Chow Yun-Fat made their own attempts at Hollywood glory. American audiences weren’t quite ready though.

Replacement Killers features a monk named Alan and Chow Yun-Fat’s character is named John. So no, American’s certainly were not ready for Hong Kong cinema.

Replacement Killers finds itself stuck as a cultural relic

Antoine Fuqua was an inspired choice to try though, giving Replacement Killers the occasional kick to mimic the intended Asian gunplay. Dual-wielding pistols, Yun-Fat engages his enemies in acrobatic and showy ways, punching bullets through cars and into faceless goons at a furious clip. Slow-motion theatrics make the action digestible visually for moviegoers not accustomed to the hearty pace frequently used in eastern gun-fu.

It’s passe now. Some 25-years later in a post-Matrix world, the Americanized take struggles to find its identity. Replacement Killers uses the “moral killer” trope as its baseline. Limited in backstory, Yun-Fat’s John refuses to carry out a cruel hit on a child, marking him for death. Loop in Mira Sorvino for localized star power and brief romantic/buddy in-fighting, and that’s Replacement Killer’s baseline.

The creativity stays within the shoot-outs, each set in unique locations like a car wash, dance club, or an arcade. There, sparks can enhance every bullet bouncing from a wall, men can be blown backward by a handgun shot, and destruction can reach ridiculous levels. It’s fun, if plain. The Chow Yun-Fat-starring Hard Boiled came out six years before The Replacement Killers, and the latter plays as if still catching up.

In terms of Fuqua’s resume, Replacement Killers doesn’t divest from his typical action-driven flair, although it’s less character-driven than his more experienced, future works like Training Day. This is a star-making vehicle – or intended to be, anyway – and focus remains on flashiness over depth. Coming from music videos, Fuqua’s style is evident as the camera twists diagonally during fast zooms, but respects Yun-Fat’s techniques and doesn’t lose them as the chaos ensues. Rudimentary, Replacement Killers finds itself stuck as a cultural relic. 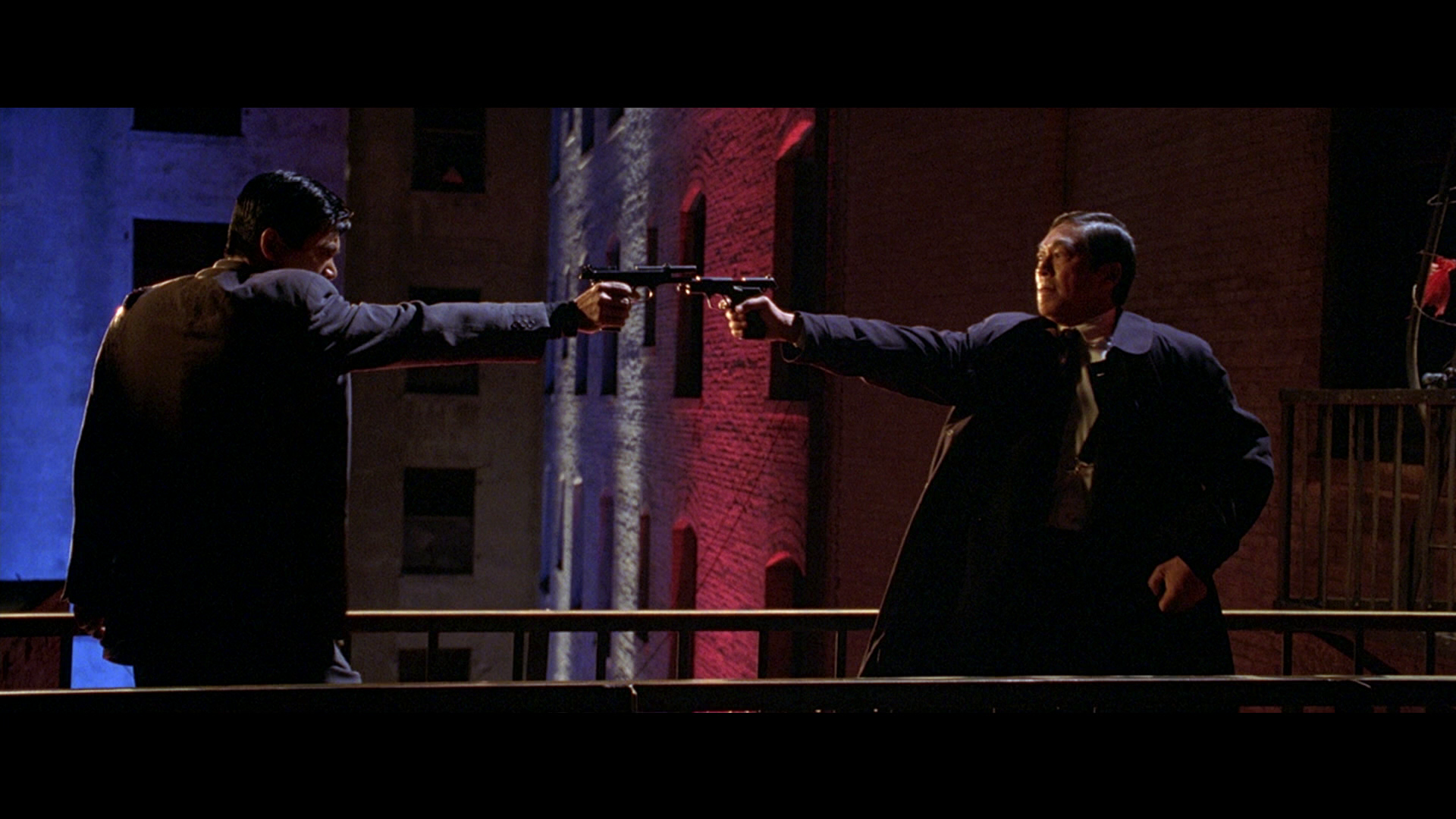 Originally released on Blu-ray by Sony themselves, that master was outdated even in 2009. Then, Mill Creek released a double pack that included Replacement Killers and Truth or Consequences, N.M. Mill Creek licenses that same master for this Retro VHS-style re-release, which in turn is the same as Sony’s. Replacement Killers isn’t an abomination, just in need of a fresh scan. Imagery never rises above soft, and the definition that results lacks clarity. Fidelity wanes everywhere. Texture sags, and Replacement Killers looks meant for DVD at best.

Grain sticks around, however menial it appears. Encoding leaves artifacts behind, especially visible in darker portions of the screen. So no, black levels don’t hit their marks, or at least not often. Replacement Killers isn’t pale, just lacking in certain parts of the frame.

It’s one thing to license an older video master, but it’s another for, whatever reason, to drop the 5.1 audio mix and replace it with a stereo track. That’s the case here, and while not lacking in dynamics (the opening techno track works the subwoofer heartily), the diminished spacing is a loss. Stereos perform minimal separation, leaving this heavy actioner without the now expected bullet trails, debris scattering, and other such effects. Gunshots need added pop, but won’t get it.