Superman & Lois was warmly received by fans in its maiden season, never a sure thing for a weary DC fanbase turned off by a waning Arrowverse on the CW. Depicting Clark Kent and Lois Lane some years into their marriage, the addition of twin teenage sons and their ensuing drama creates the necessary emotional investment demanded by episodic television. It won over most long-time fans and brought in new ones looking for a healthy combination of earnest heroism and the domestic struggles of raising two teenagers.

Some of the best special effects for any DC program help bolster its case as a smoothly polished and well-conceived production. Taking fresh spins on familiar characters like Lana Lang and John Henry Irons, while maintaining a healthy respect for the classic Superman mythos, the series is what fans needed after the contentious Man of Steel on the theatrical side split fandom right down the middle. Light years better than the earlier Supergirl show, Superman & Lois is a welcome breath of fresh air.

Season Two’s production was beleaguered by COVID-related delays but you would be hard-pressed finding traces in the final product. Originally airing on the CW before appearing on HBO Max, the season became a resounding success as domestic issues were mostly left on the back-burner for the epic clash of Superman and Bizarro. Toss in a hostile military willing to employ super-charged soldiers and a sneaky Tal-Rho hanging around, it’s all one needs for potent comic book adventures starring the world’s greatest superhero.

Tyler Hoechlin isn’t going to make anyone forget Christopher Reeve but he makes for a fairly decent Superman and Clark Kent on television. Tyler recalls a bit of Dean Cain in the role with a little more gravitas thrown in for dramatic heft. A Superman show doesn’t work without the right actor for the Man of Steel. He shares more chemistry with Emmanuelle Chriqui playing Lana Lang than Superman’s actual wife Lois Lane (Bitsie Tulloch), but it’s not a real problem. Tulloch is a somewhat forgettable Lois, given little to work with except as decoration in Superman’s wider world. Lana is given a lame b-plot running for Smallville’s mayor.

General Lane (Dylan Walsh) recedes into the background for season two as the character retires from the military and Superman develops a more antagonistic relationship with the U.S. Army. A cult guru named Ally Allston becomes prominent, leading up to the introduction of Bizarro from another dimension.

For a concept which has crept into the cultural lexicon almost by osmosis, it’s amazing one of Superman’s oldest and best foes has been kept off the silver screen. The writers judiciously incorporate Bizarro and his world into the series with fewer difficulties than expected. Mostly a clever use of the character leads up to the show’s best episode of its first two seasons, “Bizarros In A Bizarro World.” A fresh and immensely successful adaptation of a comic book character which has never really seen a decent live-action version before Superman & Lois.

The Kents’ sons Jonathan (Jordan Elsass) and Jordan (Alex Garfin) are given their own recurring sub-arcs which don’t distract from Superman’s primary adventures. Jordan got a lot of screen time in season one thanks to developing his own powers. Jordan’s presence is primarily diminished to his on again-off again relationship with Sarah, Lana Lang’s moody daughter. Jonathan has a bigger role in season two thanks to developments I won’t spoil.

After this entertaining second season ended strongly, stunning news hit Superman & Lois which will affect its future. Jordan Elsass, the young man playing Jonathan Kent, was abruptly leaving the series for personal reasons. Producers decided to recast Jonathan instead of writing the integral character off Superman & Lois. Popular with viewers, Jordan will be missed. At least the young actor goes out on a high note, playing a twisted version of his character in the Bizarro dimension. 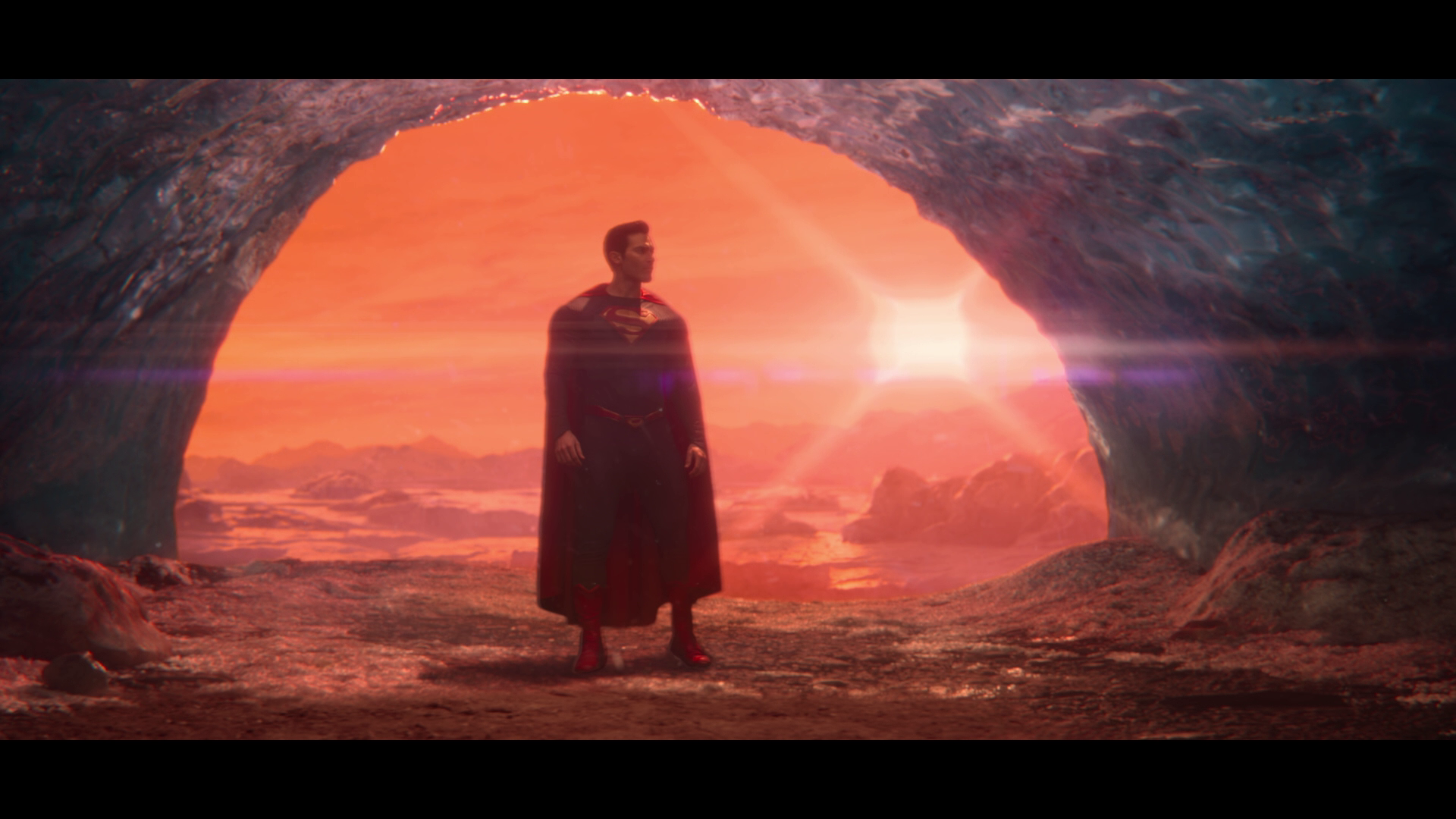 All fifteen episodes of the second season are equally spread over three BD-50s. Superman & Lois looks fantastic at 1080p resolution on BD. The razor-sharp video is pristine, looking great in a wide variety of different palettes. The clean AVC encode nicely handles the inherent definition and dimensionality flawlessly. Perfect black levels, an even contrast, and interesting panoramic cinematography fill the 2.20:1 aspect ratio with cinematic reach.

Picture quality benefits from the larger-than-usual budget for a superhero show produced for the CW. Detail is outrageous in close-ups and the digital colorists have worked magic in subtly manipulating the grading for different settings. Tal-Rho’s red sun prison run by the military gleams with an eerie glow. Wait until you see what they’ve done for Bizarro’s twisted world.

I rarely find television video quality this consistently jaw-dropping on home video. The Blu-rays are massive improvements over their original HD broadcasts.

Better than your standard television production intended for network TV, the discrete audio delivers pinpoint imaging and a massive soundstage. Flight is portrayed with a bevy of neat sound effects and Superman’s superhuman hearing is perfectly depicted in the mix.

Optional English SDH subtitles play in a white font inside the 2.20:1 aspect ratio at all times.

WB includes fewer bonus features than the show’s first season Blu-ray set. The three-disc set does include a VUDU digital copy which redeems in HDX quality for all fifteen episodes. None of the cast appear on the relatively lightweight featurettes.

It should be mentioned something has changed slightly from the first season. Forgoing a slipcase, season two instead arrives with an ordinary slipcover. Appears to be a cost-cutting measure we’ll have to keep track of on new WB television releases.

Fractured: The Heart of Bizarro (09:59 in HD) – Producers Todd Helbing and Kristi Korzec delve into the primary antagonist of season two, Bizarro. There’s minor behind-the-scenes footage intercut into the interviews.

The DC Heroes: Path to Glory (17:22 in HD) – A featurette which includes discussion from producers on companion CW shows like Batwoman and The Flash besides input from Superman & Lois producers. Flash showrunner Eric Wallace and Batwoman producer Caroline Dries highlight their shows’ respective superheroes. Smells like a featurette intended for multiple Blu-ray sets since it works just as well for those other CW programs.

Bizarro arrives on the scene as Superman soars in this imaginative second season of the hit show.